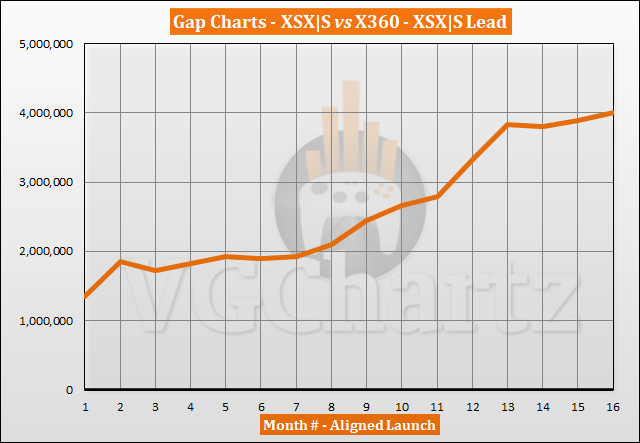 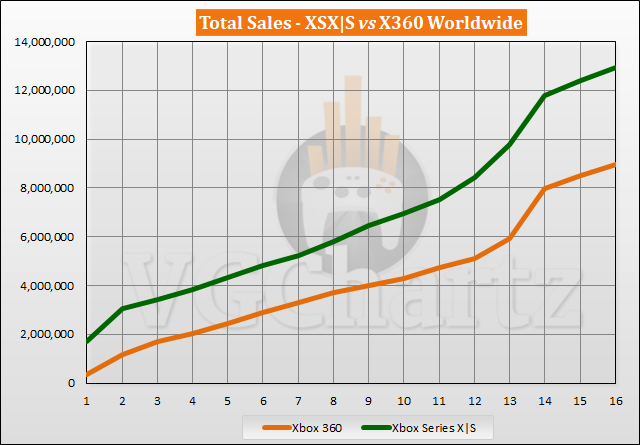 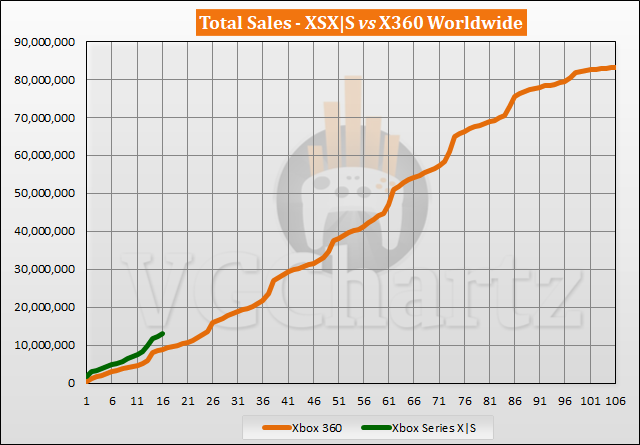 The Xbox 360 did not reach current Xbox Series X|S sales until month 25 where it had sold 13.70 million units.

Series consoles are selling well. I am certain that they'll cross 360. Factors that'll help Series consoles later in life are:
-GamePass
-Cheap price point (than building a PC)
-Cloud (can play 10th gen games)
-maybe Activision (I'll only be able to fully include Activision once the deal is done)

I wonder what the Series consoles would be able to do to match the late life surge the 360 experienced, if it can do anything at all. I’m picturing 3 years from now a $150 Series S slim Black Friday deal or something. I already have a series X but at that price even I would probably pick one up as a bedroom streaming/casual gaming device.


I don’t think it will happen though. The series consoles getting to about 70 million units sold lifetime seems pretty reasonable but much more than that is really hard to say right now

I wonder what the graph would be like if there was no Series S? Would be nice to have a better idea what the split is, especially since it's two different tiers from launch and not mid gen upgrades like last gen.

Can xbox hit the 100 million mark this generation?