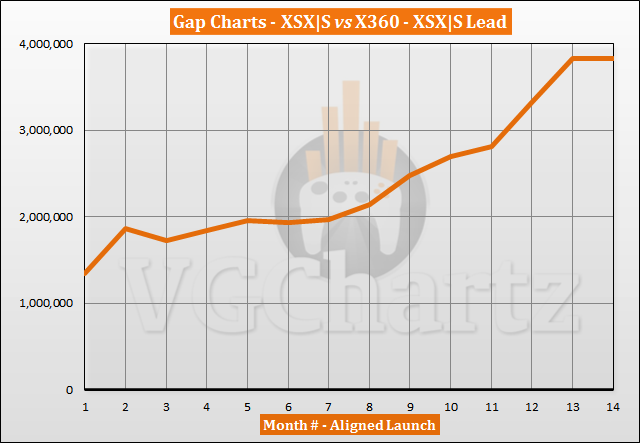 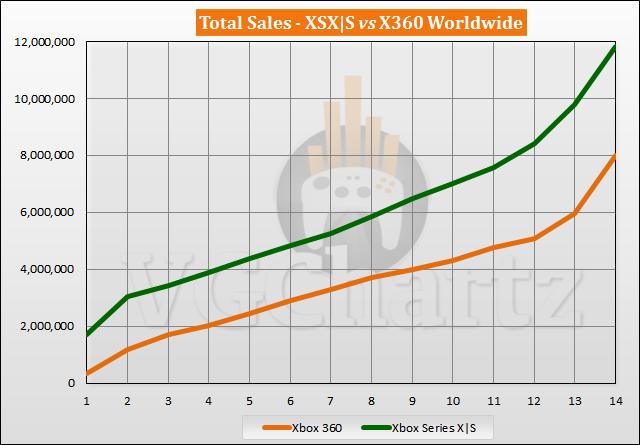 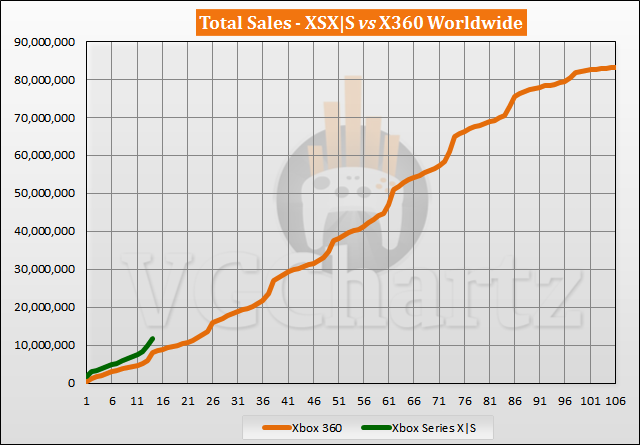 The Xbox 360 did not reach current Xbox Series X|S sales until month 23 where it had sold 11.90 million units.

I think Xbox Series X|S is crossing Xbox 360's lifetime sales. They've barely released next gen games and yet they've already sold more than 12m consoles. Their holiday lineup is packed, last year it was Halo & Forza H. while this year it is Starfield, STALKER 2, Scorn and maybe Forza M. And then next year it will be some more announced games (Perfect Dark/The Outer Worlds/Fable maybe). And holidays are that time of the year when there is an uptick in sales. Xbox has the capacity to pump out big titles around holiday season. This will help them a lot.

And when you're looking at that following year ("Perfect Dark/The Outer Worlds/Fable maybe") you might also be looking at Forza Horizon 6 as well, as Horizon usually comes out in a 2 year cadence. I think adding Day 1 support for both PC and Xbox Series was what lead to the 3 year gap between Horizon 4 and 5, but we might see them return to the 2 year cadence now that they probably have the luxury of dropping Xbox One support for 6.

Not to imply that the Series X/S won't sell great, but people need to remember that 7th gen was the definition of slow burn for the HD twins. The PS3 sold best it's fifth year on the market, and the 360's best year was it's sixth year on the market. So Series X/S will need good sales and longevity to beat the 360 overall, but they are off to a great start!

Valid point, and I believe the Xbox One also started with a large lead over the Xbox 360. Ultimately the Xbox one had very poor legs

Valid points about the Xbox One's quick start before fading, and the Xbox 360's slow burn. But the Xbox Series has many advantages over any of the previous Xbox SKUs. Some that come to mind: