Roller Champions Arrives May 25 for PS4, Xbox One, and PC

Watch Dogs Legion Will Not be Getting Anymore Updates - News

The development team for Watch Dogs Legion in an update via the Ubisoft website announced the game will no longer be getting anymore updates.

"[Title Update]  5.6 was our final update for Watch Dogs: Legion," reads the update from the development team. "However, you can look forward to reward tracks in the Online Mode, containing both new and returning rewards.

"The current season 4 Rebels track, containing 80 ranks, will run until January 22, 2022, followed by Season 5 Stripes. After that, Seasons 3-5 will continue to cycle and return to the game, giving you the opportunity to acquire rewards you might have missed out on in the past. Some rewards to look forward to is a modified version of Aiden Pearce's jacket, and Jackson's mask and clothing set. 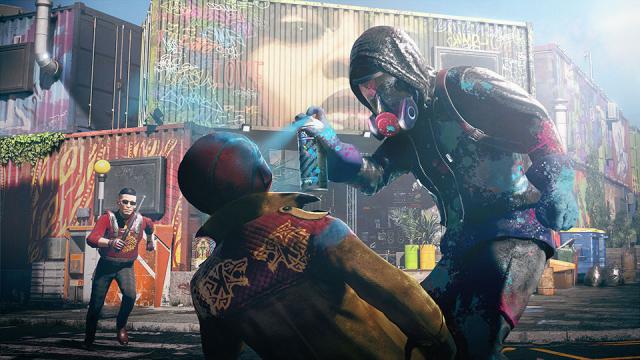 "The game has grown by leaps and bounds, with a ton of content to explore, from a sprawling near future city to an action-packed Online Mode. We couldn't be prouder of the game we've created, and we appreciate all of you who've joined us on this journey in London over the year. We look forward to seeing more of your adventures in Legion!"

Watch Dogs Legion released in October 2020. It is available for the PlayStation 5, Xbox Series X|S, PlayStation 4, Xbox One, and PC.

1 year and 3 months of content really isn't that bad for a game that was primarily singleplayer. Hopefully we get a 4th Watch Dogs in like 2 or 3 years.

Just goes to show that if it doesn't set the world on fire, Ubi ain't gonna support it for long.

I think their support was pretty good. It is a largely single player game, and it received updates for over a year

I enjoyed both WD2 and Legion. I never played the first one. I'd like to see another entry in the series, though it could use a short break. 2025ish would be good.

Wait, isn't this a single player game, why does it have seasons? What MP aspect is there? It's a year and a bit old, surprised it was still getting updates anyway. The devs time is better spent on new projects if this is in generally good working order.

Did legion have good sales?

Ubisoft has yet to release lifetime sales numbers, but it made #1 or #2 the week it released in most countries, and the previous two Watch Dogs games both exceeded 10m lifetime sales according to Ubisoft, so I suspect Legion will as well, if it hasn't already passed 10m.

It was in bargain bins a month after release.

That is just an Ubisoft thing, they do it with all of their games. They are well known for dropping to $40, $35, $30, or even $25 by Black Friday on their Holiday release games. I got Far Cry 6 for $25 on Black Friday and it also released in October, same as Watch Dogs did. Even their biggest series, Assassin's Creed, can be found at a substantial discount within 2 months of release.

That doesn't mean that Watch Dogs Legion was a dud, Watch Dogs 2 was also selling for cheap within a month of it's release, and yet Ubisoft said it passed 10m lifetime sales and was obviously considered successful enough for them to greenlight Watch Dogs Legion.

Ubisoft is the only one of the big western publishers that seems to be okay releasing games that aren't likely to be mega blockbusters at
this point. I certainly don't follow their business decisions closely. But, I feel like legion got enough attention that it's probably done well enough for them to make another watch dogs game.