Sony Interactive Entertainment following a leak on the PlayStation Blog has revealed the PlayStation Plus games for December 2021, which will be available from Tuesday, December 7, 2021 to Monday, January 3. 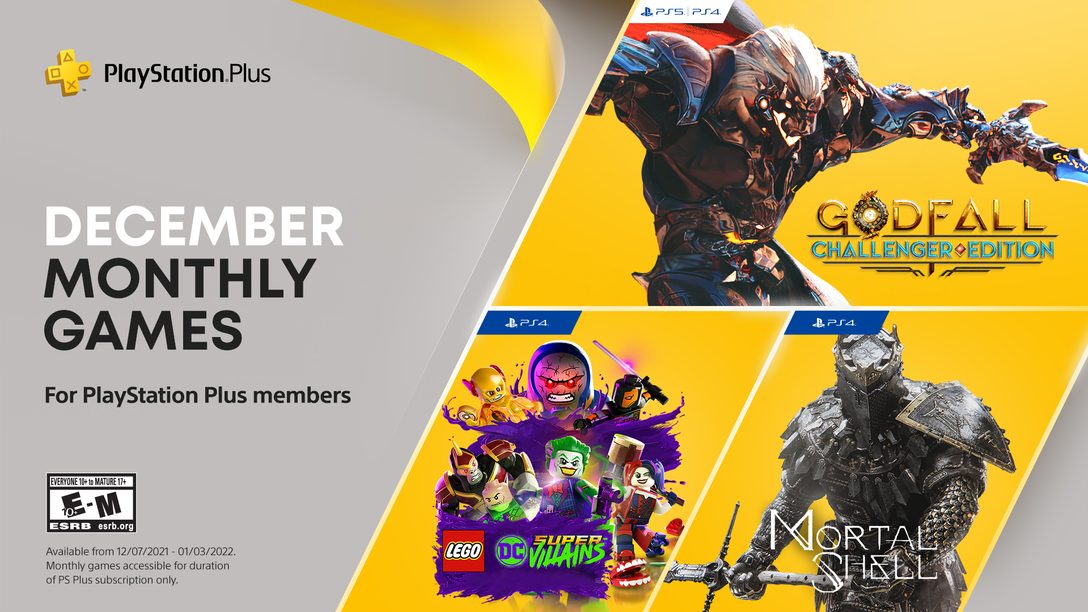 Godfall is a looter-slasher set in a bright fantasy universe filled with heroic knights and arcane magic. Embark on adventure in a fantasy action RPG that utilizes high-impact third-person melee combat to engage players as they hunt for loot, don legendary armor sets and defeat vicious enemies. The Challenger Edition focuses on three unique modes: Lightbringer, Dreamstones, and the Ascended Tower of Trials. All three are endgame-level content, but you’ll be immediately equipped with a spread of deadly weapons and skill points, letting you team up with up to two other players* in co-op. Perfect your build and smash your enemies. Challenger Edition’s endgame co-op is compatible with all upgraded editions of Godfall & supports cross-gen play. Godfall: Challenger Edition players can upgrade at any time to the Deluxe Edition gaining access to both Godfall and Fire & Darkness campaigns.

It’s good to be bad… Embark on an all-new DC Lego adventure by becoming the best villain the universe has seen. Players will create and play as an all-new super-villain throughout the game, unleashing mischievous antics and wreaking havoc in an action-packed story. Set in an open world experience within the DC universe, the Justice League has disappeared, leaving Earth’s protection to their counterparts, who have proclaimed themselves as the ‘Justice Syndicate’. It’s up to you and a crazy group of misfits to uncover the intentions of Earth’s new, strange, wannabe superheroes. Joined by renowned DC Super-Villains: The Joker, Harley Quinn, and countless others from the Injustice League, players will set out on an epic adventure.

Mortal Shell is a ruthless and deep single-player action-RPG that tests your sanity and resilience in a shattered world. As the remains of humanity wither and rot, zealous foes fester in the ruins. They spare no mercy, with survival demanding superior awareness, precision, and instincts. Track down hidden sanctums of devout followers and discover your true purpose.

How does Mortal Shell compare to other Souls like?

Stop you know some people don't like questions . especially reasonable ones .

Is it just me or is this a weak month for free games?

I'm not really surprised considering December is going to be a month in which many are picking up new games for gifts but still it would have been nice to have something a little "bigger" than the titles on this list.

I understand that Godfall was a launch title and was hyped up before its release but if I remember correctly it didn't exactly have the impact many were hoping for come launch day. I'm not trying to sound condescending (I know it can come across that way through text sometimes.) but was Godfall a AAA title? I can't remember.

I don't know. Maybe we have been spoiled with some of the PSplus free games over the last year but I feel like the last few months have been a little lackluster. Anyone else feel the same?

I've actually been wanting to try Godfall and Mortal Shell even if both received a "meh" reception so it's a good month for me.

Don't forget this isn't the full Godfall experience, no story or anything, it's just the endgame modes and you start with a maxed out character.

Maybe you should read it again? shrugs

I'm just saying I'm kind of disappointed by the information you gave that this is not the full game. Here I was thinking we were getting the full Godfall experience. Kind of a bummer.

Wow I had no idea. My interest in playing that has completely disappeared. Well looks like Mortal Shell is all I care about now.

I'm glad you're excited this month, I genuinely am. Perhaps, as I said in my comment, we have been spoiled over the last few months with good games that even slightly dipping down feels like a huge fall in comparison.

Maybe at this point in time I'm just expecting every month to have at least 1 blockbuster AAA title that is universally acclaimed to drop (Uncharted, Demons Souls, etc...).

Regardless, I hope you and everyone have a great December and enjoy your time with whatever games you manage to pick up.

Agree with you that it is weak and possibly to not compete with the blockbusters launching in December. And yes I was looking forward to Godfal (first I was uninterested, but then it seemed fine) so guess for free I'll give it a try even if it is kinda gimped.

lez go ps plus the gift that keeps on giving

Don't say that, it hurts people's feelings when you want to try something even when it doesn't involve them in anyway.

mortal shell is just the ps4 version which means it probably runs at 30fps. 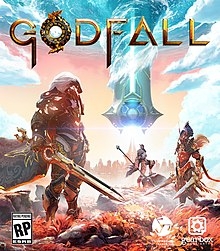 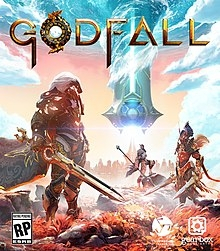