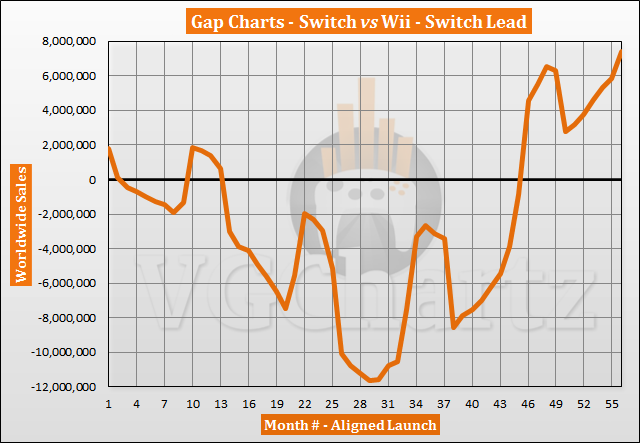 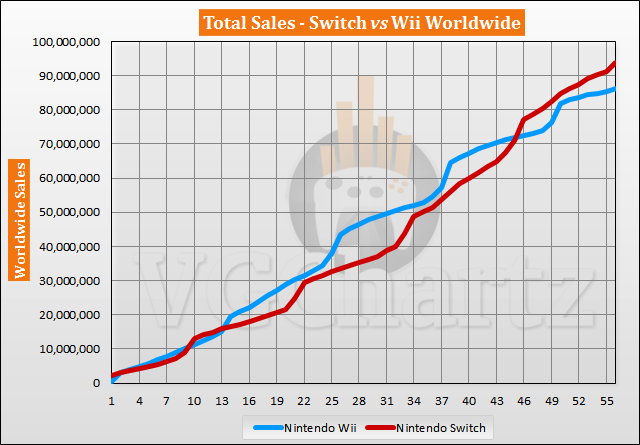 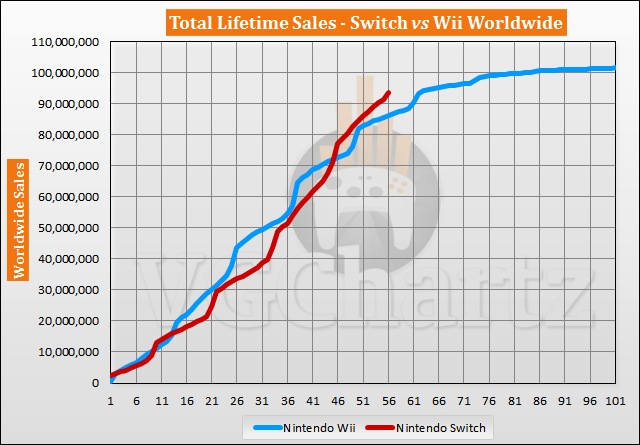 The 56th month for the Nintendo Switch is October 2021 and for the Wii it is June 2011. The Switch has sold 93.70 million units, while the Wii sold 86.30 million units during the same timeframe. The Wii reached current Switch sales in month 63 where it sold 94.05 million units.

Switch is about to pass Wii and PS and reach the top 5 most sold videogame!

And with that Switch just beat Wii's last semi-big holidays. Wii has nothing left at this point. Switch looks like it still has about 30M at least in the tank.

This will be the last month of the Wii holding the title of Nintendo's bestselling home console ever before the Switch inevitably passes it by the end of December.

1 month-ish and it's over

Lift off. We have lift off.