Over 150 People Working on Contraband

Xbox announced it has formed a partnership with Adidas to release Xbox-themed sneakers as part of the 20th anniversary of Xbox.

The new Adidas adidas Originals by Xbox sneaker, the Xbox 20th Forum Tech, will have translucent green details, as well as the original Xbox logo. More sneakers will be announced over the next few months.

Today, Xbox announced a global partnership with adidas to celebrate our shared heritage of play and unveil our first console-inspired sneaker collaboration in honor of the 20th anniversary of Xbox.

The collab features an exclusive new adidas Originals by Xbox sneaker — the Xbox 20th Forum Tech — with translucent green details inspired by the special edition release of the original Xbox console for the launch of Halo: Combat Evolved in 2001, marking the first-ever generation of gaming at Microsoft. The adidas Forum Tech design balances nostalgia while embracing modern technology and is symbolic of how we look at our own Xbox history — celebrating the last 20 years and looking ahead to the limitless future of gaming. 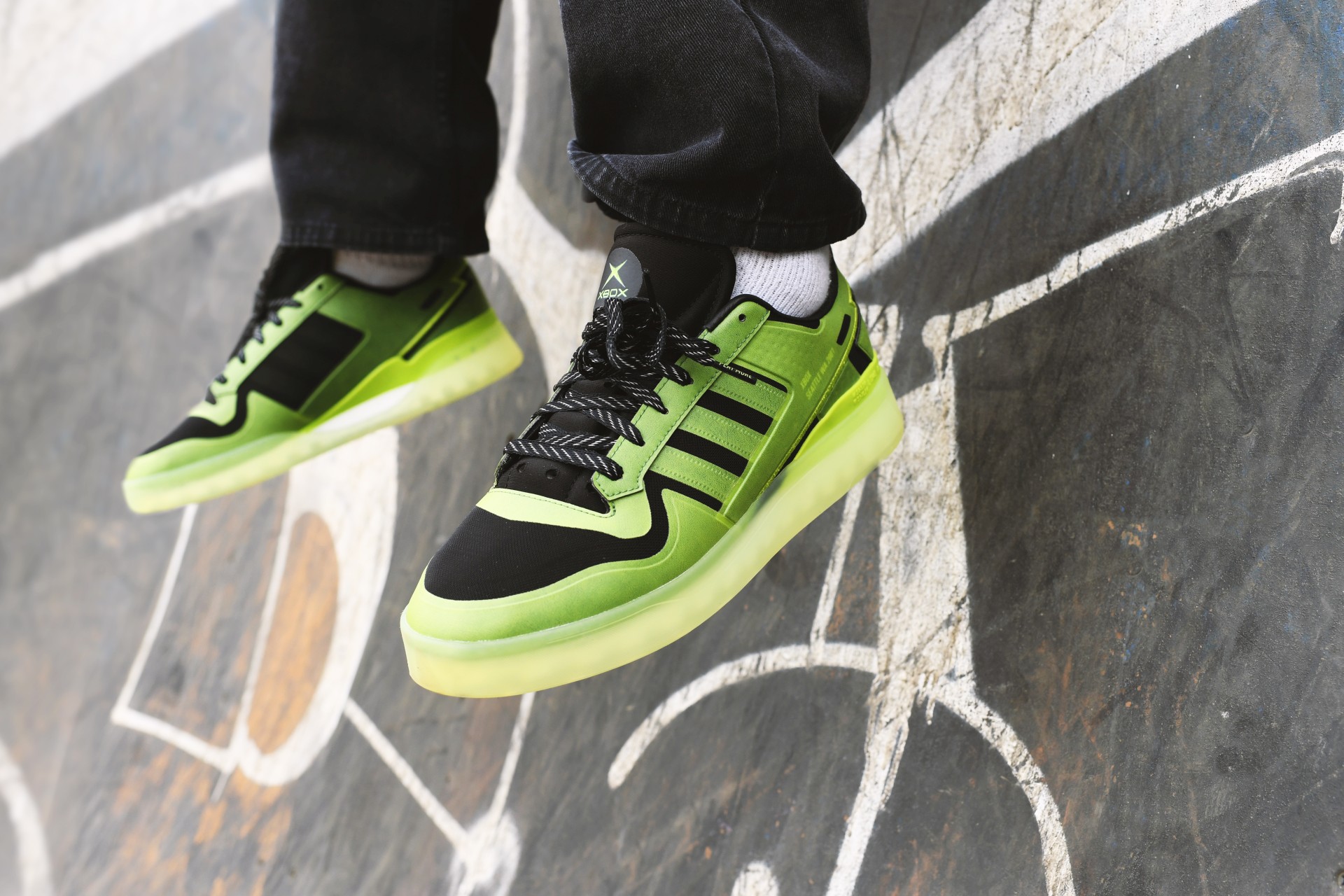 This is just the beginning of our partnership with adidas, and over the next few months we’ll continue to mark our 20th anniversary by launching additional sneakers inspired by past and present Xbox console generations, including the first-ever sneaker available for purchase by our fans later this year. Follow @Xbox on Twitter to stay tuned for the latest drops and ways to win your very own pair of limited-edition sneakers.

This collaboration kicks off the global launch of the “Always Played In. Never Played Out” program, which celebrates popular eras of play over the last two decades, across sport, gaming, and lifestyle and the magic that happens when we all take time to play. As games are meant to be played, shoes are meant to be played in — from the concrete to the couch and beyond.

We’re excited to debut our launch trailer titled “adidas Originals by Xbox – 20 Years of Play” which celebrates the era of play most prevalent when we launched the first Xbox console in the early 2000s — skateboarding culture. Filmed and edited like a skate tape pulled straight from 2001, we follow a group of friends as they skate through their day in the Xbox 20th Forum Tech sneakers, pulling off tricks and playing some Halo: Combat Evolved on the original Xbox. Thank you to our community for making Xbox the best place to play with family and friends across the globe. We’re excited to continue celebrating our 20th anniversary in partnership with you and adidas!

I want them so bad , adds them to my collection , waiting for Nintendo and playstation versions too.

Great, but they need to mass produce them, not make them stupid collector's items that people don't wear

I ain't gonna front. These are fire!!! I want these and the fridge.

I can see these working as promotional giveaways and the like. But, how many people would really buy these things?

i dont wear adidas, but these do capture that OG xbox feel

XBox seems to have more marketing deals for life style products than for exclusive games.