If you own a Switch or PS4 and you're a Darius fan, life is good. Over the past 15 months, the folks at developer Taito and publisher ININ have brought no fewer than 18 Darius titles/variants to modern consoles. The latest is G-Darius, which rivals Darius Gaiden as the best in the franchise. Originally released in arcades in 1997, the side-scrolling shooter arrives on Switch and PS4 in a nifty HD package that includes the arcade original, a new remastered version, and several bells and whistles.

Like the first three arcade games in the Darius series, G-Darius is a one or two-player horizontally-scrolling shoot-em-up. You'll fly the legendary Silver Hawk through 15 branching levels filled with deadly enemy vessels inspired by marine life before coming face to face with a larger-than-life boss creature. Depending on the path you choose after each boss encounter, you'll travel to different zones, face different enemies, and ultimately view one of five unique endings. 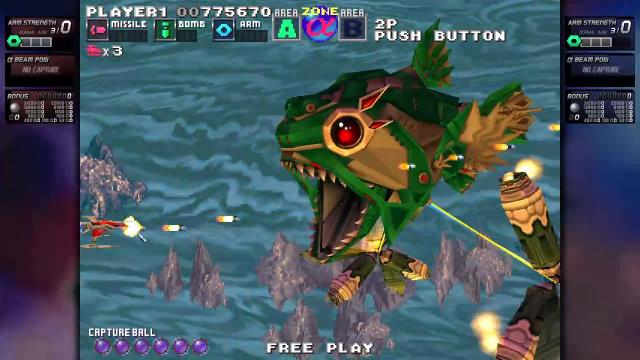 When it originally arrived in arcades in 1997, G-Darius retained the high-octane shooting action and replayability of earlier franchise games. But it didn't stop there. It introduced stunning 3D polygonal graphics to the mix, even as it retained its classic 2D gameplay. It delivered yet another great soundtrack with otherworldly music. Most importantly, it elaborated upon the capture mechanic of Darius Gaiden, whereby players could recruit an enemy mini-boss to their side by destroying a node on its body. In G-Darius that system was overhauled, allowing the player to capture almost any enemy ship, mini-boss or otherwise. The Silver Hawk comes equipped with several capture balls (think Poké Balls), which it can lob at unsuspecting baddies. Once captured, the enemy will fight on your behalf. If you're lucky enough to capture a miniboss you can even perform a special move by inputting a Street Fighter-esque command (e.g., down, diagonal, right + fire).

Alternatively, you can detonate your new ally to buy yourself some breathing room (and invincibility frames) or convert it into a devastating laser blast used to counter boss lasers. If you time it right you'll trigger a Super Saiyan showdown. It's something to see. 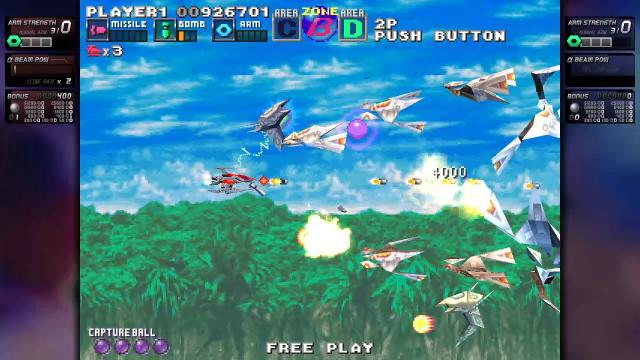 When all these elements aligned — the tried-and-true space shooting of the Darius series, spectacular 3D models and effects, mesmerizing music, and an incredibly nuanced system of capture and counter — the result was one of the finest shoot-em-ups of all time. That shooter, in all its original arcade glory, is on full display in G-Darius HD. If you're even remotely serious about the genre, you need to play this game. It's as simple as that.

The original arcade incarnation is only half the story, though. G-Darius arrives with, unsurprisingly, an HD facelift of the original game, with uprezzed models. While it's great to play the original with sharper graphics, this HD version feels like it could have been more. One can't help but compare it to another recent ININ-published shooter, Cotton Reboot!. Where the original Cotton and the rebooted version were like night and day, G-Darius and G-Darius HD are, to quote Monica from Friends, like night and... later that night.

What G-Darius HD lacks in graphical changes it more than makes up for in bonus features. Both versions of the game come with online leaderboards, achievements, save states, gadgets, and, perhaps coolest of all, a bestiary with information about every enemy and mini-boss. You can also change the screen size and map the controls to your liking. Finally, there's a very helpful manual. It all makes for the best version of G-Darius, in or out of the arcade. 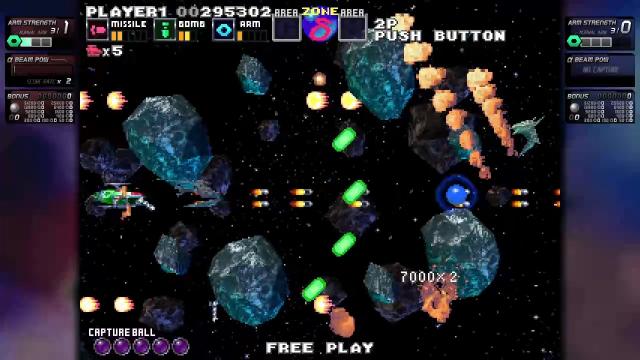 While G-Darius HD delivers in the bonus features department, it's a little shaky when it comes to performance. Generally, the game runs fine, but there are random moments of slowdown, on both the arcade original and the HD remaster. Whether this is a holdover from the arcade or unique to the Switch version is unclear. It won't ruin your experience, but it seems like a strange oversight from the port masters at M2.

At $29.99, G-Darius HD might seem steep for an HD remaster of a 24-year-old arcade shooter, but if you're a fan of shoot-em-ups it's absolutely worth the price of admission. This is the finest version of one of the best horizontal shooters ever made, frame rate issues notwithstanding. It retains the best elements of the original — outstanding art, mesmerizing music, and exceptional gameplay — and pairs it will new quality-of-life features and bonus options.

This review is based on a digital copy of G-Darius HD for the NS, provided by the publisher.

I imported the Asia English version goth both games of Chronicles EX and G Dariuson 1 cart for about $40. G-Darius is my fave in the series but I would not pay $30 on its own. 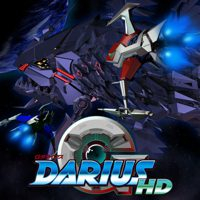