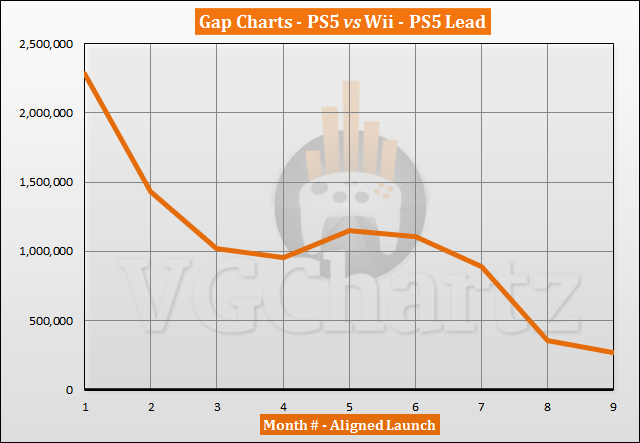 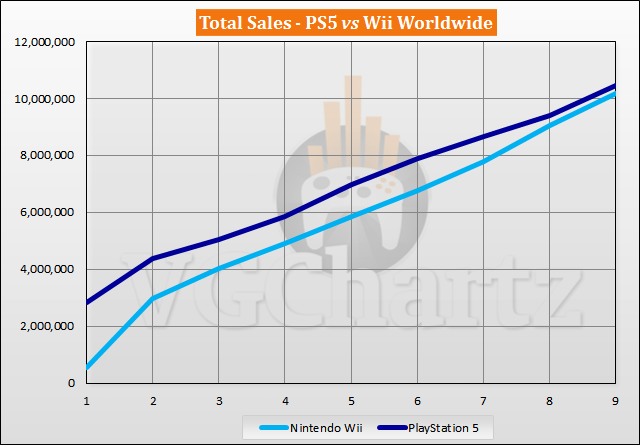 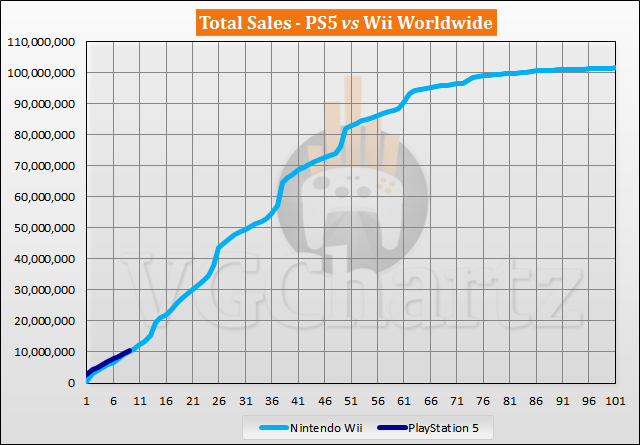 The Nintendo Wii did not reach current PlayStation 5 sales until month 10 where it had sold 11.25 million units.

Y'all acting like Wii was available in mass and had full stock. Might not have been has bad as the PS5, but it was hard to find for years.

Battle for the fastest to 20 mil lets go!

Going to be close but I think the shortages are going to hold the ps5 back.

I think it can get there by the end of the year, so around 14-15 months. Doable.

Maybe. Like I said, it's going to be close. I'm just leaning towards the Wii for now.

LOL. Without the shortages Wii would have been over 30 million at this point. :-P

The Wii is/was the fastest selling console of all-time. It reached 14m after 52 weeks and also suffered from shortages.

Depends on which milestone you choose as it stands now the PS5 is the fastest selling console to 10 million units and the PS4 managed to get to the 100 million mark first, soon to be overtaken by the Switch.

But many milestones will remain in Wii is procession for a long time.

without the pandemic they demand would not be so high

If I go to tools/hardware by date and add all Wii numbers, I get 10,702,249 units for Wii in the same week when PS5 reaches 10,436,928. The 10,169,429 units for Wii is actually the number from week 36 instead of week 38. So you are comparing the sales until week 36 for Wii and sales until week 38 for PS5, which is a bit misleading. Wii should be 265'321 units ahead PS5 launch aligned. Correct me if I'm wrong ^^ I think this happens if you compare months instead of weeks, which not so accurate. But maybe you should use the same week for making a comparison of the month. Otherwise it's not fair.

PS5 doesn't have the staying power of the Wii :-P

Woohoo, my harmless somewhat joking comment about the somewhat better momentum Wii had at this point seems to hit people hard if they want to downvote me. LOL.

I tried to save you. But it was too little too late. Lol.