Valve has announced a new all-in-one portable PC gaming device: the Steam Deck. The device launches in December 2021 with a price starting at $399. At launch it will be available in the US, Canada, the European Union, and the UK.

Valve says the Steam Deck runs the latest AAA games and runs them well. The handheld has a battery life of two to eight hours depending on what game you are playing.

The Steam Deck will have an all-new Steam home screen. From the new home screen you will be able to get back into your games whether you were playing them on the Steam Deck or your PC. It will also showcase what is new in your library and the store, as well seeing what your friends are up to.

The handheld will have support for Steam Chat, the ability to stream your home PC games directly to your Steam Deck no matter where you are, notifications in one play, the entire Steam Store, Cloud Saves, and a community section to keep up to date with friends, news, and the latest activity from Steam. 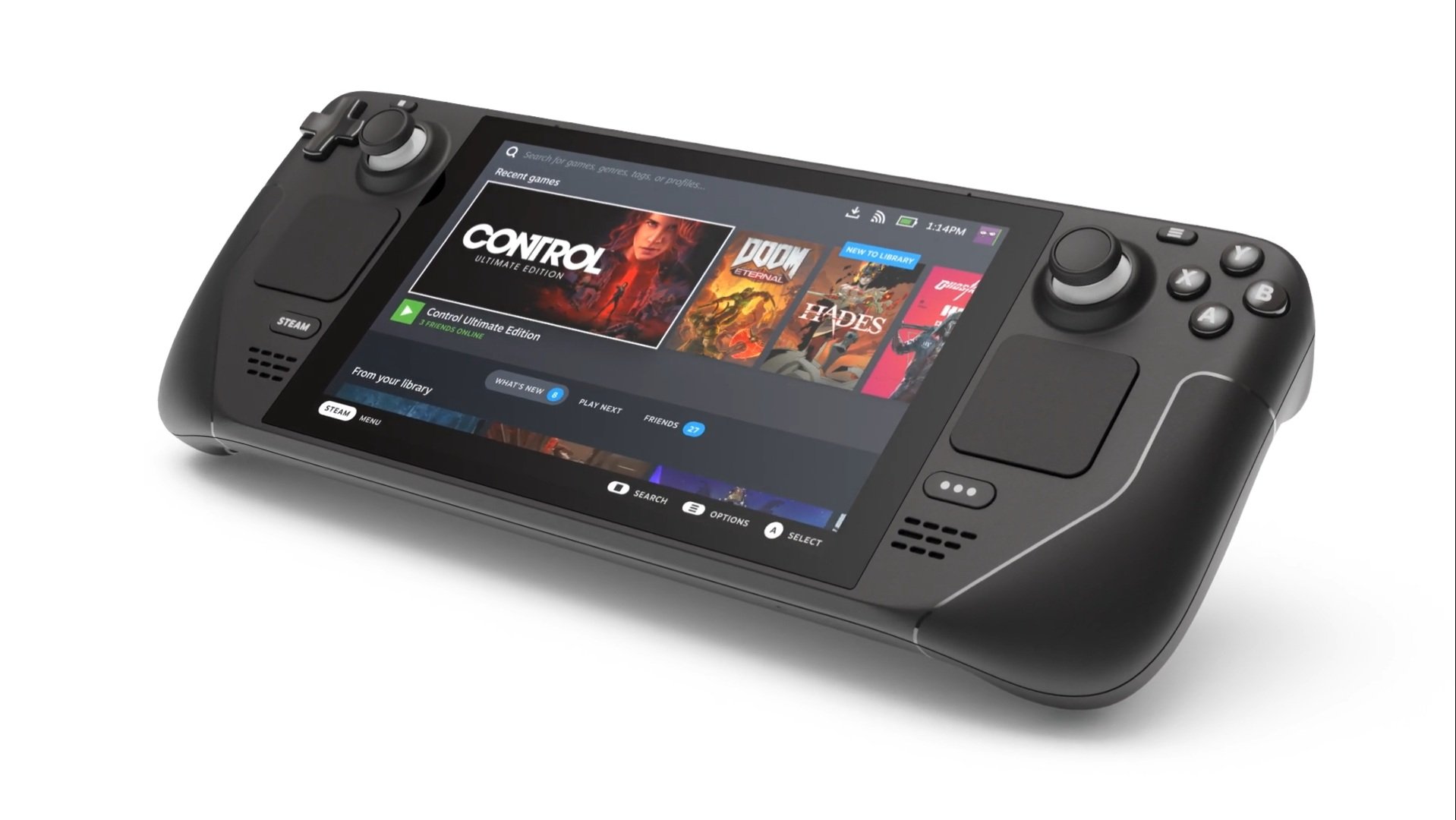 View a hands-on video of the Steam Deck via IGN below:

The Steam Deck will come in three models with varying amounts of storage:

Read the complete breakdown of the tech specs below:

View more images of the Steam Deck below: 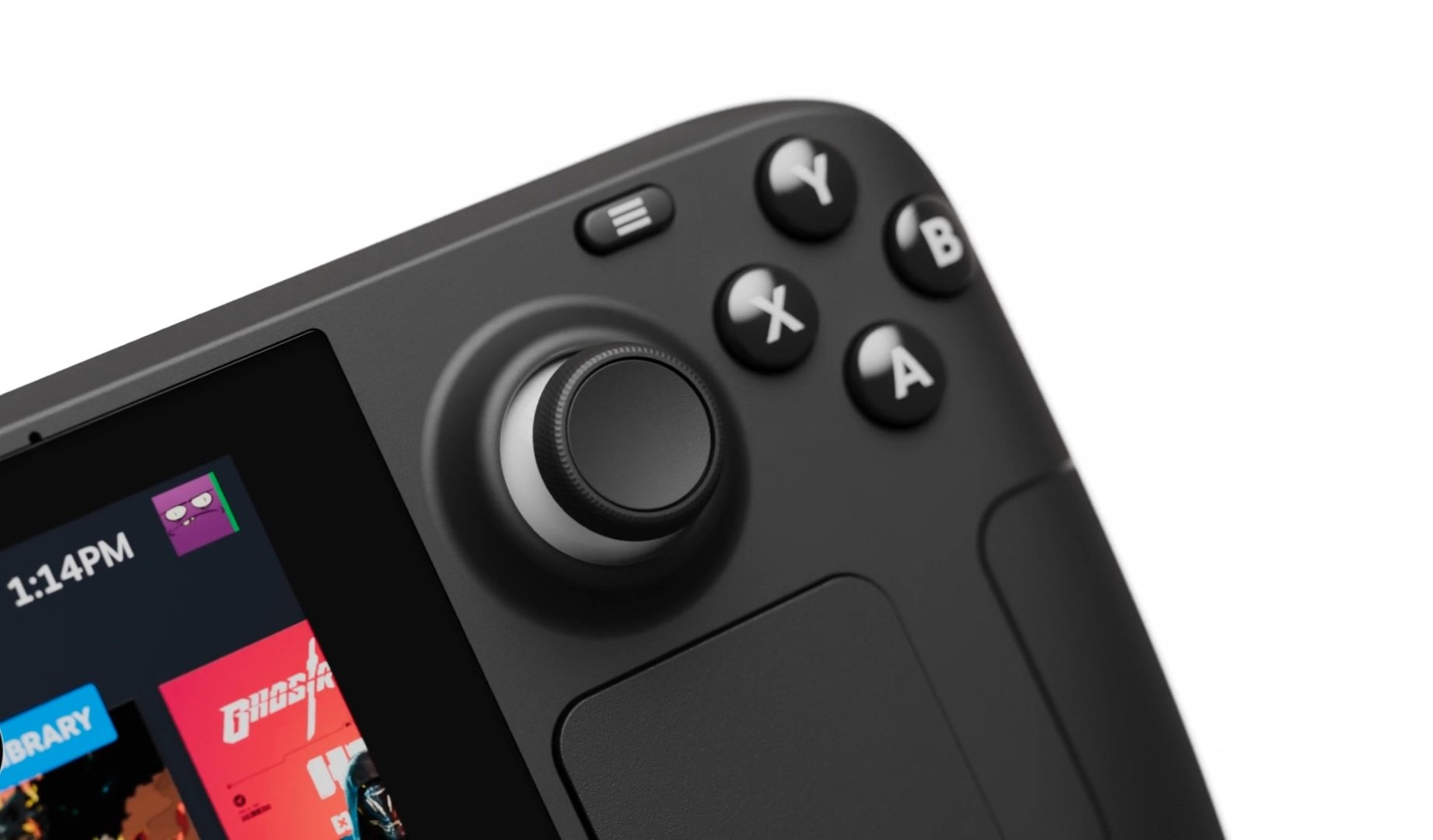 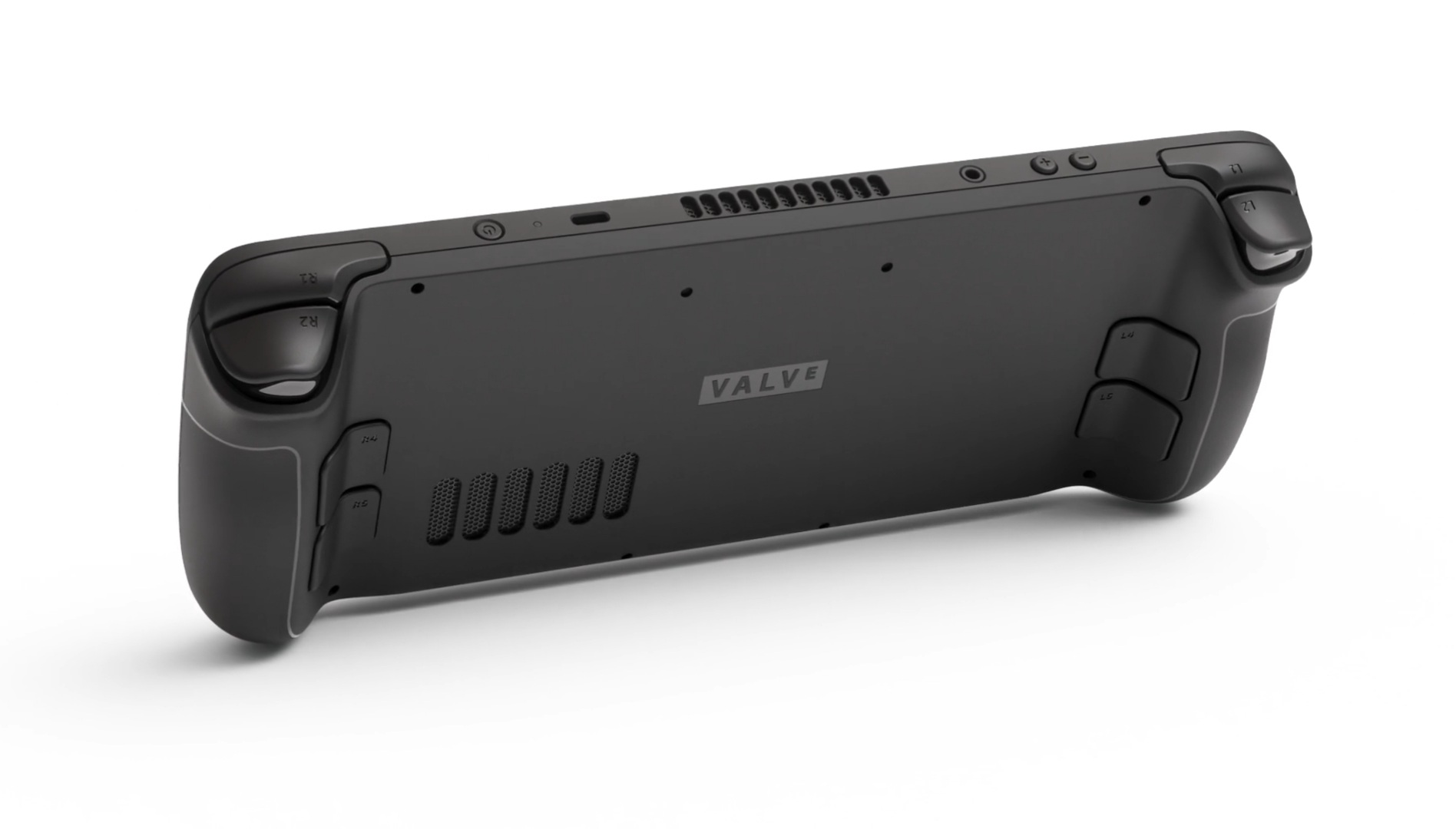 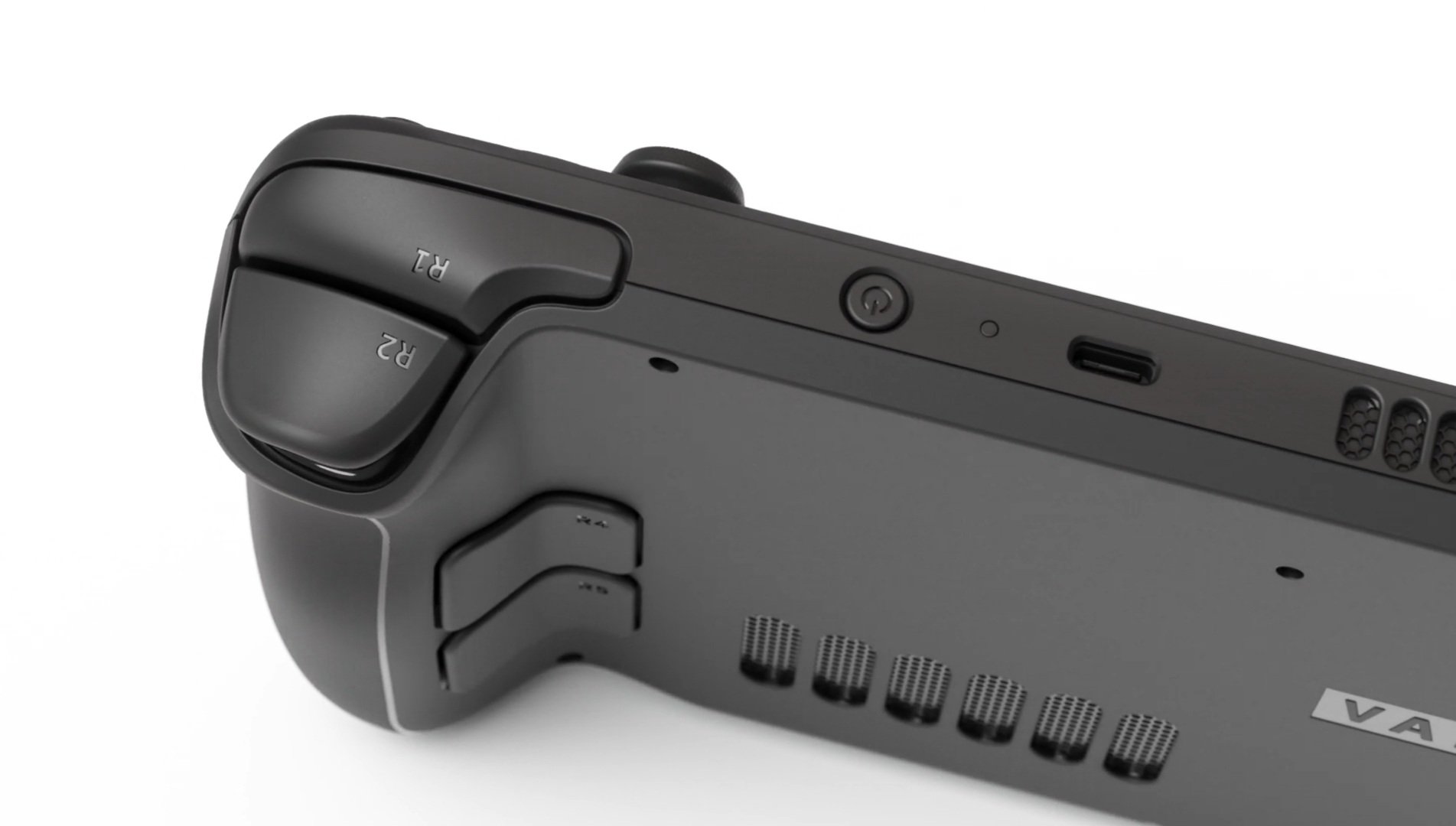 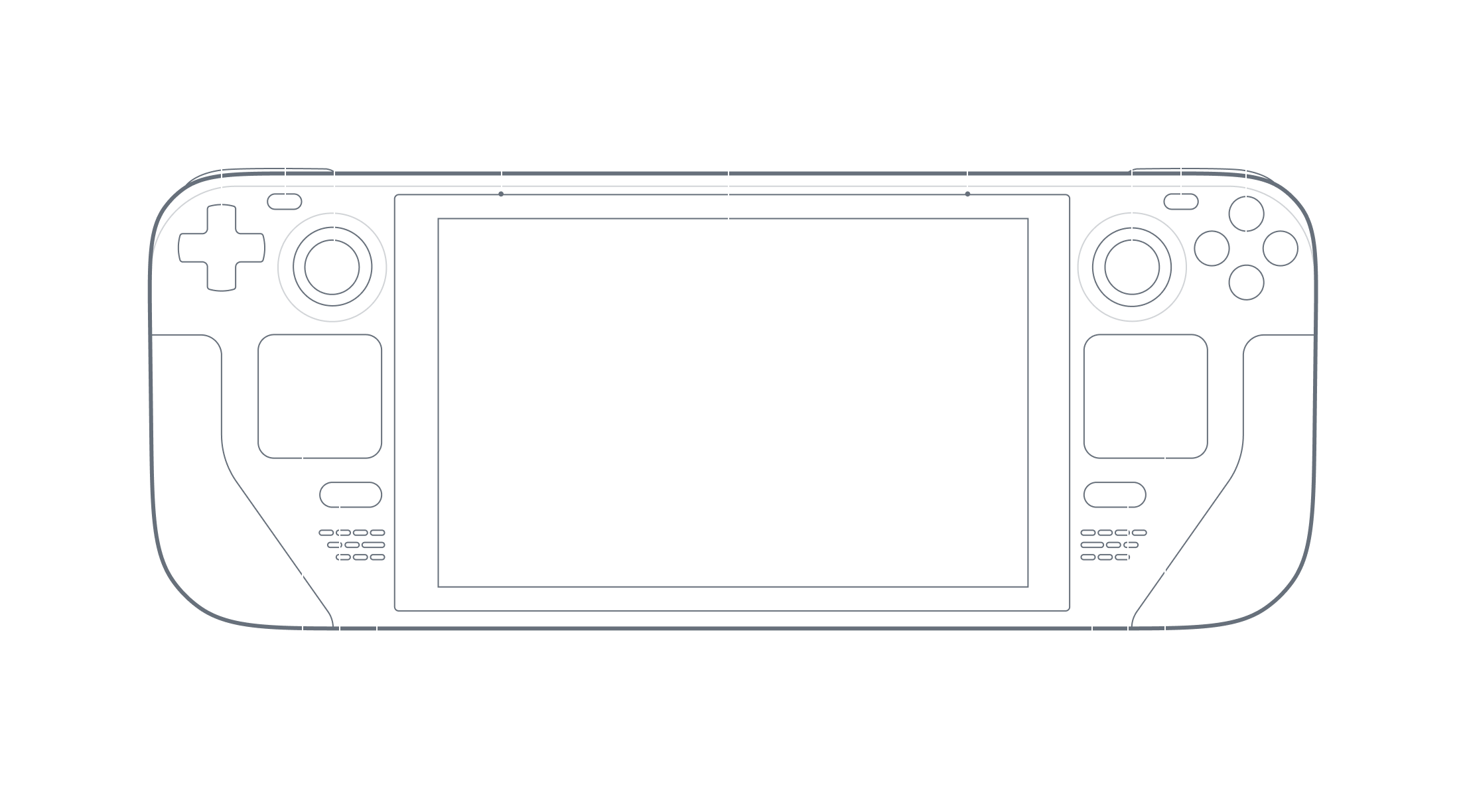 Valve made a Switch Pro when Nintendo Didn't

If I can use Gamepass on it, without any major workarounds, I'll be a buyer.

Who is interested in purchasing a Steam Deck? If yes, which model would you buy?

Yes 100% i've been waiting for something like this with a sweet price point for years!, id buy the base model if you can install you own nvme ssd if not the middle one seems like the sweet spot.

I definitely am for sure. I'd probably go for the second model tbh, but if I save for another month more I could easily go for the third model. First model is a hard pass though.

Nice design, nice price. If performance is too I may pick up one of these.

it's a little bit more powerful than PS4 & Xbox One

Look out here's the switch killer!

I hope Vgchartz tracks sales of this hardware as well.

At that price it won't sell great.

For what it is, it's an affordable gaming PC for those who can't shell out over $1000

Exactly, and from the looks of it, it can be treated as a mini portable one at that.

It has 3 different price variations and is effectively a mini PC...

Price is not bad but this is a niche thing.

I'm actually interested in this one. I'll probably reach for the 256GB one.

Didn't see it coming ! This is a great idea and a good strategy for valve. They can't compete with Sony and Microsoft but they can get some mobile gamers from Nintendo for sure. This is also interesting as a computation base for the switch 2 which, I guess, will be way more powerful (if it release in 2023/24)

I really wanna see what sorts of games this handles and how it looks in someone's hands, but the prices are way better than the VR headsets and the fact it comes in 3 priced variants is decent. Either way I'm on board with this.

If Switch 2 doesn't come out within the next year or two, I can see myself going for this instead.

I would get this anyways. Just to play pc games on the go.

Yeah I'm enticed by this myself. Finally an affordable handheld for me to play the games I want on the go. Also don't have to spend more money to buy the same games twice either, which is a huge plus for me.

Should at least sell more than an Ouya.

Not for me but very cool

So it definitely was their own system that Gabe was talking about in regards to "Valve putting games on consoles". Not really something I'm interested in, but should do better than their previous hardware shenanigans.

I mean.. it looks nice and all, however i cant see it selling well. Happy to be proven wrong on it. I think its a good idea to really utilize Steam's Big Picture mode.

It's targeting those who are looking for something akin to the GDP's, but at a lower price and this seeks to fill such a gap. It's not a system designed to attract uber, "mom and pop, grandma/grandpa/kids casual camps. The tech marketing for it already screams which audience it's going for.

it's cool...but I see a potential financial flop coming.

Slight error.
RDNA2 isn't in AMD's APU's yet... And definitely not Zen2 APU's.

It will be Vega.

Actually you are incorrect as those are official specs:

Valve worked with AMD to make this a thing.

Seems I am. It's going to be using discreet not integrated graphics, which actually makes this even more impressive than I originally glanced at.

Happy to be corrected. Cheers.

It going to use a AMD Van Gogh APU. Not officially out yet but been leak information about it for awhile and the specs of steam dock CPU/GPU matches it almost exactly.

So, this is probably the first hardware will equip AMD Van Gogh APU, i heard laptops will get this APU as well months ago.

Well this is quite promising looking.

And... no Windows... not surprising given its Valve. Man, what I would do for a $399 Windows x64 handheld. It's clear phones are just suckish catalog wise and consoles are heading in a similar direction.

You do know you can install windows on it if you want?.. With all the touch screen stuff it even looks like Windows 11 would work perfect on this.