Just Cause: Mobile was announced at The Game Awards 2020 with a release window of 2021 for iOS and Android. However, Square Enix has announced via Twitter the game has been delayed to some time in 2022.

The reason for the delay was the shift to working from home due to the COVID-19 pandemic having an impact on development. The team does plan to provide updates to the game using social media.

Just Cause: Mobile is a free-to-play action shooter with co-op and PVP game modes. Players will be able to create their own character from scratch and features 30 player competitive multiplayer, as well as a story campaign.

We have an important Just Cause: Mobile announcement to share. pic.twitter.com/zYW8csSSUs

I don't think anyone will be shedding a tear. 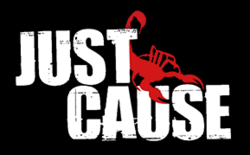