Marsupilami: Hoobadventure is a Platformer, Announced for Switch, PS4, Xbox One, and PC - News

Publisher Microids and developer Ocellus Studio have announced platformer, Marsupilami: Hoobadventure, for the Nintendo Switch, PlayStation 4, Xbox One, and PC via Steam. It will launch on November 16. It will support English, French, Italian, German, and Spanish languages. 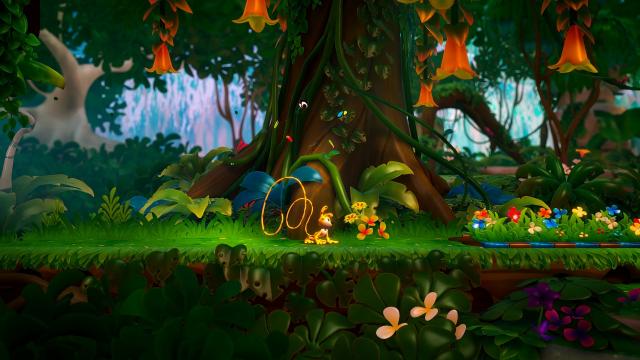 Punch, Twister, and Hope are three Marsupilamis living a peaceful life in Palombia. Their lives are about to take a drastic turn when they accidentally open a sarcophagus whilst playing with debris on a beach, releasing a mysterious ghost cursing all the animals! Thankfully, our three Marsupilamis are immune to the curse and decide to set out on an adventure and find the ghost and reverse the curse.

Inspired by the comic book Marsupilami from Franquin, this 2.5D platformer will take you on a colorful journey through the Palombian jungle, a coastal city and even an abandoned temple. Jump, punch, dash and swing with your tail like only Marsupilamis do!

While mainly targeting a younger audience, the most dedicated gamers would be delighted to learn a Time Attack mode will challenge them to finish each level as fast as they can. And for the completionist, a beautiful artwork gallery will be unlocked after collecting hidden feathers and visiting secret dojos.

The Marsupilami is a fictional animal created by Andre Franquin appearing for the first time in the Spirou & Fantasio comic book series. The Marsupilami was so popular it earned its own dedicated hard cover series published by Dupuis.

In North America, Marsupilami: Hoobadventure will be also available in retail inside a Tropical Edition, which includes the following: