Senua's Saga: Hellblade II Reportedly is Likely to be Shown at The Game Awards 2021

Rumor: Another PS5 Exclusive Final Fantasy Might be Announced at E3 - News

It appears Square Enix might be announcing another PlayStation 5 exclusive Final Fantasy game at E3 2021. This is according to insider Navtra on ResetEra, who was previously right in saying Final Fantasy XVI would be a PS5 timed exclusive.

"I don't know their exact E3 schedule, but I'm guessing based on knowledge of what games they have in development, how far in they are, and their target release dates. So take it with a grain of salt," said the insider. 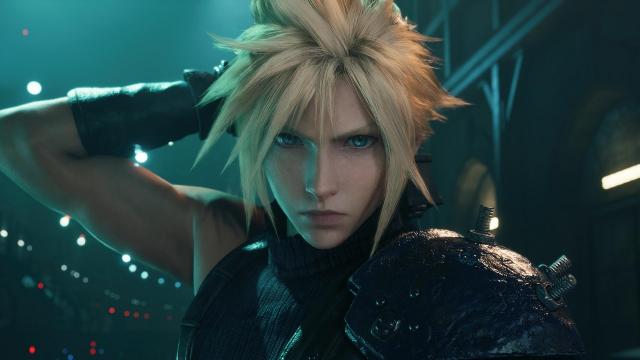 The next major release in the series, Final Fantasy XVI, is in development for the PlayStation 5.

The same resetters poster said it's a new sub series, and its not big budget like ff7 a Reddit insider claims it's an Ivalice title.

If it's an Ivalice title, it could be a FF Tactics game. That wouldn't be a new sub series though.

Could be the return of Lightning

Maybe it can be Crisis Core Remake

I wish Square would have kept the numbered titles as single player titles and did final Fantasy Online I, II, III, etc.

But thats just me

What difference would it make, other than the name?

For one thing it would be easier to say "there hasn't been a good FF since..." without somebody jumping in and being like "what about 11 or 14?"

It's not just you! I 100% agree they have should have been FF Online or something else and kept the numbered entries mainline FF games.

The main reason for keeping games like XI and XIV as their own final fantasy side series is because originally final fantasy was one game per numbered entry. Meaning, the characters, the world, the story was unique to that one game. And then when the next entry followed it was an entirely new game, new music, new world design, new story, new characters etc.

But with the Online games (and side continuation games, X-2, XII-2, XIII Lighting Returns) alone with the two online games killed off that formula.

Maybe a better business decision would have been something like this....

Maybe you're not familiar with the Final Fantasy MMO's? They're both games with their own unique worlds, characters and stories, just like any other mainline game... the only difference is they're online.

This could be their next MMO (Final Fantasy XVII). I'm sure it'll also be on PC but it could be a console exclusive.

It would make sense considering that every 3 titles seem to be MMO's (well, starting with XI lol)

That's exactly why I suggested it, although FF14 is still very popular so it could be a bit early for 17.

Honestly, FFXI was still releasing content until 2015. So it could still be announced and released relatively early on. FFXIV was announced as a PC and PS3 exclusive (Though inevitably the PS3 version would be cancelled).

True. It could also be pretty early in development and not release for a couple of years.

With Endwalker coming out this year, I think it would be a little too early to announce the successor to 14. Could cause people to hold off on the new expansion.

That's a good point. They'll probably keep it going as long as possible like Blizzard with WoW.

Or at least waiting til maybe halfway through next year.

Well FF11 received content for 5 years after 14 released, as axumblade pointed out above. So they could announce 17 at E3 and also continue to support 14.

I'm very excited about FF16 already and FF 7 Remake Part 2, so nothing wrong with me if they bring another one ;-) (exclusive or not)

Sounds like square is on the way to be a second party studio for Sony.

Another rumour article based on some dude trowing shit at the wall in hope some sticks.