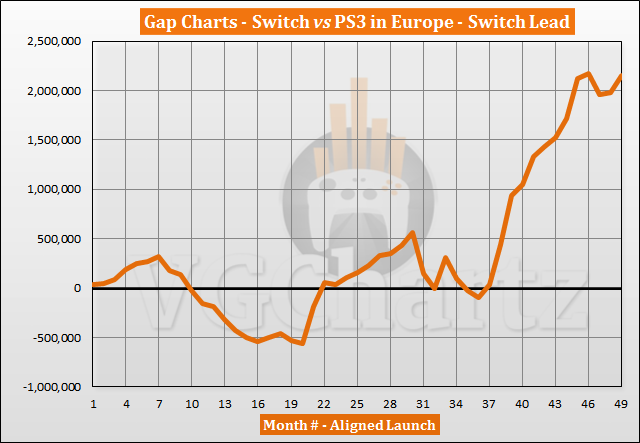 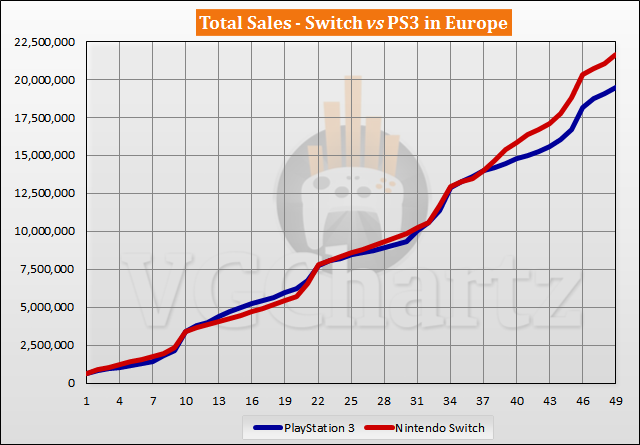 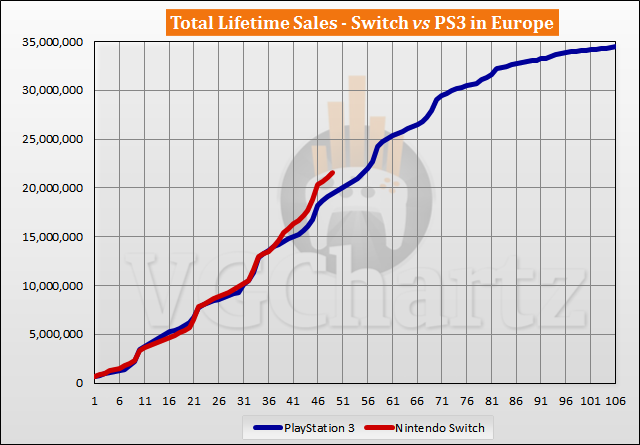 March 2021 is the 49th month that the Nintendo Switch has been available for in Europe. During the latest month, the Switch grew its lead over the PS3 by 170,931 when you align the consoles launches. In the last 12 months, the Switch has outsold the PlayStation 3 by 2.11 million units. The Switch is currently ahead of the PlayStation 3 by 2.15 million units.

This should be a win for the Switch if it can hold it's lead this year, as it's up against the best year of the PS3. After that, the PS3 only has one good year left before dropping fast

The switch can win this

It'll be fun to see how long it takes for this battle to be over with, it would be quite the accomplishment for Nintendo.