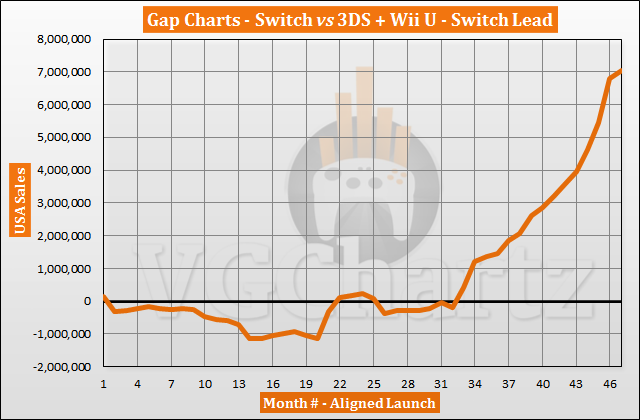 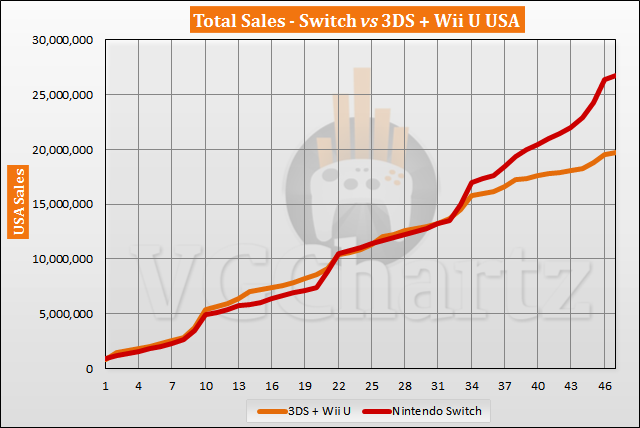 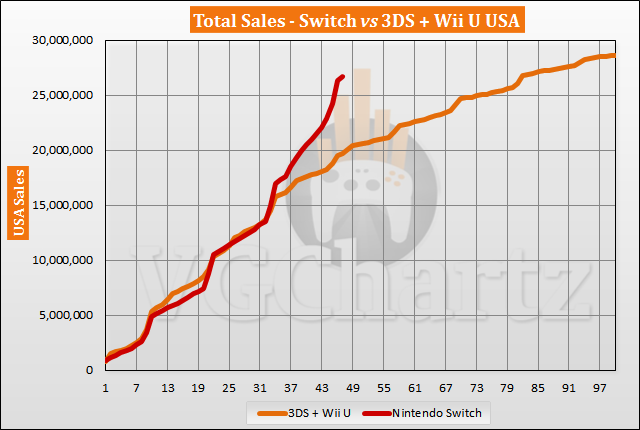 January 2021 is the 47th month that the Nintendo Switch has been available for in the US. During the latest month, the gap grew in favor of the Switch when compared to the combined sales of the 3DS and Wii U during the same timeframe by 251,414 units. In the last 12 months, the gap has grown in favor of the Switch by 5.70 million units. The Switch is currently ahead of the 3DS and Wii U by 7.05 million units.

The 3DS and Wii U have sold a combined 29.27 million units in the US. The Switch is currently 2.55 million units behind. The Wii U has been off the market for a few years, while 3DS production has ended, however, the last remaining stock is still being sold.

This one is over. It's just a matter of time. Wonder how high switch can reach

And the switch should do about 40 million in the US. Maybe as high as 45. Hard to say how long until they replace it with the switch 2 or whatever.