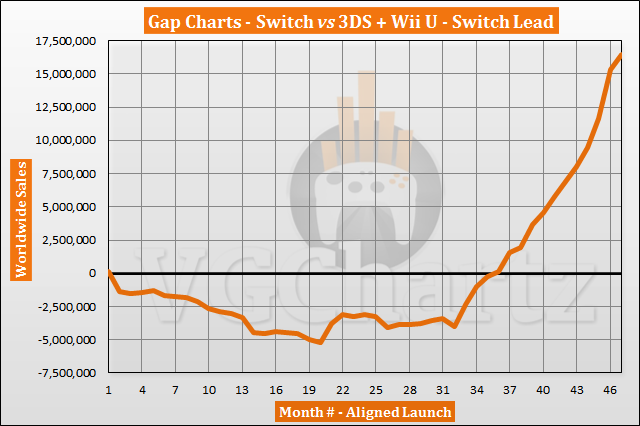 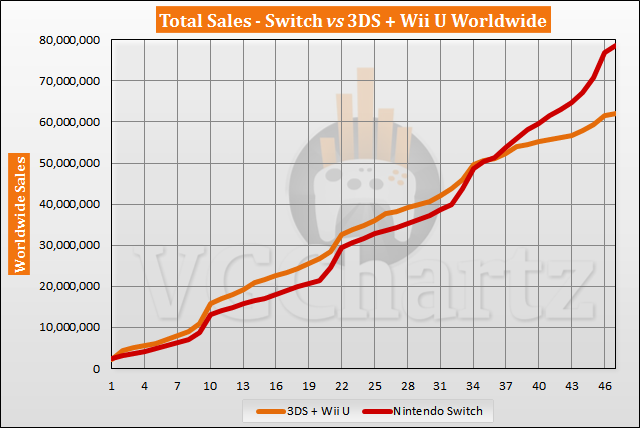 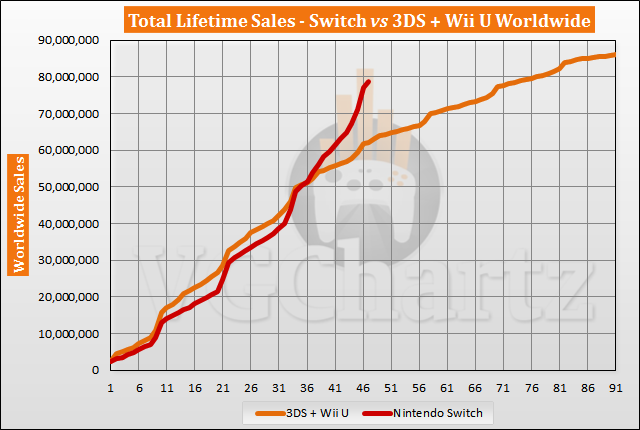 Any bets on when the Switch will overtake 3DS+Wii U?

My guess is in August.

We could soon add a 3rd console to sum with the 3DS and the WiiU...

It’s amazing that Switch is winning by more than a Playstation Vita worth of sales.

When the sum is greater than the parts it's made from.

Why are people liking Nintendo more this gen?