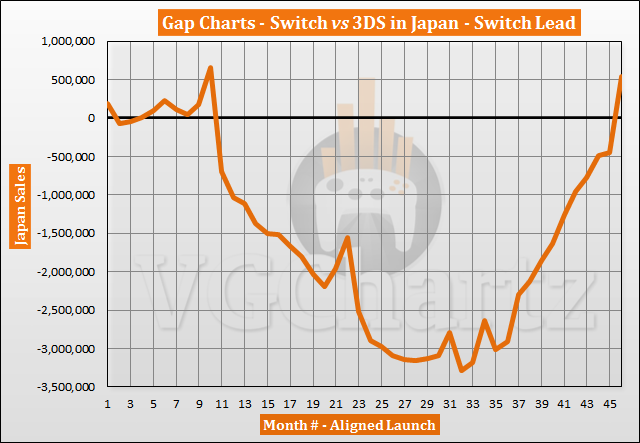 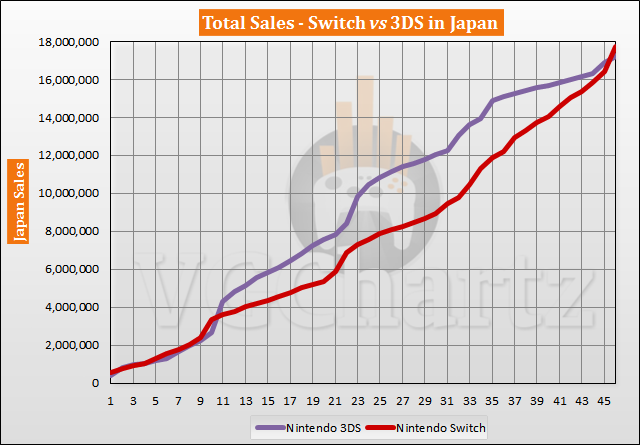 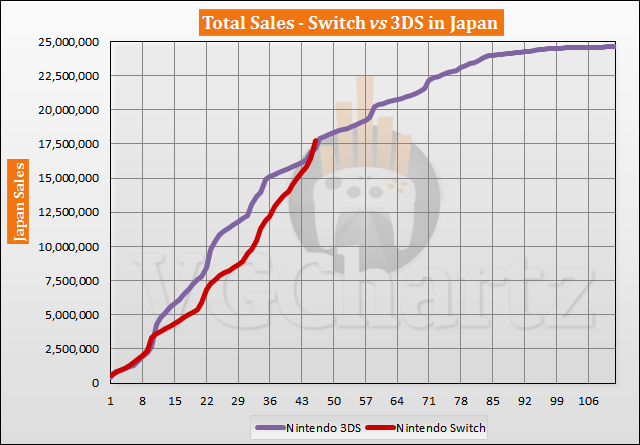 December 2020 is the 46th month that the Nintendo Switch has been available for in Japan. During the latest month, the Switch closed the gap to the 3DS by 979,901 units when you align the launches. In the last 12 months, the Switch has outsold the 3DS by 3.17 million units. The 3DS is currently ahead of the Switch by 533,957 units.

The 3DS has sold 24.64 million units lifetime in Japan through December 2020. The Switch is currently 6.93 million units behind the lifetime sales of the 3DS.

That's actually quite impressive. The 3DS is the third best selling console in Japan ever, right after the DS and GB, so this is quite some achievement by the Switch! And it's done this without new mainline Monster Hunter or Dragon Quest titles, which the 3DS had. I won't be surprised if we saw both release in the coming year or two!

Yup, I could definitely see DQ XII happening next year

And just like that, the Switch passes the 3DS. Now it's just a matter of time before it outsells it completely.

Yeah. Later this year. Hard to say exactly when, but I'd say in the October-December range.

Switch will have to sell almost 7 million in 2021 to pass 3DS lifetime in 2021. Even if it is up YoY right now in Japan, I dont think it can sell that much. But it should be really save to say Switch sales will surpass 3DS lifetime sales in the first half of 2022 - probably even in Q1 2022 already.

That's crazy. The Switch already surpassed the 3DS and was outpacing it without an original Monster Hunter game on Switch yet! The 3DS already had a monster hunter up to this point. That gap will widen exponentially once Rise releases.

And there it is. The 3DS had an incredibly strong first 3 years, but Switch just went berserk this last year.

And with that, the last bastion of the 3DS fell to the Switch

The holiday boost is almost invisible, because Switch is doing holiday numbers since March 2020 :D Switch's January numbers were very strong. I don't expect a re-cross.

At last. And the 3DS was much cheaper than the Switch too. There's a chance Switch has yet to peak in Japan as well.