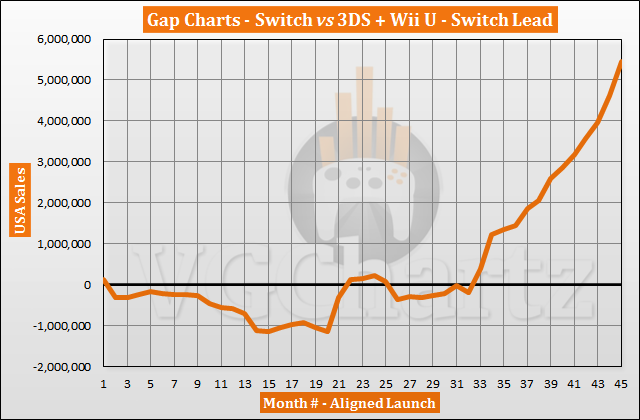 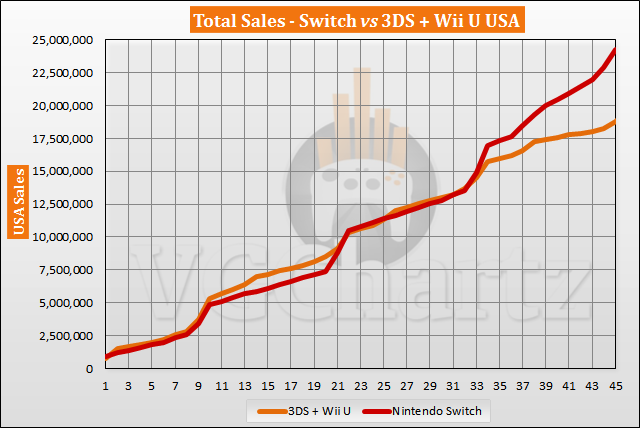 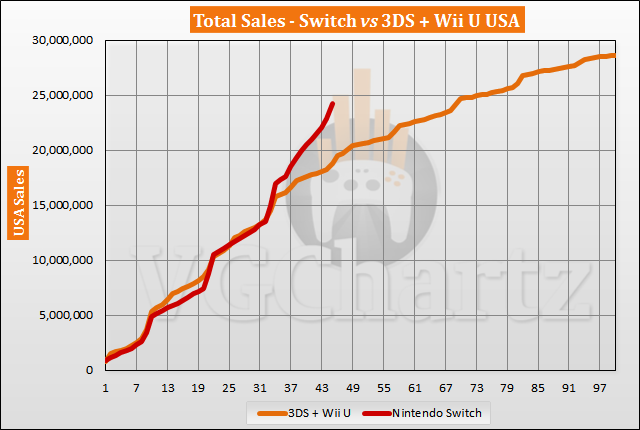 November 2020 is the 45th month that the Nintendo Switch has been available for in the US. During the latest month, the gap grew in favor of the Switch when compared to the combined sales of the 3DS and Wii U during the same timeframe by 810,534 units. In the last 12 months, the gap has grown in favor of the Switch by 5.04 million units. The Switch is currently ahead of the 3DS and Wii U by 4.63 million units.

The 3DS and Wii U have sold a combined 29.26 million units in the US. The Switch is currently 5.03 million units behind. The Wii U has been off the market for a few years, while 3DS production has ended, however, the last remaining stock is still being sold.

According to VGChartz legacy chart data something like 15% of the 3DS+WiiU-Numbers.

It was around 3 million annually. Very little change through the 5 calendar years until the switch was officially revealed.