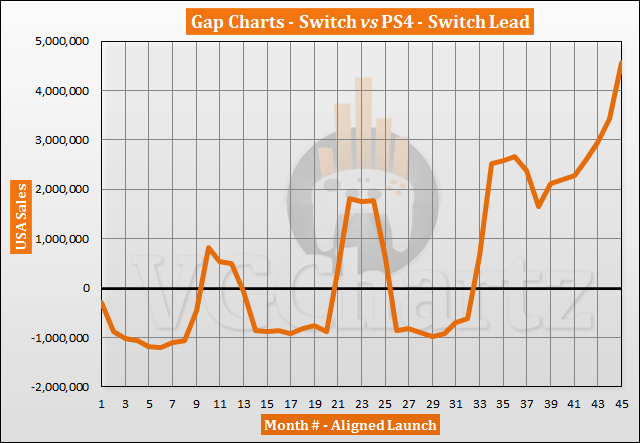 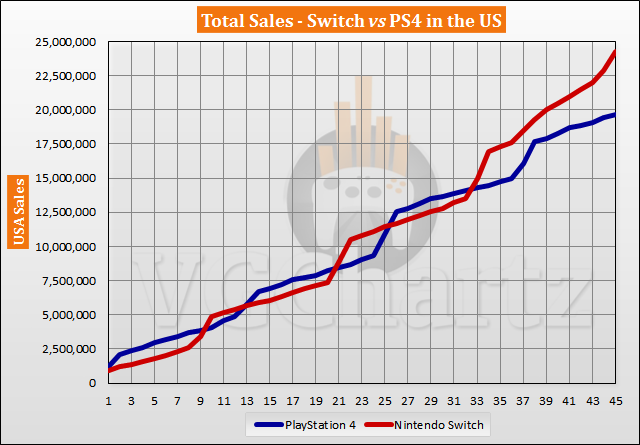 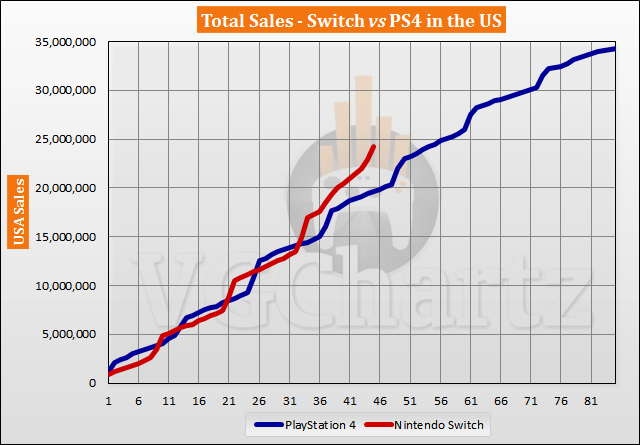 The PS4 has been available for 85 months in the US and has sold 34.32 million units. The Switch is currently 10.09 million units behind the lifetime sales of the PS4.

Already ahead of the PS4's next holiday before December. In the US the Switch is definitely on another level.

To Infinity, and beyond!

I think the Switch will reach 40 million in the US.

The way the Switch is selling, that's almost assuredly the floor now, not the ceiling.