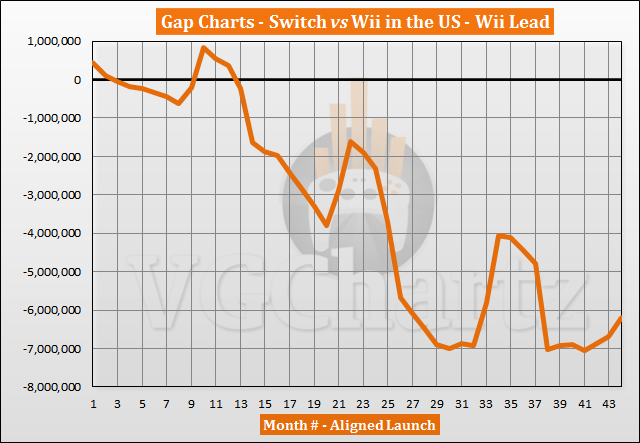 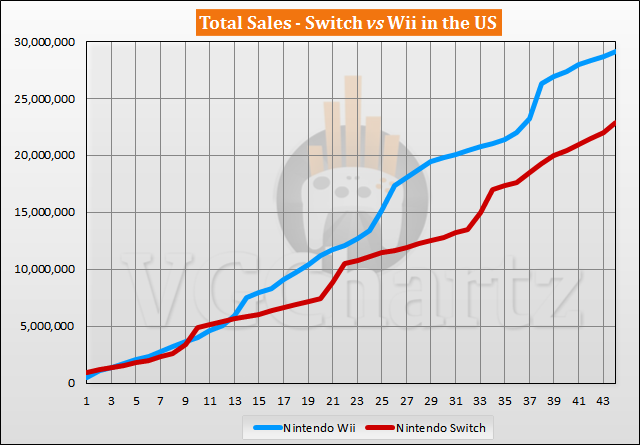 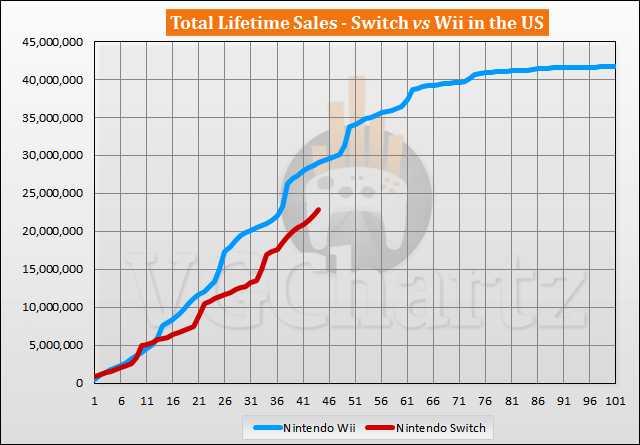 October 2020 is the 44th month that the Nintendo Switch has been available for in the US. During the latest month, the Switch caught up to the Wii when you align the launches by 488,509 units. In the last 12 months, the Switch has outsold the Wii by 719,857 units. The Wii is currently ahead of the Switch by 6.21 million units.

The 44th month for the Nintendo Switch is October 2020 and for the Wii it is July 2010. The Switch has sold 22.88 million units, while the Wii sold 29.09 million units during the same timeframe.

The Wii sold 41.70 million units in the US during its lifetime. The Switch needs to sell another 18.82 million units to outsell the Wii.

What makes the Wii sales more impressive is that many more Switch owners are buying it for personal, rather than household use. Many forget just how manic the Wii era was. For years, people lining up in front of shops hours before dawn just for the chance that Wii shipments might have come in over night.

Yeah Wii-mania in the US was absolutely nuts. It's telling that Switch is still so far behind the Wii in the US despite having a bonkers record-breaking year this year globally. The first like 3 years of Wii sales were simply unprecedented.