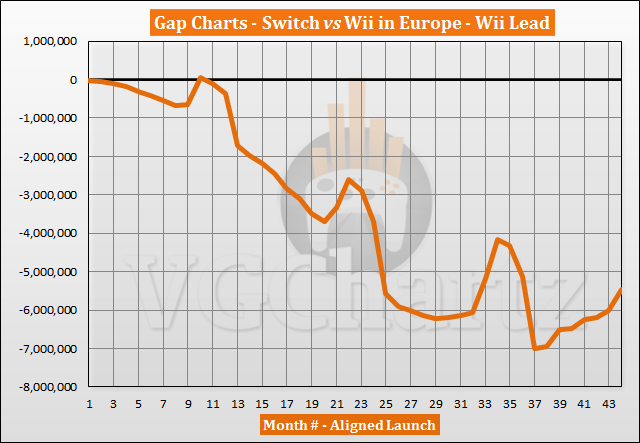 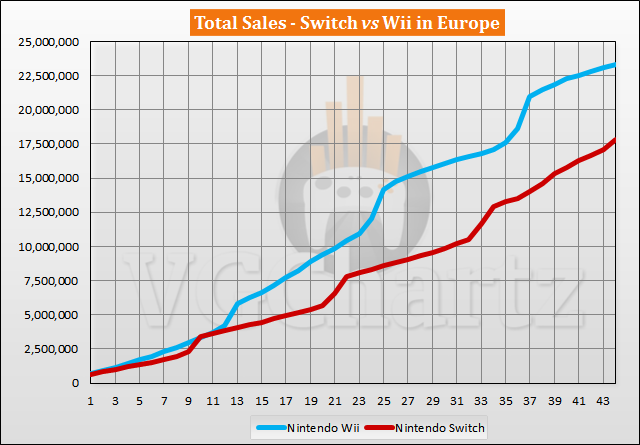 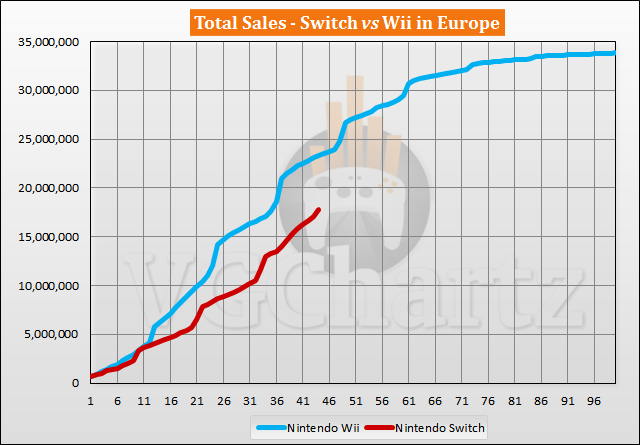 October 2020 is the 44th month that the Nintendo Switch has been available for in Europe. During the latest month, the Switch closed the gap by 547,229 units when you align the launches of it with the Wii. In the last 12 months, the Switch has outsold the Wii by just 585,091 units. The Wii is currently ahead of the Switch by 5.48 million units.

The 44th month for the Nintendo Switch is October 2020 and for the Wii it is July 2010. The Switch has sold 17.82 million units, while the Wii sold 23.30 million units during the same timeframe. The Wii sold current Switch sales in month 36.

The Wii sold 33.88 million units in Europe during its lifetime. The Switch needs to sell another 16.06 million units to outsell the Wii.

Do you do one of these with NS vs Wii for USA or Americas too?

The Switch should be able to overtake the Wii in two years if things keep going at this rate, maybe sooner.

Why wouldn't switch sales fall off a similar cliff?

@Robert_Downey_Jr. Unless Nintendo replaces the Switch soon, Nintendo handhelds keep their momentum much better than their home console counterparts, plus the Wii burned bright at the end and slowed down faster than most consoles, so it's not weird to see the regular Switch's momentum overcome the slowing Wii sales.

Do one for DS too please.