Worldwide digital game revenue in 2020 on the Black Friday weekend saw a decline when compared to last year, according to a report from research firm SuperData.

The unmet demand for the PlayStation 5 and Xbox Series X|S consoles is likely one of the reasons console digital game sales are down. Growth in subscription services like Xbox Game Pass and PlayStation Now could be another factor. Xbox Game Pass subscribers in October 2020 were up 216 percent year-over-year. 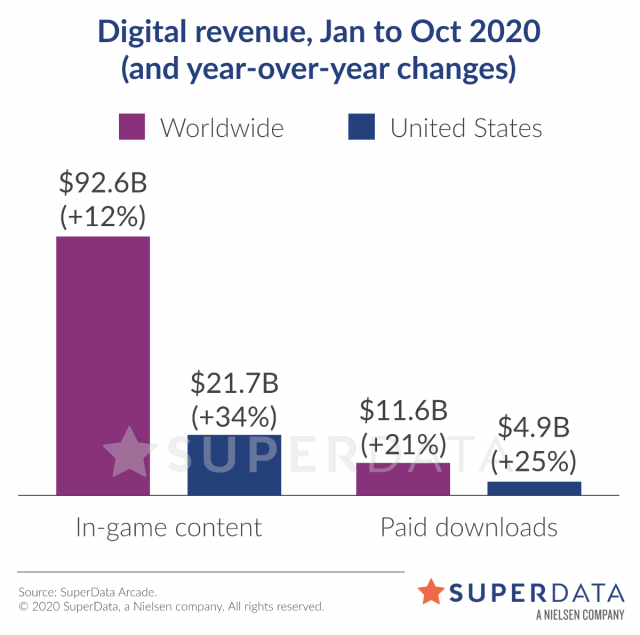 "Despite the lower numbers on Black Friday through Cyber Monday, spending on digital games is growing significantly this holiday season," said principal analyst at SuperDataCarter Rogers. "Even individuals who might have bought physical games at brick and mortar retailers in a normal year are opting for the convenience and safety of downloading games."

Digital games revenue from January to October 2020 is up year-over-year. Worldwide in-game content increased 12 percent over the period to $92.6 billion, while paid downloads jumped 21 percent to $11.6 billion.

SuperData expects digital games revenue momentum to continue through the holiday season and Christmas Day spending will likely be up in 2020 as many people are expected to get digital-only consoles - PS5 Digital Edition and Xbox Series S - as a gift.

As the article mentions, I'm confident that Gamepass and the lack of new gen systems accounts for most of this.