Developer Ripstone Games announced Poker Club will launch for the Xbox Series X and S, PlayStation 5, PlayStation 4, Xbox One, and PC on November 19. It will launch later for the Nintendo Switch.

The game will support Smart Delivery on the Xbox Series X and S, and Xbox One, as well as cross-buy on the PlayStation 5 and PlayStation 4. It also supports cross-platform and cross-generation multiplayer.

"It’s not been easy, but we are very proud to finally announce that we will achieve our goal, with Poker Club launching on November 19 for PC, PlayStation 5, Xbox Series X, PlayStation 4 and Xbox One. This is the poker game we’ve always dreamed of and offers more modes and ways to play than anything else out there. We can’t wait for players to join us at the poker table this holiday season!" 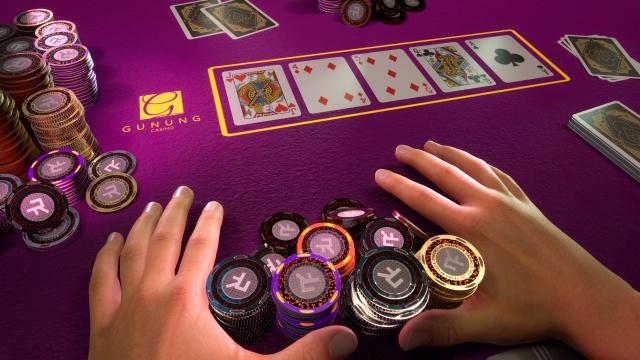 Poker Club is designed as a social experience. In line with the increasing online community-led nature of the gaming landscape; Poker Club will connect players with friends and poker fans around the world, featuring tournaments for over 200 participants. Players can create or join a club complete with leaderboards, bespoke tournaments and daily chip bonuses, whilst working towards shared goals that unlock exclusive rewards. Some customisable gear and events are club-specific, meaning the best way to play is as part of a collective with others from around the world. Poker Club will also offer cross-platform and cross-generation play, meaning users will be able to play together on PC, Xbox and Nintendo Switch platforms. PlayStation users experience cross-generation play between PlayStation 4 and PlayStation 5 platforms.

Poker Club offers players more ways to play than ever before with a full house of Texas Hold’em online tournament modes and ring-games. Players are invited to take on the challenge of the PCC Poker Tour, an immersive online career mode that takes players on a journey from back-room games to big-money main events. From Single-Table and Multi-Table tournaments, to Freezeouts, Shootouts, Turbos, Super Turbos, Bounties and more, Poker Club offers a variety of online multiplayer modes featuring customizable private games, open tables and full-scale tournaments. With an advanced Poker 101 tutorial system featuring advice for beginners and advanced players alike, Poker Club offers a jackpot of poker fun for all.

Poker Club has been built from the ground up to offer an immersive play experience on all platforms. With a first-person viewpoint in gameplay, along with top-down cameras and cinematic angles, Poker Club delivers the true feeling of sitting at the card table like never before. There are 7 meticulously detailed arenas to play in, ranging from the grungy basement of Ralph’s Pizzeria to the glitz and glamour of Casino d’Oro, whilst advancing through the ranks to become a high roller opens up access to high-stakes tournaments at the Intensity Arena, where the big money can be won. With deep player customization options ranging from unlockable apparel to exclusive table items, the journey from back-room card shark to poker pro has never looked this good.