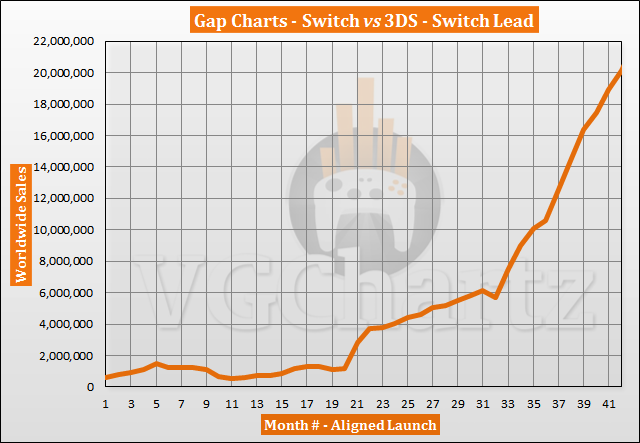 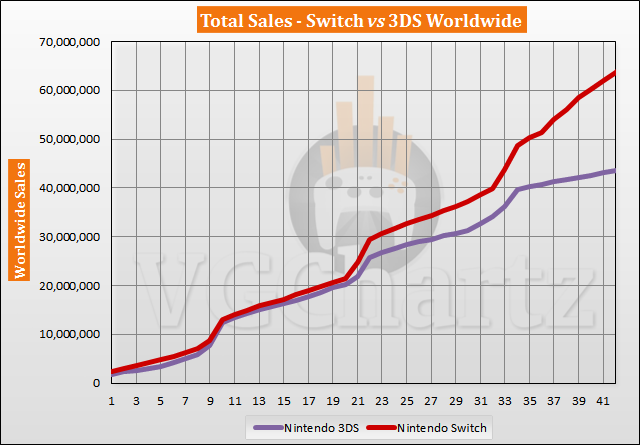 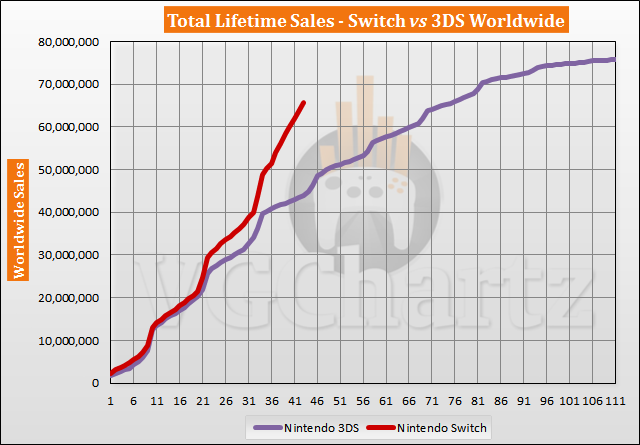 Lol say goodbye to this chart come December when the Switch outsells the 3DS, this isn't even comparable anymore.

The plan is to continue this chart until the Switch outsells lifetime 3DS sales.

The Japan Switch vs 3DS chart is still interesting. I hope you continue with that one.

Switch vs 3DS in Japan will continue. Once the PS5 and Xbox Series X|S launch I plan to stop doing some of the current ones and add new ones using those systems.

Crazy to think the Switch is already that close to the total lifetime 3DS sales.

Nintendo Switch will soon outsell its Wii and 3DS brethren. What an insane time for Nintendo :')

Holy hell that looks like an exponential curve but the switch should cross the 3ds by the end of the year. Hopefully it sells 30mil this year.