Xbox Series X and PS5 is the Biggest Leap Ever for a Console Generation, According to Gearbox CEO - News

Gearbox CEO Randy Pitchford in an interview with GameSpot discussed the next-generation consoles, the Xbox Series X and S, and PlayStation 5, and how they represent the biggest generational leap in console gaming history.

"I think customers will realize how profound of a difference it is to have the throughput capability that these new platforms bring. It's just absolutely unreal," said Pitchford. "The leap there with PS5 and Xbox Series X is the biggest leap I have ever seen in the history of console generations. I'm saying, including the leap from 2D to 3D.

"It's going to change the way we think about every bit of our experiences. However, it's going to be hard to see that in the initial launch titles because a lot of the launch titles are games that were endeavored upon before. Frankly, there are a lot of ports, and games that have already [available] on existing platforms that are being reimagined with these new platforms.

"Still, I am super pumped about what it means for Borderlands 3 on PS5 and Xbox Series X. We’ve expanded that a lot, with the upped resolution and framerate to 4K and 60FPS, and added in four-player split-screen, which is like rendering four copies of the game at once on a single console. It’s fricking cool, man. I’m really excited for gamers that are going to get to experience Borderlands 3 on the next-gen platforms. I think it’s going to be a really big moment." 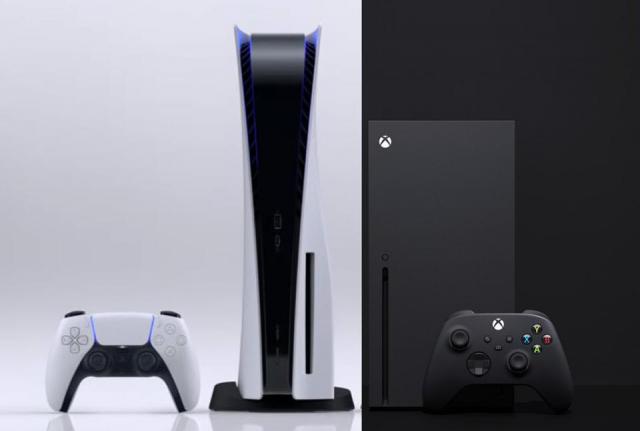 The first-person looter shooter, Borderlands 3, will be coming to the next-generation consoles, the Xbox Series X and S, and PlayStation 5. Owners of the Xbox One and PlayStation 4 versions will be able to upgrade for free.

The Xbox Series X and PS5 versions will be able to run single-player in 4K resolution at 60 frames per second and add three and four-player split-screen.

Borderlands 3 is available now for PlayStation 4, Xbox One, Windows PC via Steam and the Epic Games Store, and Google Stadia.

Eh... its not the actual game changing experience of moving from 2D to polygons. I would even argue moving from PS1/Saturn/N64 to something like OG Xbox was pretty incredible as well. In comparison, the 9th gen will look like a more refined version of the 8th gen.

Not based on what I've seen.

In spec terms maybe he's right, but there's diminishing returns at play. The leap in processing power isn't going to meet what the gamer views as "better".

As someone who lived through it, seeing the jump from Mario to Mario 64 was mindblowing. Don't see the same with this.

The only thing that can surpass going from 2d to 3d is virtual reality where you are in the game world and free to do as you please.

I'm not seeing it personally. On Series X we have about a 9x GPU increase and a 4-5x CPU increase over base Xbox One I believe (smaller leap from PS4 to PS5), which isn't bad, but alot of that extra power is going to be going towards the push for native 4K, which is a 4x higher resolution than 1080p (a larger leap in resolution than 480p gen 6 to 720p gen 7, or 720p gen 7 to 1080p gen 8), which will sap alot of power that could be used to push graphics further instead. Even without the push for 4K, a 9x GPU leap is still smaller than we saw on some previous generations. For instance Xbox 360 was about a 12x GPU leap over OG Xbox, while the leap from PS2 to PS3 on GPU was even bigger, due to PS3 releasing earlier than OG Xbox and PS3 releasing later than 360. The biggest leap we will see by far is in terms of storage speed, thanks to SSD. If anything will result in a truly next-gen feeling, it is that. We have like 40x faster storage capability on Series S/X than on Xbox One, and an even bigger leap on PS5 compared to PS4.

Wow. Seems someone is desperate for people to get excited about next gen. I'd say its the smallest leap ever for a generation, which is what you would expect as each successive generation has diminishing returns. SNES/Genesis to PS1/Saturn/(and particularly) N64 and that gen to GC/PS2/Xbox were the two largest for sure. This is more like hey the graphics went from highly realistic to more highly realistic and there's better lighting and faster load times. Good improvements but not exactly something that is mind blowing or anything.

Yeahno. But it’s okay they always try to hype this up every gen. It’s rarely warranted if you asked me.

I really doubt it since the PS5 is comparable with a RTX 2060 super which can't run many games in 4k 60fps and new games will have much better graphical qualities which makes hitting high resolutions and framerates even more taxing. The biggest change for Sony will be better graphics, silence and almost no loading times.

I'd argue the exact opposite, this generation will be the SMALLEST perceived LEAP ever. RAM capacity has barely doubled. The disc capacity did not change. The CPU leap is great but compared to the leaps we have seen up until ps3, it's less than impressive. The GPU performance (compared to PS4) has increased 4-8 times, which is less than any other generation. The only impressive thing about this generation is the transition to SSDs which are 10-100x times than HDDs. Although this generation will bring many benefits and innovation, the graphical leap will be the smallest ever (albeit with better performance), and to most people, it will be barely any different.

I don't think it's as big a jump as going from consoles that generally didn't have online connectivity, to ones that did. Online play, DLC, etc. Going from Saturn/PS1/N64 to Dreamcast/PS2/Xbox/Gamecube was a bigger transformation because of that. Not all gamers were online, but all game systems could be and game experiences transformed as a result.

Randy is such a weirdo