Maneater Doesn't Support Cross-Gen Progression for PS4 to PS5, But Does for Xbox One to Xbox Series X and S - News

Publishers Tripwire Interactive and Deep Silver, and developer Blindside Interactive last month announced Maneater will be getting a free next-generation upgrade for the Xbox Series X and S, and PlayStation 5 at launch.

Tripwire Interactive in an FAQ has revealed cross-generation progression between the PlayStation 4 and PlayStation 5 is not supported, however, it is supported between the Xbox One and Xbox Series X and S.

The next-generation upgrades will support ray tracing, native 4K HDR resolution at 60 frames per second, and new lighting effects. The PC version will receive these enhancements in 2021 via a free update. 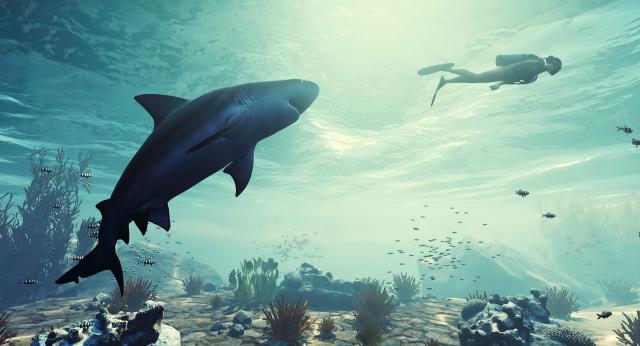 Maneater is a single player, open-world action-RPG (ShARkPG) where YOU are the shark. Starting as a small bull shark pup you are tasked with surviving the harsh world while eating your way up the ecosystem. To do this, you will explore a large and varied open world encountering diverse enemies—both human and wildlife. Find the right resources and you can grow and evolve far beyond what nature intended, allowing the player to tailor the shark to their play style. This is fortunate, because to get revenge on the cruel fisherman that dismembered you will take evolving into a massive shark, an apex predator of legends. Eat. Explore. Evolve.

Maneater will launch for the Xbox Series X and S on November 10 and for the PlayStation 5 on November 12 in North America, Japan, Australia, and New Zealand, and November 19 in Europe and the rest of the world.

Who cares? Oh no! I can't start my game on one console, and then finish it on another! This will be a minor inconvenience for 2 months, after buying a PS5, for 5% of PS5 users. This article is a giant nothingburger.

That's worrisome. Maneater and Yakuza: Like a Dragon don't have cross-save files on PS5 which could potentially mean there's no such feature available

More and more games are coming out without this feature for PS5. Pretty shocking oversight, specially for people who are unable to get their console at launch who would like to continue their game progress once they are able to upgrade.

does stuff like this even matter? barely news worthy imo. If you install something and have to reinstall it, its not surpriseing that you gotta start from zero imo. Its always been that way before.

Its a neat feature to have so you can continue your games from where you left off om your new console.

Well it's a huge plus that it exists for some games. I want my progress to carry over and the hours I put in to matter. It's kind of the point of backwards-compability imo. To not only not leave behind your games, but also to not leave your progress in those games behind.

JRPG, Come on you cant be serious. Weather it matters to you or not, we want to support these features and make them an industry standard.

You do realize that game saves, and the actual game software are two separate things...right JRPGFan?

Uh, what? Since when do you need to start over if you uninstall something? Just recently I reinstalled Fallout 4 and Outer Worlds. Fallout 4 still had me load in to that storm DLC area and Outer Worlds loaded me right into the last area of the game. And Fallout had been like, two years since I'd played.

You can excuse virtually every feature and element the consoles offer as not important, but they are QoL features that add up.