Tweet
by Daniel Parker , posted on 01 October 2020 / 2,374 Views
Projection: First Light is a stylish, easy-going platformer with plenty of depth, which thankfully doesn't crank the difficulty to eleven.  Deriving its art style from the traditional 2D shadow-puppet shows of Indonesia, known as wayang kulit, the game not only pays homage to its roots, with its nice-looking traditional houses from Sumatra, for example, but also takes visual and sound cues from China, Turkey, and England; the other areas in the game. 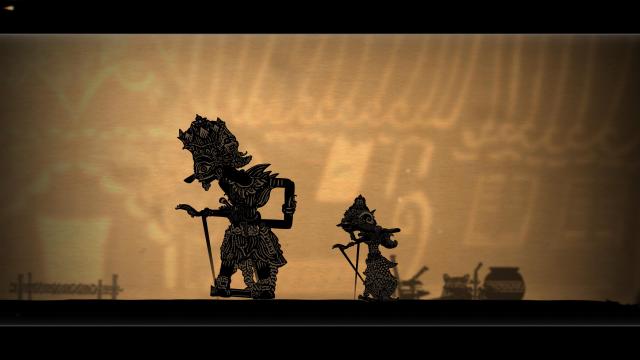 The story takes the player through Greta's journey, as she seemingly travels the world after being grounded for causing mischief across town.  Unlike traditional wayang puppet shows, the game features no vocals, other than minor grunts, screams, laughs, and cheers, leaving it up to the player to deduce what's happening in the story based upon the actions on-screen.  It also doesn't rely on any particular language to get its message across; speech bubbles are instead filled with photography and language options only affect the menus and title cards.  The Indonesian language is mysteriously absent, which is a bit perplexing, all things considered.
The game's overall presentation is simplistic, with no heads-up-display, as there's no timer, score count, or a limit on lives.  The only prompts you'll see are button call-outs, which, if you're on PC, will always display Xbox button notation, regardless of whether you're playing on mouse and keyboard or controller.  The menus themselves are basic text, with lines separating rows of save-files and various menu options, with pictures usually in the background and foreground.  Perhaps the menus would have been better had they made use of the game's theme of puppetry. 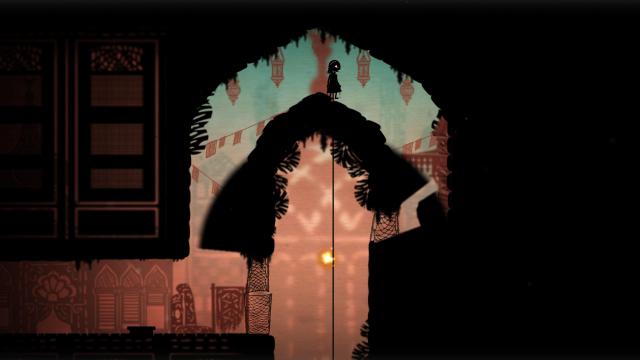 Animations are done smoothly in 60 frames-per-second, conveying what the characters are feeling.  Be it the shaking of fists, or in some cases flailing their entire body around, to covering their faces in disappointment, characters are well-animated considering that they're flat shadow puppets.  Greta herself can move all of her limbs, while others, like the traditional wayang, have no articulation in their legs but are very fluid with their arm movements, which compliments the gameplay nicely.
Game mechanics are another strong suit of Projection: First Light.  While using your light-manipulating powers to cast shadows to use as platforms, you'll familiarize yourself with the positioning over time.  Knowing exactly where to place your ball of light to cast shadows at just the right angle to progress through the level becomes second nature with practice.  The feature itself isn't perfect, which actually is to the game's benefit, opening the door to advanced tactics for completing the level faster.  Certain combinations of in-game movements in relation to shadow manipulation will cause Greta to instantaneously pop into mid-air, or even phase through walls, which will no doubt make the game more appealing for speed-running.  Some obstacles in the game can be shortened with these tricks, or even bypassed entirely, which on its own is a satisfying reward for out-of-the-box thinking, but in no way is it required to use these exploits to progress through the game. 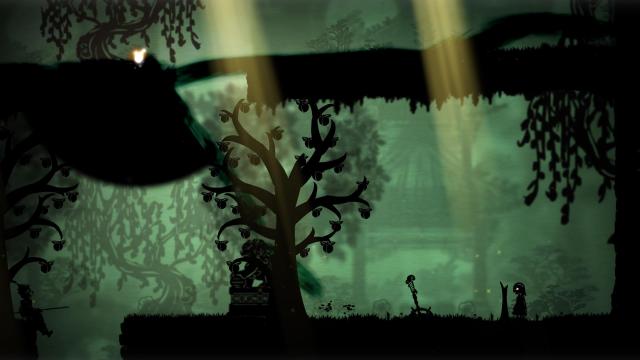 Whether you're looking to speed through the game as quickly as possible or take in the game's scenery at a slower pace, both styles of play are equally enjoyable.  The PC version has the added benefit of utilizing the keyboard and mouse, which opens up tactics and options not possible on a controller and frees your right hand from executing jumps (the spacebar is used for that action).  Utilizing a mouse and keyboard for play, you can simply click the screen to instantly snap the light source into place.  This feature allows you to move the light faster than the limits of scrolling across the screen with the right analog stick, and without over or under-shooting your positioning, potentially making your casted shadow platform unusable. 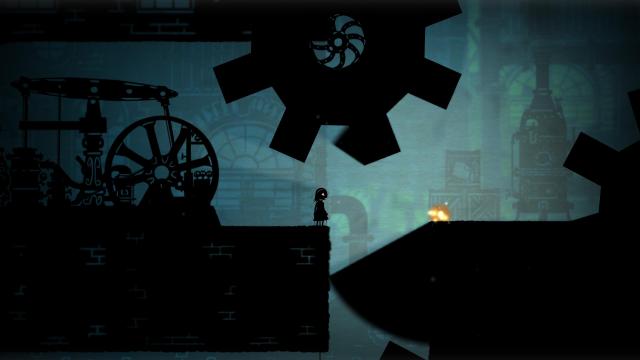 In addition to the directional pad and analog stick, the L2 and R2 buttons may be used to move left and right.  This is great, as having the directional inputs mapped to shoulder buttons will no doubt help those who may have trouble operating the directional pad or left analog stick.  All things considered, the flexibility of mouse controls and being able to place your light source wherever you like, over playing with an analog stick with no option to adjust sensitivity, simply leaves the controller feeling unreliable and not as solid in comparison and may even ruin the player experience.  Using a controller incentivizes players to move Greta and her light sources, one after another, while keyboard and mouse users may play the game much more dynamically, controlling both in parallel for a smoother experience.
As good as Projection: First Light tries to be, the overall package does have a few scuffs that hold it back from perfection, from the unskippable cutscenes to the inability to remap buttons and a lack of any in-game progression status updates (it would be nice to know how many butterflies you've collected in a particular area, without having to consult your save-file).  Skipping cutscenes would be nice for those who are just looking to get back to their game and play it, especially considering the fact that the game already does well restarting the player at the beginning of an obstacle they've died at.  There's no disruption to the overall pacing, and no constant restarting of the level and having to redo the same tasks. 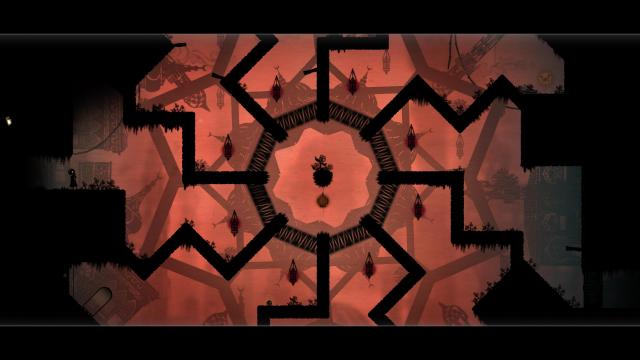 Moreover, in what is likely an issue exclusive to the PC version that'll most likely be fixed in a future patch, playing the game with your monitor settings above 60 frames-per-second will cause various issues with cutscenes and gameplay.  This will lead to the game eventually becoming unplayable, by locking you on the wrong side of an invisible wall, making it impossible to progress, so you'll need to keep this in mind when using a high-refresh-rate monitor.
In conclusion, in spite of a few shortcomings, the overall package is worth getting into.  It's not overwhelmingly difficult, with obstacles being just hard enough to be fulfilling but not so much so that you're staring at your screen in utter confusion.  The music takes inspiration from the real-world counterparts of the in-game levels; it's easy-going and mellow as you solve your way through areas.  If the game looks interesting to you, give it a go.

This review is based on a digital copy of Projection: First Light for the PC, provided by the publisher.