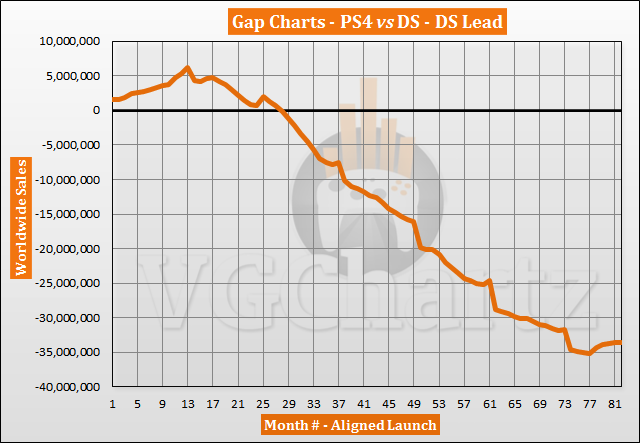 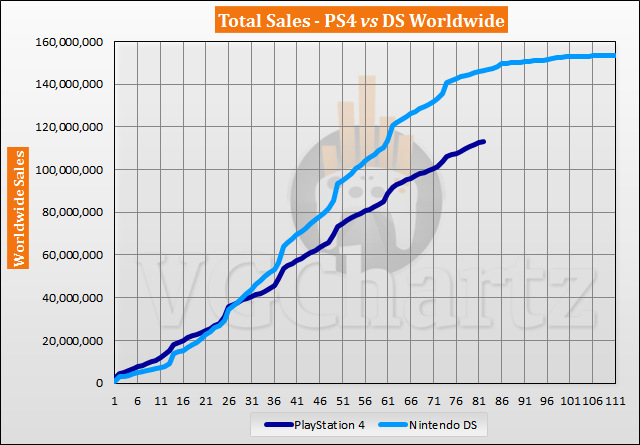 Can't we really have the shipments by quarter or estimated sales model for the PS2 ?

Shipment quarters could certainly be an interesting comparison. But not for the PS4 anymore, as that one will not go much further now. Switch on the other hand looks like it can go further right now, so that might be worth a look.

Never say never ... At least that's what people tend to say on here. But yeah Sony PS4 likely won't catch it's legendary predecessor the Sony PS2 in sales. I don't see the Sony PS4 catching the Nintendo DS either. Not more so that the PS4 doesn't have the potential simply not enough time. Sony will discontinue the PS4 likely 4 years from now. Not enough time. However Sony PS4 retiring at 120-125 million sold is truly another achievement for Sony :')

they will do a price cut

We all know the PS4 has slowed down, so it ain't happening.

with price cut it will happen.

No way in hell this is happening