A console RTS that inspired several PC classics but still goes largely unheralded, Herzog Zwei is an ideal candidate for the final installment of the outstanding SEGA AGES line-up. Designed by Technosoft in 1989, Herzog Zwei combined arcade action with real-time strategy (RTS), a potent mixture that inspired games like Dune II, WarCraft, and StarCraft. Looking back, it also represents a very early precursor to the MOBA genre. The wizards at studio M2 have brought it back to life on Switch with all the usual SEGA AGES bells and whistles, plus an essential tutorial mode and, for the first time, online multiplayer. 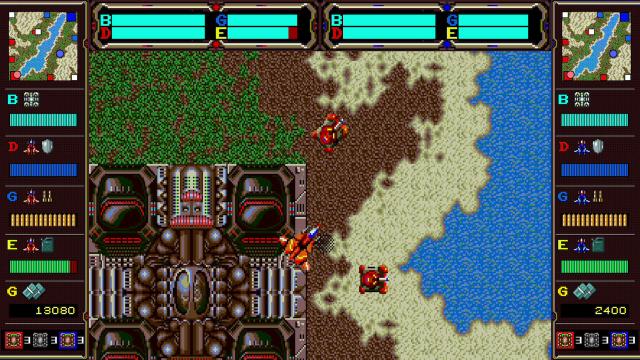 Herzog Zwei is a console RTS with a twist. Where many entries in the genre involve players acting as an invisible commander, in this seminal Genesis title players must actively participate in battle. They control a powerful jet in a top-down 2D perspective, similar in style to Technosoft's Thunder Force II, which can engage enemy troops on the ground by transforming into a robot, and carry friendly units around the battlefield while in jet mode.

Outside of this unusual mechanic, everything in Herzog Zwei unfolds according to the typical RTS flow. You'll build units using accumulated money, assign them orders, capture neutral fortifications, grow your war chest, and ultimately target the enemy base. 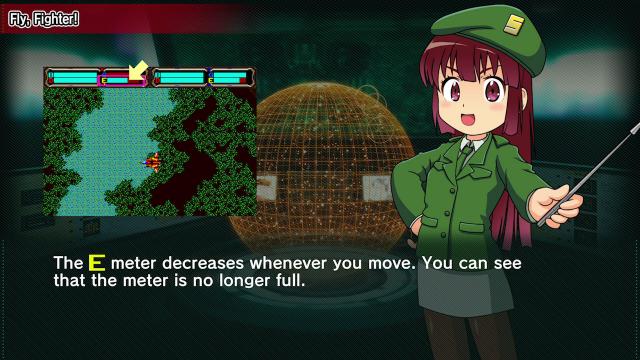 It's fascinating playing Herzog Zwei, in part because what Technosoft accomplished here — crafting a fully-fledged RTS in 1989 on a Genesis, three years before Dune II popularized the genre — is so extraordinary and unlikely.

That said, the limitations of the hardware and the era are present throughout the game. The largest issue is friendly AI; it's just not very smart. While commanders have a wide range of nuanced orders to issue to deployed units, in practice those units are not very reliable. Your infantrymen, tanks, bikes, and armored cars will march right into enemy ambushes or, worse, get stuck on the terrain or tumble into ravines. As a result you'll often need to babysit your troops.

This problem is exacerbated by some stiff and fussy console controls. Aiming while in robot form is a bit clumsy, and picking up and redeploying units in jet form is sometimes a pain since two buttons are responsible for several different actions. In one of the tutorial lessons your instructor even says, "I'll warn you, there are cases of people pressing the wrong button here! Many accidents happen!". 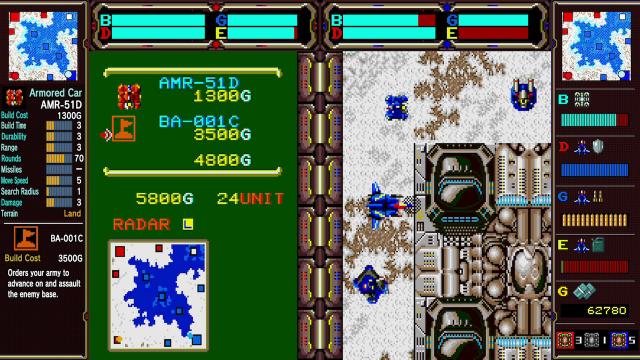 Speaking of the tutorial, it's a life-saver. Herzog Zwei is a game with a steep learning curve and lots of unexplained rules and commands. The "Herzog Academy", unique to this SEGA AGES version, explains all the obscure mechanics, strategies, and unit logic perfectly. Across 12 lectures, it provides clear instructions, plus a lot of fun allusions to previous SEGA AGES titles and plenty of silly humor. It's absolutely essential.

To go with this tutorial, M2 has added handy menus to the original Genesis presentation that explain things like build cost, unit orders, unit range, and build time. You'll also get all the standard SEGA AGES customization options like display mode, display effect, and wallpaper, plus a "helper" mode that allows players to install handicaps against the CPU. 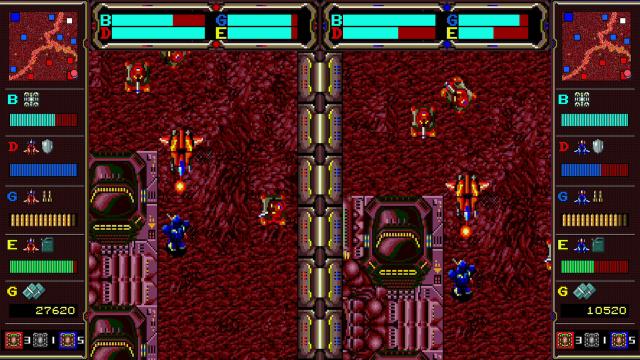 Battles against the CPU are a big part of Herzog Zwei, but arguably more important is the multiplayer scene. This SEGA AGES release retains the original title's split-screen two-player local multiplayer and adds to it never-before-seen online multiplayer. While the split-screen set-up is a bit cramped, the ability to play with random folks online is an excellent addition.

With Herzog Zwei, the SEGA AGES line comes to an end. It's a worthy and appropriate send-off, since it represents what the series is all about: recognizing, preserving, and enhancing older, often overlooked SEGA titles. As a pioneering console RTS that inspired classics like Dune II, WarCraft, and StarCraft, Herzog Zwei certainly fits the bill. Moreover, thanks to online multiplayer and a much-needed tutorial, it's deeper and more comprehensible than ever before — even if some of its original flaws have survived the porting process. If you're a Genesis and/or RTS fan, you owe it to yourself to try this one out.

This review is based on a digital copy of SEGA AGES Herzog Zwei for the NS, provided by the publisher.

Generally considered the first ever Action RTS/MOBA game, when I first saw you were reviewing this I did wonder how well it could have aged. The answer seems to be pretty well! The first one I played was Future Cop LAPD, and there are mechanics in that game that are still ahead of the curve in the genre (neutral towers to capture, ability to spend currency on additional & upgraded creep units, defensive as well as offensive creeps, etc.).

Agreed. Absolutely groundbreaking game for its time. Has kind of aged over the years, but still some fun to be had. 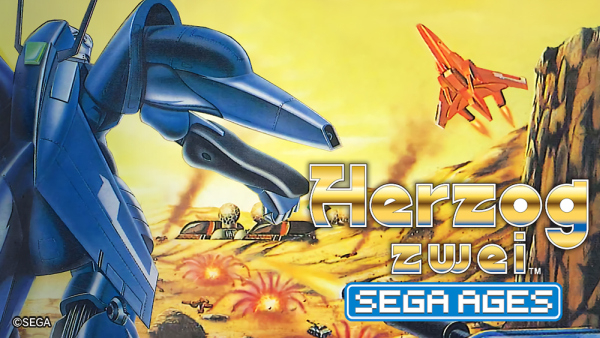