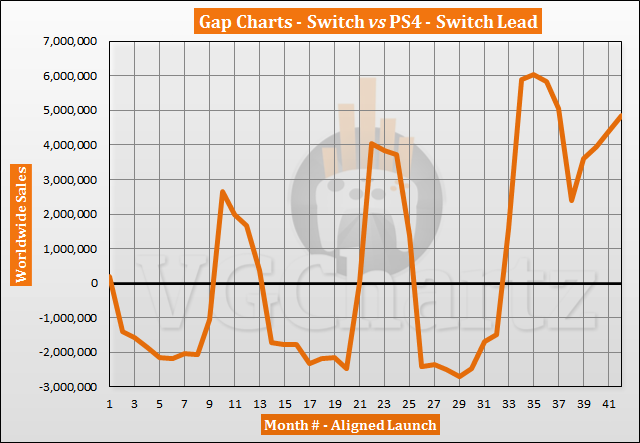 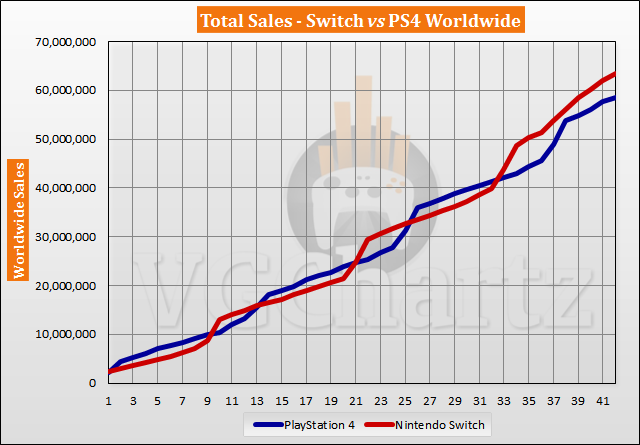 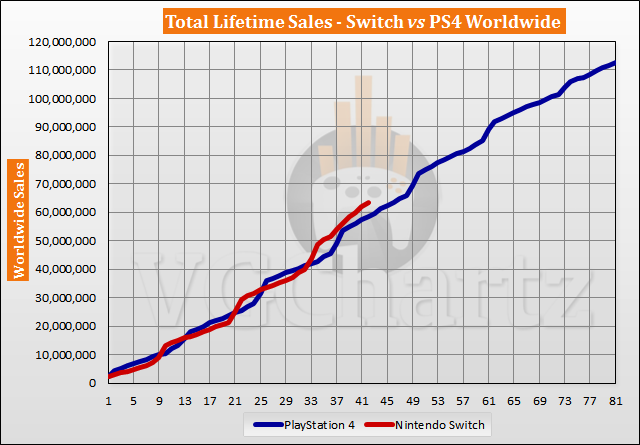 Hear me out, the PS4 will never regain a lead over the Switch ever again.

I have to agree with you on that friend. Not much Sony PS4 can do at this point against Nintendo Switch, its too late in the Sony PS4's life now.

At this point the people who think there's no chance the Switch outsells the PS4 are like the people as late as 2019 who thought there was a chance it won't outsell the 3DS. Claims like that should mostly vanish after December when the Switch gets a 10+ million lead.

This comparation is gonna be atrocious in a few months.
Switch by the end of the year is gonna ship 77-78 million units. At the same time, PS4 will be at 67.5 million. That's like 10 million gap. And 2021 for Switch is looking like another 25-30 million year, yeah this comparation is pretty much over.

In 4 Month (Switch December 2020, PS4 August 2017), PS4 is at roughly 63.8 Million, so basically at the current switch numbers. Switch lead then will be at least 10 million, maybe even 12-13 million. If things go really crazy even more. Thats pretty insane.

Switch is about to completely decouple from PS4. It's gonna be like 12 million up on PS4 at the end of this year, and still probably like 8 million up after PS4 gets its next holiday on the chart.

Will the ps4 ever cross Nintendo switch again? I don't think so. So basically I'm saying switch will win out in the end. Will it outsell PS2 and DS? Only if it somehow sells 28-49mil this fiscal year and 27-30mil next fiscal year then it has a shot but it's not as likely. Will ps5 outsell the switch and/or ps5? I hope so. I honestly hope both X-series and PS5 outsell PS4 and switch somehow though unlikely and then switch 2 comes out and outeells every damn console ever released in history because I want a damn healthy console market and I love a good competition. I don't want DS and PS2 to be the peak of gaming sales, even if those 2 are awesome consoles.

Nintendo is really taking bold shots at the competition. However, Sony PS4 is in the last years of its life now so not much of a fight the 8th gen Sony PS4 can put up against the 9th gen Nintendo Switch currently. I expect Nintendo Switch sales to grow over Sony PS4 for October as well. November will be the most interesting month from all 3 consoles with Sony PS5 in the fold. How will the Sony PS5 event next week effect October and November ? These are insane times :D

@Marth Oh I see, thank you for letting me know its launch time compared friend. I'm use to seeing same gen comparisons from other news outlets but this is cool as well :D

Switch was released mid-gen 8th gen. I'd say that qualifies it as 8th gen. Anyway it doesn't really matter, it's just a label. Nintendo will for now on likely be releasing systems in the middle of Sony/Microsoft lifecycles so you're gonna have to get used to Nintendo gens not lining up with the other two.