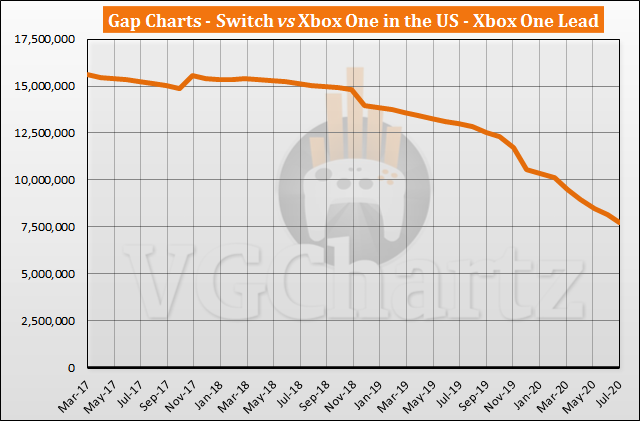 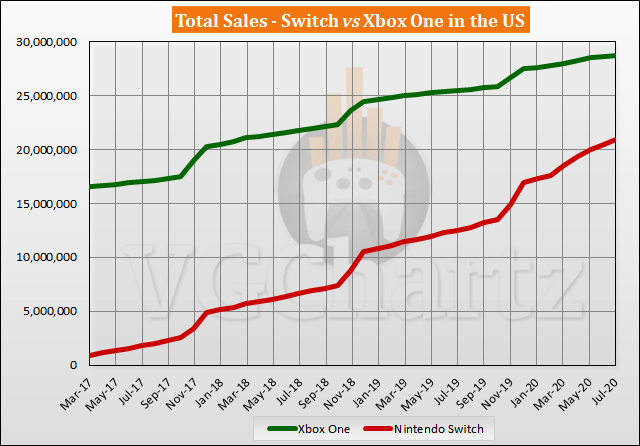 If you were to align the launches of the two consoles in the US the Switch would be ahead by 4.38 million units, as the Xbox One had sold 16.54 million units through 40 months.

Switch will probably catch the XB1 by the end of next year.

Only a matter of time. Switch is beating much bigger titans than xbone