Publisher Modus Games seems to have an affinity for games featuring rolling rocks. In the space of a few weeks the company launched both Rock of Ages III and Skully, the latter a 3D platformer starring a reanimated skull. While Skully delivers some interesting puzzles, collectibles, and narrative beats, its inconsistent difficulty curve, lackluster boss battles, and poor visuals ultimately undermine a promising setup.

We first meet Skully, a diminutive, unidentified skull when it washes ashore a lonely island. Reanimated by a pool of magic mud, the hero-to-be Skully meets Terry, a rock-man who exhibits god-like powers. As the game marches on it becomes clear that Terry is a divine being, one of four elemental children entrusted with safeguarding the island. Seeing Skully, Terry hatches a plan to make peace with his squabbling siblings. 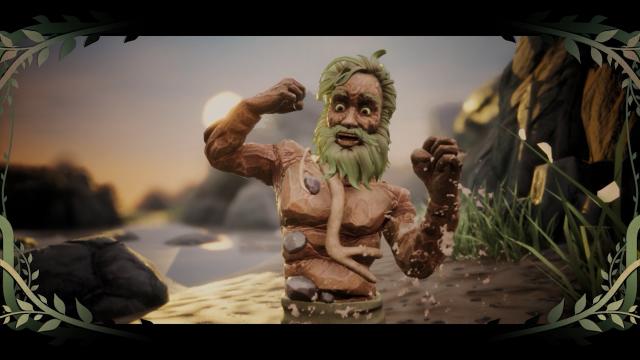 Although the story in Skully starts simply, it takes on a much heavier, emotionally-powerful flavor in the second half. Writer Brandon Hicks touches on themes of family, legacy, hubris, grief, and sacrifice, and delivers a tear-jerking finale. The only issue is that developer Finish Line Games delivers the story via slideshow-esque cut-scenes, where the camera moves between static frames instead of fluid, animated motion. It's a bit distracting.

Cut-scenes, however, are a relatively small part of the game. The vast majority of the time, players will roll Skully around 18 levels, climbing up inclines, hopping across stones, and avoiding deadly hazards like water, lava, and gusts of wind. While Finish Line Games starts with a handicap — a 3D platformer with a rolling avatar is a recipe for consternation — the studio manages to create some interesting scenarios that demand equal parts patience and twitchy platforming. Things become especially engaging when three different Skully forms appear. 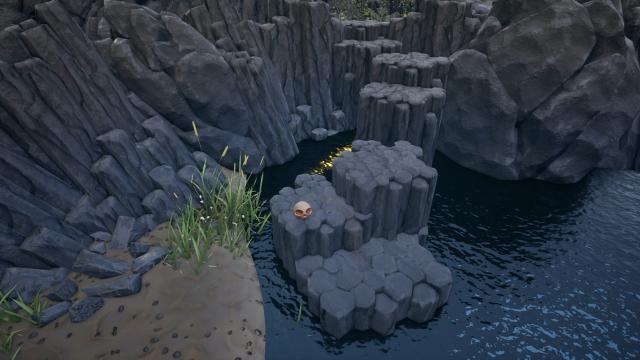 These forms transform Skully from a straightforward platform game into a platform-puzzler, for the better. Strong Form turns our hero into a stone hulk who can bash walls and clear rooms of enemies. Swift Form, apart from being ridiculously cute, can run at high speeds and push platforms across gaps. Finally, Vault Form introduces a super helpful double jump. Finish Line Games leans on these forms to create some clever puzzles late in the game, where three forms might need to collaborate to get the spherical Skully to the exit.

Regardless of some late-game cleverness, Skully suffers from a strangely erratic difficult curve. The game doesn't start easily and slowly ramp up in difficulty. Rather, there are difficulty spikes in individual levels, where sometimes checkpoints will be bunched together and other times spaced impossibly far apart. Across all 18 chapters, and even within individual chapters, there's a glaring lack of consistency in terms of challenge. 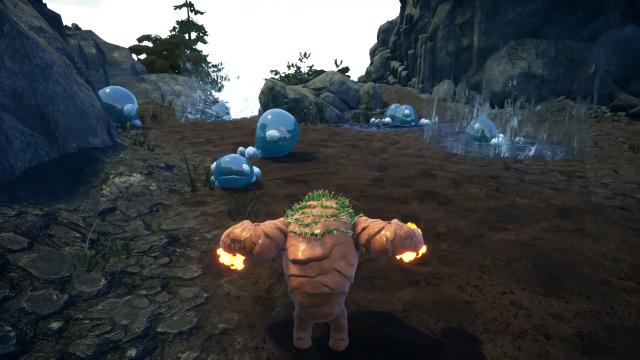 In the same vein, boss battles are unreliable. The first brawl with Terry's sister Wanda is the best of the bunch, as it involves some tricky platforming and a few breathless retreats. Subsequent boss exchanges, including the finale, are relatively tame and uninspired.

With 18 levels and a few boss fights, Skully sports a decent amount of content. Moreover, each level includes hundreds of collectible leaves - some of them out-of-reach - that are perfect for completionists. Collect enough leaves and you'll begin to unlock a collection of concept art. 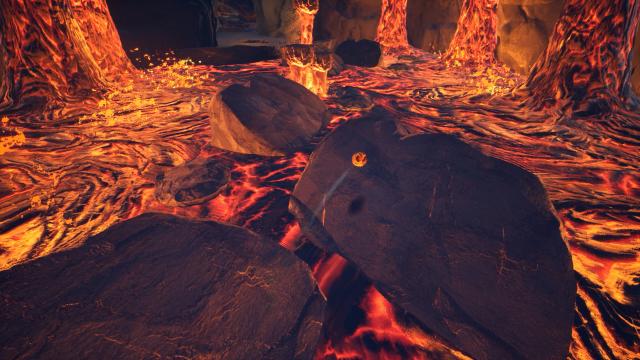 While Skully can claim decent replay value, it can't brag about anything related to performance. Due to dynamic resolution and slow-loading textures, the game looks — at least on Switch — rather poor, with fuzzy graphics emerging at random times. It appears especially grainy in handheld mode. This graphical issue becomes more pronounced in a couple of chase sequences where the camera becomes locked, either behind or in front of Skully. The combination of low resolution and a fixed camera makes these platforming sections harder than necessary.

Skully has some good ideas and a surprisingly moving story, yet a lot of the good stuff is undermined by inconsistent gameplay and technical issues. There are some clever puzzles and platforming sections to enjoy, but also some bland boss battles and difficulty spikes to endure. This is a rocky game, in more ways than one.

This review is based on a digital copy of Skully for the NS, provided by the publisher.