The cottage industry of Souls-likes continues with Hellpoint, a modest action-RPG from developer Cradle Games. By embracing the tenets of the sub-genre — deadly combat, rewarding exploration, and a gameplay loop designed around learning from failure — and adding a couple interesting additions, it delivers an experience that's decent, if a little generic.

Unlike many Souls-like games, which unfold against a medieval backdrop, Hellpoint embraces a sci-fi setting that's part Dead Space, part Event Horizon. Everything takes place on the space station Irid Novo, which orbits a black hole and has become, in the words of one NPC, "a Swiss cheese of interdimensional breaches and wormholes". Bodies litter the halls and chambers of Irid Novo, and demons, gods, and monsters stalk its walkways. Amidst this hellscape, you, a "Spawn", are brought into existence by the "Author", an unidentified being that asks you to collect data on what went wrong. 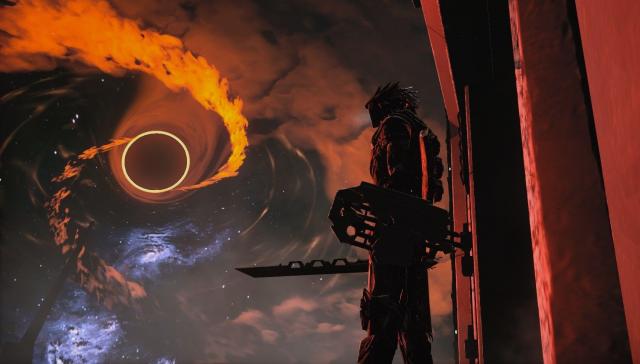 As a Spawn, you'll explore Irid Novo according to a standard Souls-like loop: set off from a Breach (think bonfire); explore interconnected environments; fight monstrous enemies; collect gear, blueprints, and Axions (experience points); and then return to a Breach and spend Axions to improve your statistics. If you die before reaching the safety of a Breach, your accumulated Axions will remain at the spot of your untimely death; you'll need to march back into the fray to reacquire them.

This is very standard stuff, but Hellpoint does the template justice, more or less. While the levels look a bit artificial — the halls, spires, and catwalks of Irid Novo seem like video game constructs and not lived-in environments — they offer plenty of secret rooms, shortcuts, and loot. The game also has a bit of fun with vertical level design, especially in the observatory, the closest thing Hellpoint has to a hub. Here you can climb what feels like a mile upward and downward to collect some valuable gear. You'll also find some breathless platforming on the underside of Irid Novo, but — pro tip — be sure to equip a spacesuit before entering the vacuum of space. 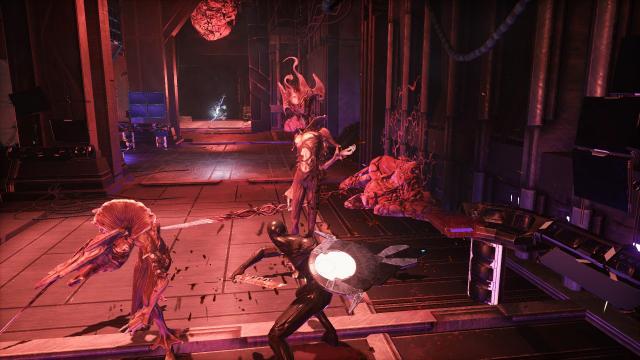 On the subject of bosses, Hellpoint provides an adequate assortment of big bad guys. The best of the lot are the three divine bosses, with amazing names like Undisturbed Defas Nemundis and Ozyormy Goija, the Master of Puppets. What's especially interesting about these encounters is that under the right circumstances you can commune and align with a god, and take on a mission on its behalf. Other bosses are fine but mostly forgettable. Most disappointingly, several rank-and-file monsters are repurposed as bosses, or vice versa. 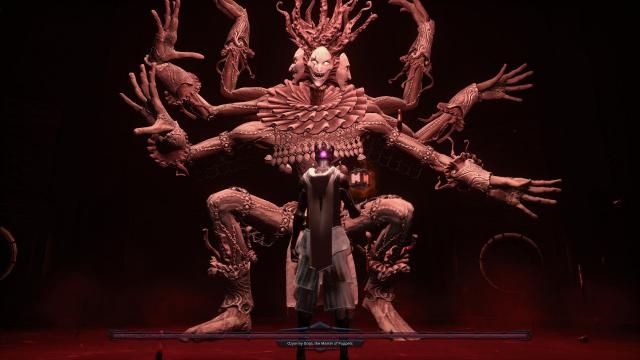 Clearly, Hellpoint has studied at the foot of Dark Souls. So what novelties does the game introduce? The first revolves, quite literally, around the black hole. Throughout the game a meter sits in the top left of the screen that tracks the station's orbit. Twice per orbit, during the "Accretion Storm", Hellpoint spawns Hordes across Irid Novo. Defeat them for powerful items. Furthermore, the game introduces a mysterious "Black Hole Hour" with its own secrets.

The second novelty is multiplayer. No, not asynchronous multiplayer. Hellpoint supports full online and split-screen cooperative multiplayer, which is an unlikely and outstanding contribution to the sub-genre. Note that player two must create a Spawn of their own before joining a co-op game. 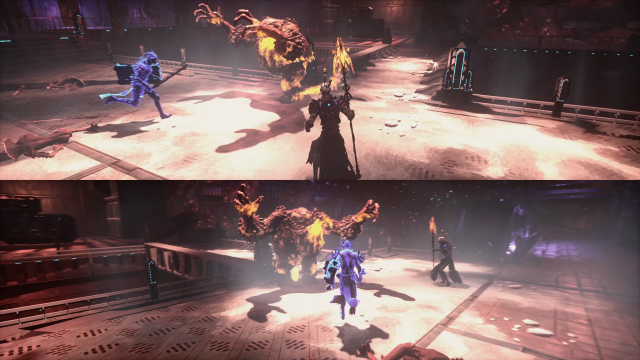 While Hellpoint delivers a serviceable Souls-like experience with a couple interesting additions, it fails to deliver consistently in terms of performance. The game suffers framerate drops and other strange visual bugs, like platforms or characters turning invisible, or entire sections of the environment transforming into a wall of empty white space. Twice during my 30-hour playthrough bosses glitched out, with Undisturbed Defas Nemundis failing to fight back and the final boss becoming stuck inside a wall. When I eventually toppled the end boss, I saw a snippet of the credits before I was pulled away abruptly to a death animation and then deposited into the New Game+.

Despite a handful of technical troubles, you could do a lot worse than Hellpoint. While it doesn't match up with the best of the sub-genre, due to performance issues and generic designs, it provides enough exploration opportunities, deadly combat scenarios, and mysteries to satisfy hardcore fans. If you can't get enough of the Souls formula, give Hellpoint a try.

This review is based on a digital copy of Hellpoint for the XOne, provided by the publisher.

Completed this a couple of weeks ago. Agree with everything you said Evan. Decent 3D Soulslike, but nothing special. Impressive first effort from a new dev though. Only a few things I'd add to the review, which I'll put in a reply so I can use paragraphs.

Two. You already mention this but I'll add my own experience on top of that - the bugs. I only encountered one myself, but it made the final boss not attack at all; it just moved around in circles. That made the final fight very anti-climactic.

Three. It's not as long as the Souls games, but it is pretty substantial. Think more The Surge series - 20ish hours. I took me 17.7 hours to complete but I went on the Wikia afterwards and saw I'd missed out a major side quest that would've resulted in an extra final boss, so if you do all the quests you're probably looking at 20 hours, give or take.

Four. I like the scale of the buildings and structures in the game. You really get a sense of being on this massive ship/space station in the deeps of space. Evan pointed out it doesn't feel 'lived in', which is true; it feels more like it was built by a strange, tall alien race that was clinically tidy and minimalist in its outlook. I liked it. Even the ancient Egyptian pyramid-inspired zone (probably my favourite in terms of art direction) gives off a strange alien vibe.

I enjoyed it, and Souls fans who are desperate for another 3D Soulslike to devour should too, just don't expect it to be as good as Souls. Will definitely buy a sequel if they make one. 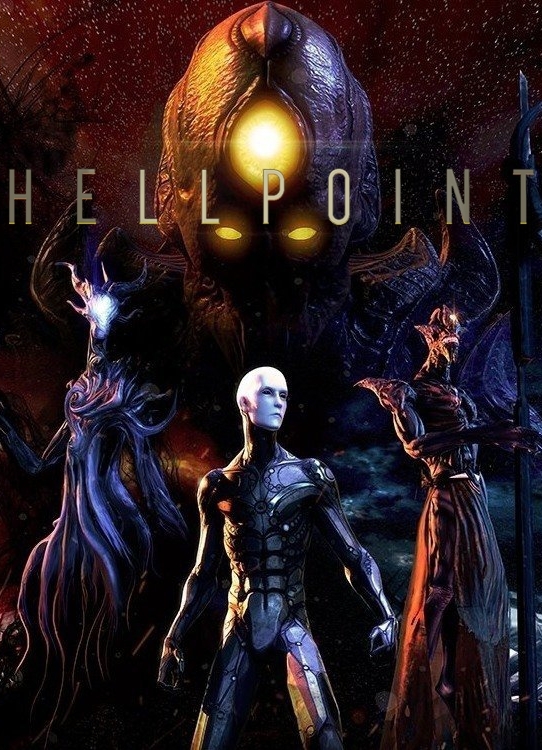