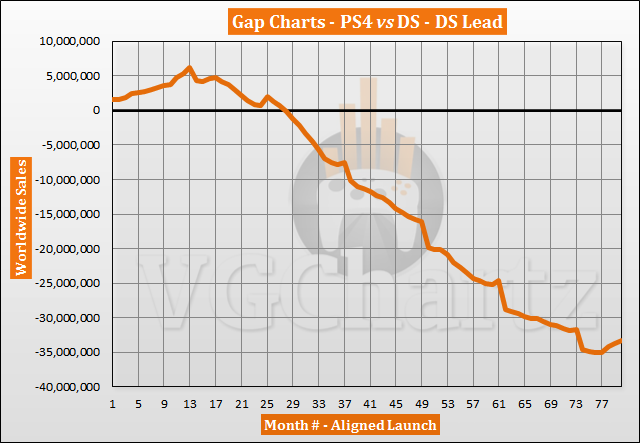 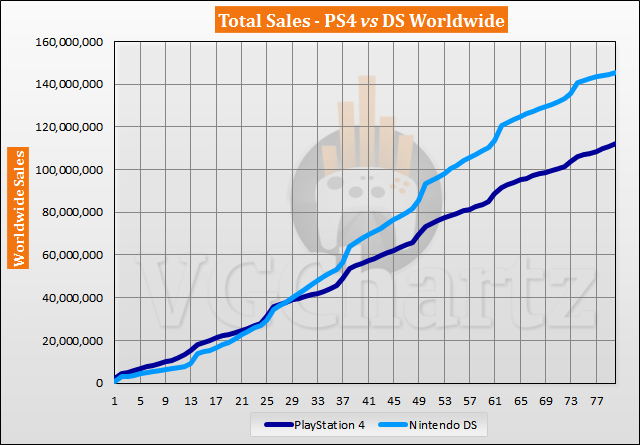 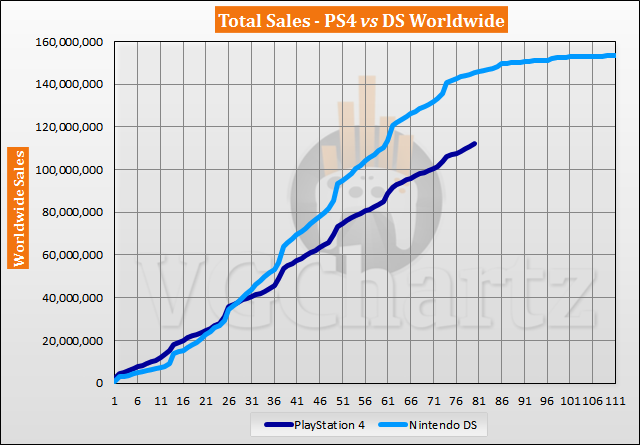 So DS will do another 15M until end of life. That seems to be possible for PS4. I don't expect much movement anymore in the gap chart.

DS will do around 8.5-9 millions more until the end of its life!

actually 9M more for the DS, and the PS4 will at least do another 20 so there will be movement ;)

I def don't think it will do another 20.. it will end up at 10 millions this year probably, cut short from the PS5 launch during the most beneficial time of the year and next year should be a steep decline. So from now i think 15 millions max.

xMetroid you are very pesimistic, PS3 was the worst selling home console of Sony and it did around 8M after PS4 launch, so you are saying that PS4 (on par with PS2 until now) will die faster than PS3 ? no way, it will do 20M it may do even 30M, don't look only that next gen launches but also the prices, sony can cut PS4 to 199 or 249 and PS5 will probably be around 500$ so there will be quite a difference and many people will still choose the cheaper option instead of the expensive PS5.

Yea PS4 should not cross 130 millions, which is still legendary in itself. I think it will cap at 125 millions. Covid has less effect now and it is back being lower than last year in the US and Japan. It should also get its legs cut off in fall with the release of next gen. Seems like Sony doesn't want the PS4 to be a menace for the PS5 by not putting more PS4 out there while the demand was high.

One thing that I am seeing for the USA, is that states are beginning to close back down and another stimulus check will be issued later this month or next month. So Covid might still have some impact on the USA, because our leader is a Cheeto that has no clue what he's doing.

Yea i mean NPD is reporting a small drop compared to last year in June. Compared to the other months, i'm assuming this trend will keep going down.