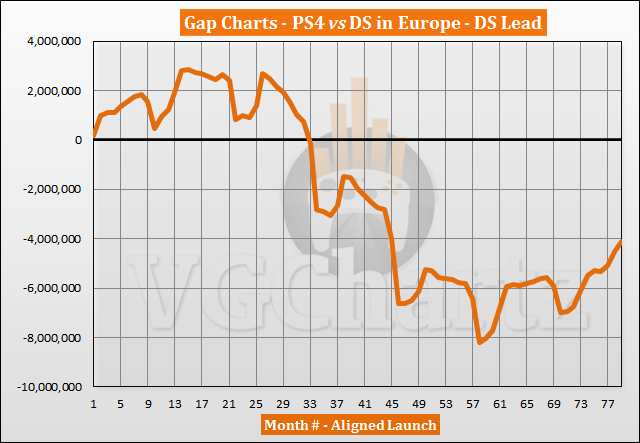 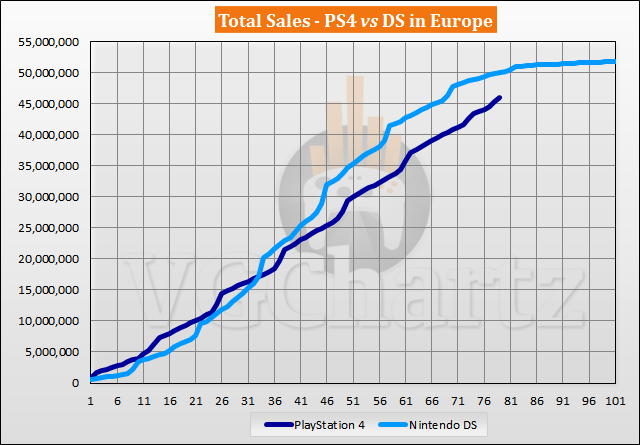 I've said before that I think the PS4 will become the best selling console in Europe and I still think so. It needs to outsell the DS and then do another 3,2 mil to beat the PS2 (according to VGC estimates). At the rate it's still going in Europe I think it's quite possible.

Looks like it’s all over now. The site made the decision to stop updating the chart last month after it became clear PS4 sales wouldn’t reach DS numbers in Europe.

Last numbers reported for PS4 in Europe were just under 48.7 million. A tremendous effort.

Yea it became clear at the end of 2020 that my prediction wouldn't hold. PS4 sales took a hard hit despite its successor hardly being available and I think a large part of that was Sony shipping so few of them, instead focusing on the PS5 during the periods with shortages and shipment issues. Seems they ended up going for a faster phase out this time around compared to earlier PS consoles, which ends up feeling a little weird when they're actually doing a solid job continuing to support the PS4 software wise.