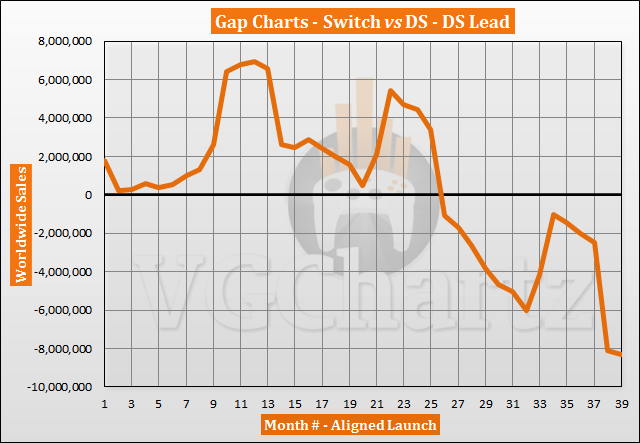 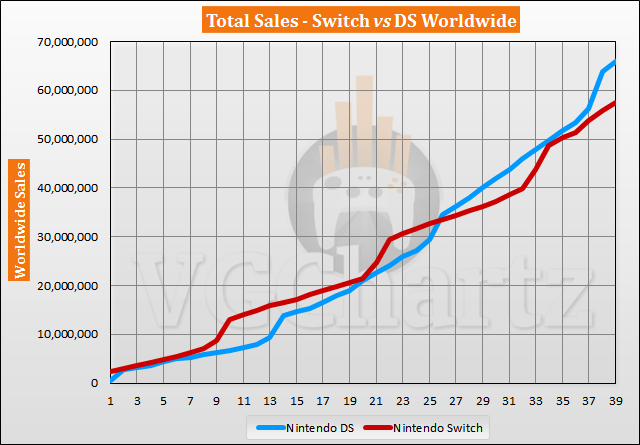 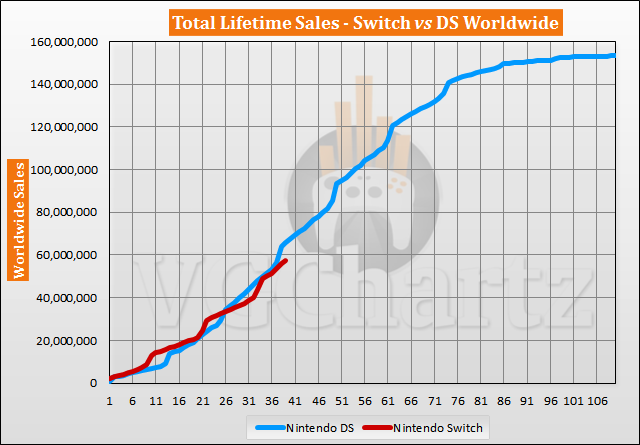 May 2020 is the 39th month that the Nintendo Switch has been available for. During the latest month, the gap grew in favor of the DS by 210,990 units when compared to the Switch during the same timeframe. In the last 12 months the DS has outsold the Switch by 6.64 million units. The DS is ahead of the Switch by 8.32 million units.

I don't think any console can do numbers like this

Kept up as long as it could, but I don't think anyone was expecting DS numbers.

If there's a price cut soon I could actually see that too.

Wow. DS will sell 77M the next 3 years. That's impossible to beat by Switch. Though, the current Switch curve is almost as steep as the one of DS. Impressing!

Whoa, directly after the holidays the DS puts forward such an incredible momentum. Unbeatable!

Even with these unusually strong months for Switch it's getting left in the dust. If Switch has an underwhelming holiday, would that make it practically impossible to catch back up? Will they ever touch again?

Is there a PS2 vs DS chart?

DS is going to do about 58 million units in the next 24 months.

This race is over!!

Yeah I can't really see the Switch selling like that unless they cut the price to $200. Even then it would be a stretch.

It's still selling well though.

Switch sales could still grow exponentially over the next 2 years, the DS had a slower start as well but didn't start selling like crazy til post Holiday 2007, 3 years after the system launch.