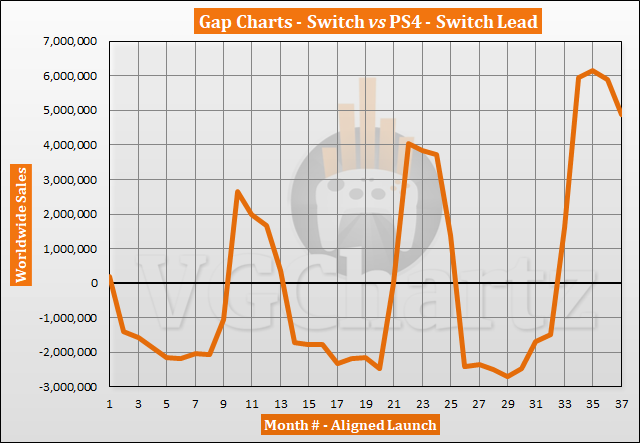 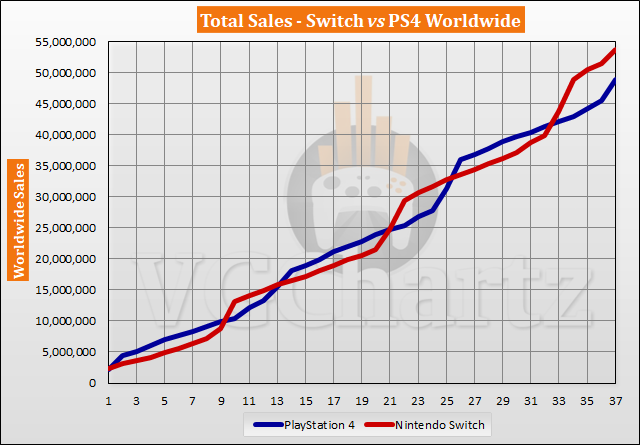 The 37th month on sale for the Nintendo Switch is March 2020, while for the PlayStation 4 it is November 2016.

Switch really did it then. A month early and it's already above what PS4 will reach with Dec sales.
Now the question is if it can match the PS4s staying power. Certainly gonna be an interesting race.

Was waiting for this!! It really is incredible to see the Switch beat the PS4 which sold incredibly well. And with a lead of 5 millions at that.I was expecting a way bigger decline for Switch's lead this month, yes March was strong but still it was against PS4's November. Let's see if the restock for the Switch are strong enough and keeps it above the PS4's december.

I would like to point out that Switch is in it's peaking year (i think, don't see it doing better next year tbh that would but not a hard decline) and PS4's is beginning after December. So we'll see then if the Switch doesn't decline too much and still manage to outperform it.

But there are hard shortage, and except Xenoblade there is no new big games at all.

Nintendo up their production from 20% of what they normally produce and shipments are coming back. Starting this week numbers will get a lot better. We will enter the summer period where there isn't much games anyway. And Animal crossing will keep the momentum up for a couple of months still.

Not even 4 millions tho, it won't sell 0 units in April. Should sell over 1 million this month so it will have to sell under 3 millions in May-June-July facing PS4's Jan-Feb-Mar.

Of course it will not sell 0 units in april, but still it needs 4 million in 4 month compared to the 4 million in 3 month of the PS4. And that is pretty good possible unless the shortages are huge.