Valve Explains Why Half-Life 2: Episode 3 was Never Made - News

Valve level designer Dario Casali in an interview with IGN was asked about the cliffhanger the company left fans on with the ending of Half-Life 2: Episode 2.

He said that the team wanted to release the Episodes for Half-Life 2 as smaller bites into the universe, so they could get games out more frequently. However, as the team kept working on them they became closer to full-blown sequels.

"After working on Half-Life 2 for six years we decided we didn't want to go dark for so long," said Casali. "That's why we started doing the episodes where we thought, 'well, we have the stable technology now. We understand the characters, we understand the story, we have most of the mechanics. Let's just bite off little chunks and then release more often. We think players are going to prefer that from waiting six years and going through however many delays we went through.'" 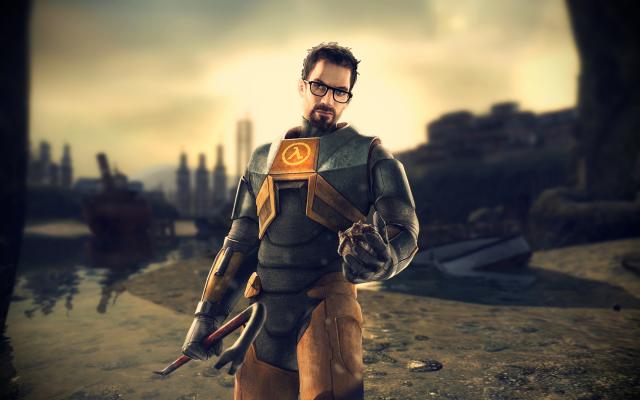 "We found ourselves creeping ever forward towards, 'Well, let's just keeping putting more and more, and more, and more stuff in this game because we want to make it as good as we can,' and then we realized these episodes are turning more into sequels," he added.

Valve this week released the virtual reality game, Half-Life: Alyx, which is set between Half-Life 1 and 2.

So... Episode 3 wasn't released because it turned into Half-Life 3. Great, now we just need an explanation for why that never released.

I am sorry, but this is not an explanation. I really couldn't give a flying fuck for the series, and I am happy for all who love Alys, but they are so stuck up arrogant, that it bugs me in the wrong way. It was supposed to be episodic. It was supposed to have an ending. They did not deliver and they royally fucked their fanbase. Not even HL3 was needed, but a third episode was a promise and they did not deliver on that promise. SImple as that.

And that should be reason for class action.

What a stupid explanation. Finish what you start. They went in the exact opposite direction of what they set out to do.

Nice story... so where are these episodes turned sequels?

That's just a half assed explanation to tide over the diehards. My take is that they decide to go out on high notes with their IPs because by then they know they can't deliver the hype for the 3rd. TF, L4D, HF, Portal....Valve doesn't want the public to see them as stagnant. They rather see them as blue ballers who make great games

Just like to say, as someone who has never played a Half-Life game, things like this put me off the series as although I love story-based games I don't see the point in getting invested if it's never going to reach a conclusion.

They have very bad practices but fanbase still defend they and they receive loads of money from Steam so they don't care.

That was more a deflection than an explanation. The reason Episode 3 was never released was probably because quite a lot of the key people who worked on HL2 left the company.