Pokemon Mystery Dungeon: Rescue Team DX (NS) has debuted in first place on the French charts in week 10, 2020, according to SELL. The rest of the top five are for the Nintendo Switch. 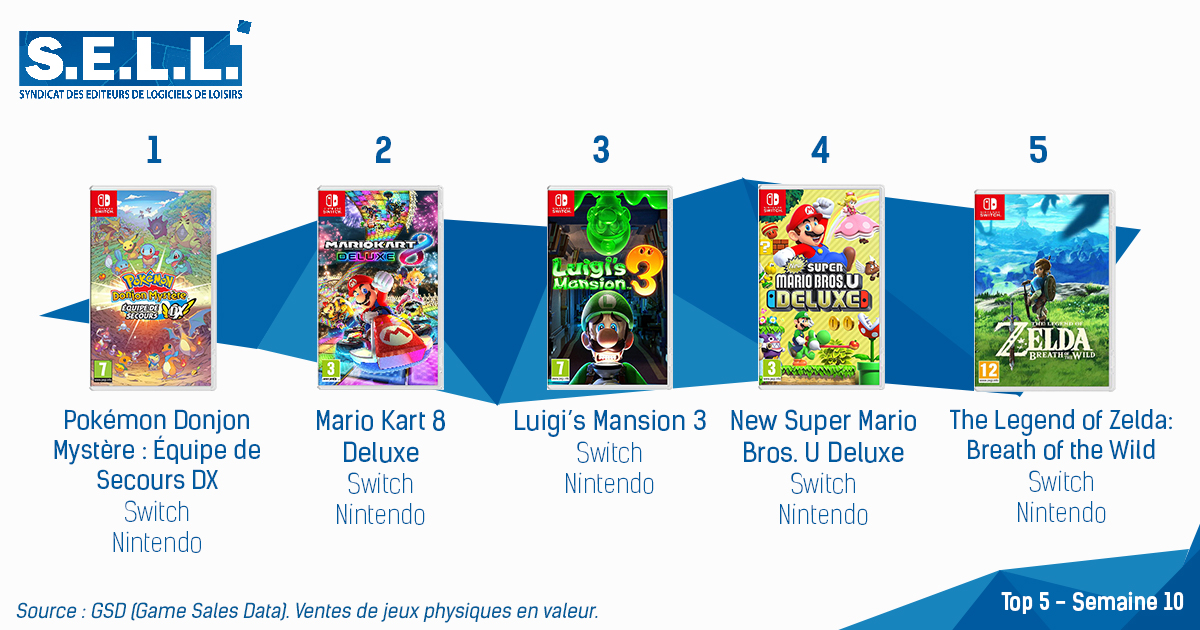