If you count yourself among the Technōs Japan fanbase, the Double Dragon & Kunio-kun: Retro Brawler Bundle is right up your alley. Featuring three Double Dragon brawlers and 15 Kunio-kun titles—many localized into English for the first time ever—it's a treat for followers of Kunio, Rikki, and Billy and Jimmy Lee, and a great way for casual fans to see the larger franchise behind NES classics like River City Ransom and Super Dodge Ball. Several of the games are repeats and a few have aged poorly, but online multiplayer support, bug fixes, save state options, achievements, and unlockable avatars help gussy up the overall collection. 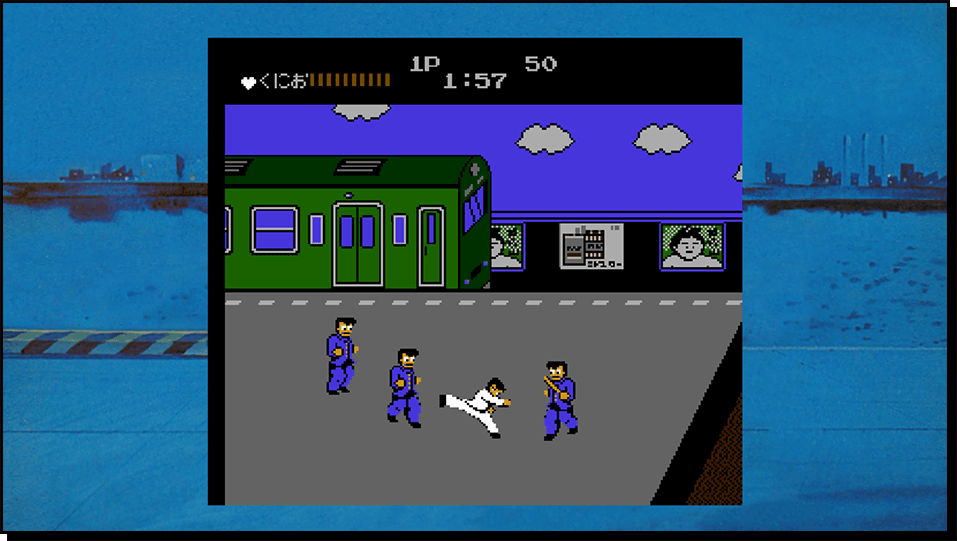 Although technically these Japanese titles never saw a North American release, four of them were adapted and localized on NES. Nekketsu Renegade Kunio-kun underwent alterations and became Renegade; Downtown Nekketsu Story transformed into River City Ransom; Nekketsu High School Dodgeball Club is essentially Super Dodge Ball; and Surprise! Nekketsu New Records! The Distant Gold Medal was localized as Crash'n the Boys Street Challenge. So, while it's nice to see the original, unaltered Famicom forms of these titles, it would be safe to say this collection holds 14 unique experiences, not 18. 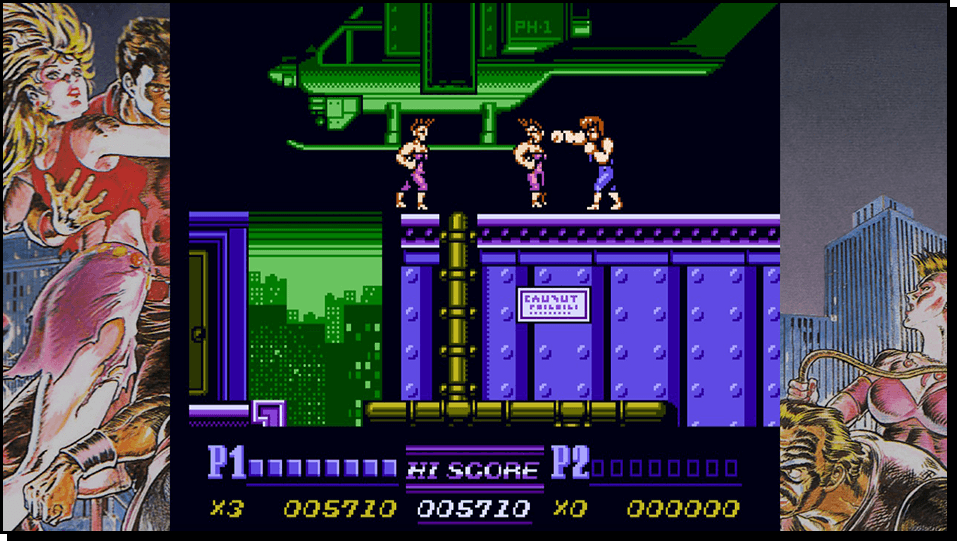 Arguably the most fun and accessible of the early Double Dragon brawling series, Double Dragon II adds support for simultaneous two-player co-op and several new moves. Super Dodge Ball is an over-the-top arcade take on dodge ball with tournament, versus, and "Bean Ball" modes. River City Ransom is another 2D brawler, with extra depth thanks to open-world exploration and light RPG elements. Its successor Downtown Special Kunio-kun's Historical Period Drama! goes even further, with a larger sandbox and even more customization.

Finally, the two best sports titles of the anthology - Go-Go! Nekketsu Hockey Club Slip-and-Slide Madness and Nekketsu! Street Basketball All-Out Dunk Heroes. As with most Technōs sports games, they feature plenty of violence and a casual disregard for the actual rules. Why have one basketball hoop when you can have three stacked over each other? Thanks to approachable arcade action and four-player multiplayer, these two will probably stay in your regular rotation. 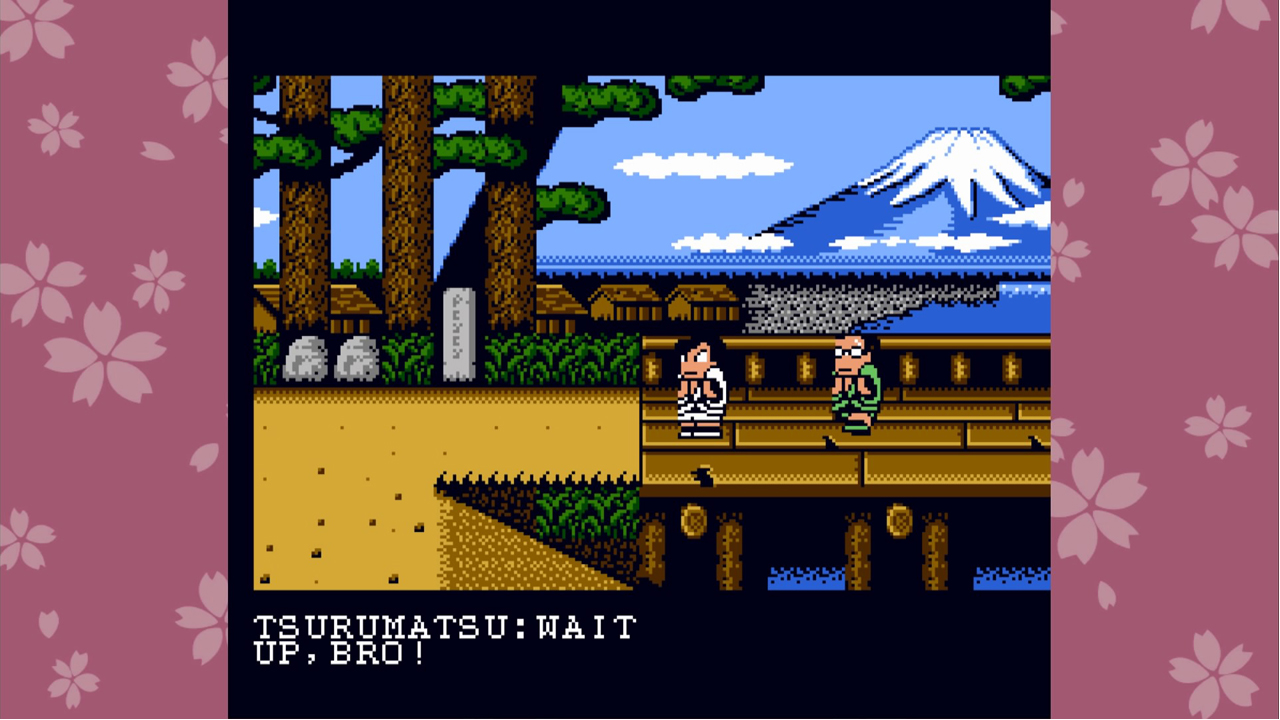 Several of the other titles you'll try once and move on. The original Renegade, however influential (it birthed both Kunio-kun and Double Dragon), feels ancient and clumsy. Many other games are similarly skippable due to stilted or inaccessible gameplay. In general, the collection highlights the technical limitations of the 8-bit era.

While the overall game library might be less than stellar, the bonus features and quality-of-life additions are excellent. Apart from creating official English translations for games formerly exclusive to Famicom—an extraordinary gesture on its own—Arc System Works has provided online multiplayer support for every title, 55 in-game achievements, several display options, four save files per game, scores of unlockable avatars and nicknames, and a host of bug fixes and technical improvements, reducing lag and flickering (you can still play the original, buggy version if you're a purist). 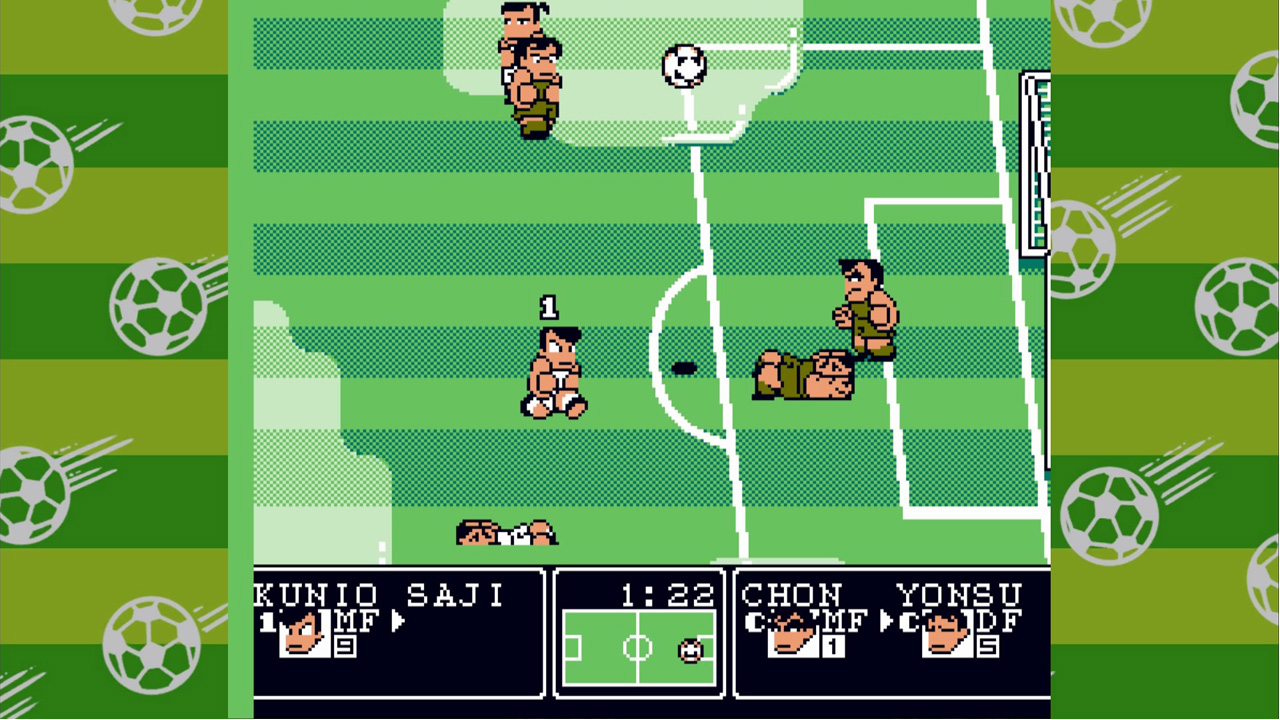 If you're a diehard fan of the house that Kunio built, then Double Dragon & Kunio-kun: Retro Brawler Bundle is a no-brainer. Even if you have only a passing interest in Technōs properties, there are still enough good, playable games to justify the package—a few clunkers and repeats notwithstanding. Furthermore, online play, bug fixes, and four-player multiplayer sans multi-tap mean that this is the best and most flexible way to experience these NES and Famicom titles.

This review is based on a digital copy of Double Dragon & Kunio-kun: Retro Brawler Bundle for the NS, provided by the publisher.

Thanks for this review, Evan.

Sure thing! Happy to answer any questions you might have about the collection.

This review helped me decide to skip it, but that's due to the fact that some of the best games in this collection are already available via the Switch Online service (the first two Double Dragons as well as River City Ransom and Super Dodge Ball). But I guess it is still worth a try for fans. I guess there is still so much to explore and I think it's a very decent collection nevertheless.

That’s right! Only the translated Famicom version is included in this collection, but it’s a very similar experience.