Take a look through our finalists for overall game of the year 2019 and you'll see a lot of familiar names. Hideo Kojima, for many fans an auteur deserving of a spot on the video game Mount Rushmore, delivered his first big project post-Konami, a polarizing, ruminating open-world action game. Intelligent Systems, beloved for its work on Paper Mario and WarioWare, turned in the first console Fire Emblem game in over a decade. Obsidian Entertainment, which made its name on borrowed properties, debuted a brand new sci-fi IP in The Outer Worlds. Capcom transformed one of its most popular games, Resident Evil 2, into a modern survival-horror experience. Finally, the masters at From Software elevated masochism to an art form once again with Sekiro. 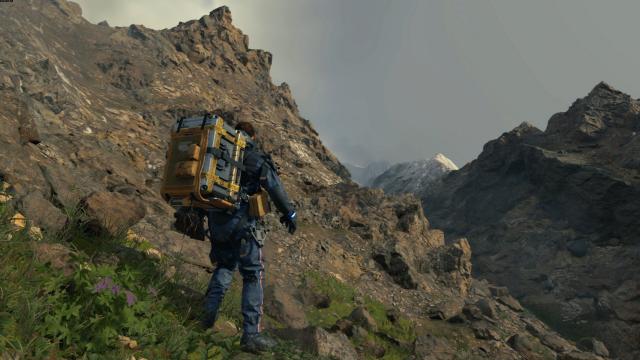 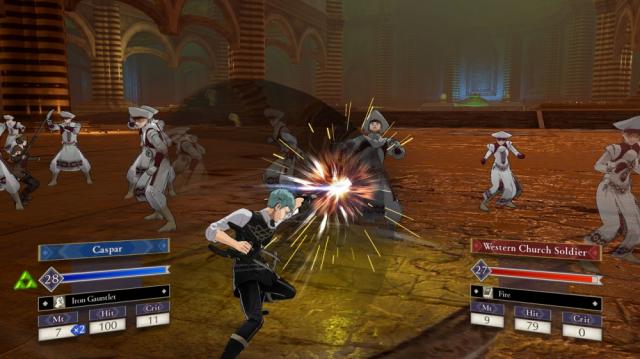 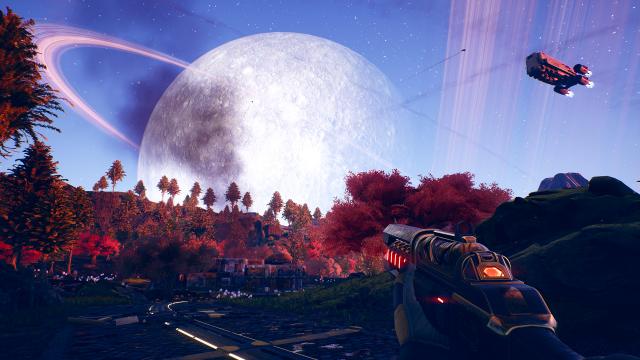 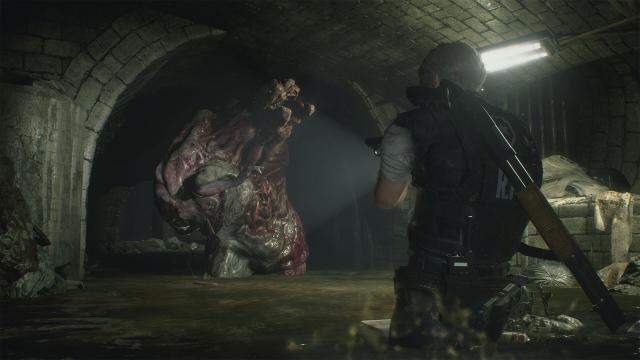 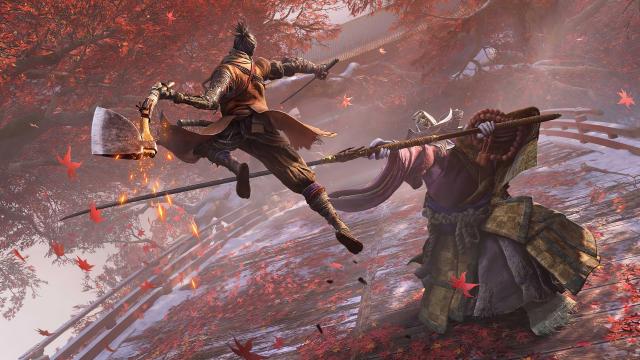 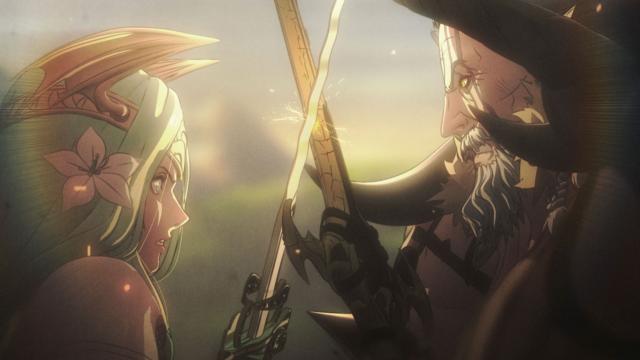 Infusing traditional turn-based strategic gameplay with social, simulation, and time management features, the latest Fire Emblem game is exceedingly deep, tactical, and rewarding. Designed in tandem with Intelligent Systems and Koei Tecmo (who collaborated previously on Fire Emblem Warriors), Three Houses pushes the franchise in ambitious, risky new directions, thanks to its school and battalion mechanics. With a terrific narrative, memorable heroes, approachable gameplay, and high replay value, it's one of the very best games of the year. 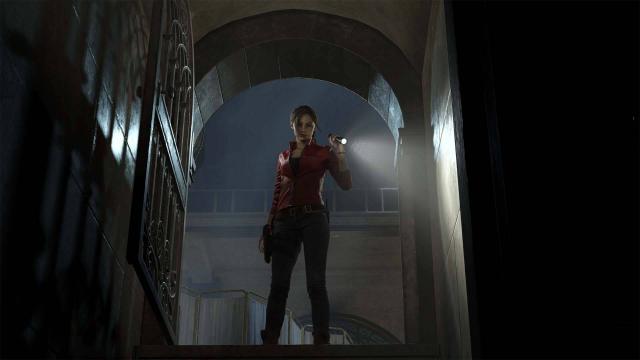 The majority of video game remakes usually boast a couple of special features, an extra level or dungeon, and a shiny new coat of paint; rarely do they redefine the original formula. Thanks to Resident Evil on GCN and now Resident Evil 2, Capcom can claim to own two of the most transformational remakes of all time. For RE2 the studio ditched the fixed camera angles and "tank" controls of early-era Resident Evil adventures and replaced them with smooth, snappy third-person mechanics. Don't go in expecting a high-octane action title, however; the 2019 incarnation is as unnerving, claustrophobic, and breathless as the 1998 original. It's also substantial and deeply replayable, due to multiple playable characters, lots of secrets, and several scenarios with unique enemies, weapons, and narrative beats. Resident Evil 2 is a sublime survival-horror experience, an extraordinary remake, and our pick for the greatest game of the year.

Yep even though it is a remake RE2 was the best game of the year.

So funny that you have DS on the shortlist of both best game and most disappointing. If it wasn't on the second list then it would be the best game ever made =p

Gotta disagree with y'all here. I think it was a great game, but I don't think remakes should even be eligible for GOTY awards regardless of how good they are.

I felt the same (that it was great but probably shouldn't be eligible as a remake), but we eventually came to the decision that remakes could be eligible for awards if they were considered sufficiently reimagined, and titles like RE2 and Zelda qualified on that basis.

If it was a remaster sure it shouldn't compete. But this RE2 doesn't remind me of original at all. It could have been called RE8 with just small changes to what it delivered and no one would notice.

REmake 2 is like a completely different telling of the story and no where near the same experience. I gotta agree with it being eligible to win, and the fact that it did.

Yea I think it's different enough to count in GOTY. I personally give it to Sekiro but Re2 is eligible.

I agree with both the winner and the runner up.

Ahh, this site chose the correct game to win.
Right now, currently, DS is dominating the GOTY awards with RE2 behind it (which recently over took Sekiro) and I'm hoping RE2 comes out on top.
For me, it's seriously one of the greatest games ever made at this point. That's just how damn good it is! What a travesty if it were not to be eligible, considering how vastly different the game is to the original.

Looking at that previous winners section, the fact that Rocket League beat Witcher 3 in 2015 is downright criminal. Guessing that Fallout 4 and Witcher 3 releasing on the same year split the RPG fanbase vote and cost Witcher 3 the victory.

I think RE2make is good, but I think they dropped the ball on it "uniting the narrative" as they claimed (since it in fact is now even less coherent than it was in the original) and I think they missed a lot of what RE2 had. Another 6 months of a year in development might've been able to bring it to even greater heights.

It's still a very good game, though. I just think the original is even better.

I think you suffer from nostalgia.

Literally didn't play it until last year, so I think you're bad at responding to arguments and just hide behind a shield that people have to be nostalgic to appreciate good game design :)

RE2 is a great game, but it is very fair assumption (even though wrong in this case) that nostalgia would play a factor on saying the original is a better game when comparing both at the same time. Design, graphic and everything else improved on the Remake.

I don't think it's a fair assumption since you're discrediting someone's opinion without an argument. I agree that graphics are improved (it'd be impossible not to), but I think the original is a cut above in every other regard, really. It's a shame, because the original REmake really did a great job at improving everything. I don't even think the gameplay and removing tank controls are a problem - but making the narrative more convoluted, skipping parts of the game and having basically no music (unless you shell out extra money for classic tracks), is.

Sorry but the gameplay change from tank to aim on the remake was a very big up for the game. I didn't see any convolution or confusion on the narrative. What you didn't understand on the remake?

I literally just said the gameplay change isn't what I'm complaining about.

There's nothing to not understand - there fundamentally isn't a narrative which incorporates both Leon and Claire because they fight the same bosses and see the same people die. They can't die twice. This wasn't the case in the original which had a Scenario A and Scenario B that wove together without causing these issues. They literally made the narrative impossible instead of just having it be a mystery of whether Leon A+Claire B or Leon B+Claire A was the "right" one.

This game didn't exist before 2019. To experience it, you have to play it. The original RE2 didn't prepare me for this one. There are familiarities, but in a good, nostalgic way. I'm about to start my second campaign with Claire, and I honestly can't wait to hop back in. Right after I finish this sandwich...

I agree with RE2R winning, can’t confirm running up as I’ve yet to play!

LOLLL RE2,. Someone fire this guy please,

It's based on votes from the forum community and staff. Not "this guy" alone.

Death Stranding did however win the Most Disappointing vote amongst users. Was saved by the staff vote in that category.

Death Stranding is not a bad game, but it is not a great one either. The hate is hyperboled...but so are the people rushing out to defend it saying it is grear and people just don't understand it.

The game is great and people that don't like it really "don't understand the game", but people aren't demanded to like or "understand" the game. If a big enough number of people don't like the game than it's honest that it doesn't win.

I voted for Death Stranding... as the most disappointing game of the year. Shame on the staff for denying it its award.