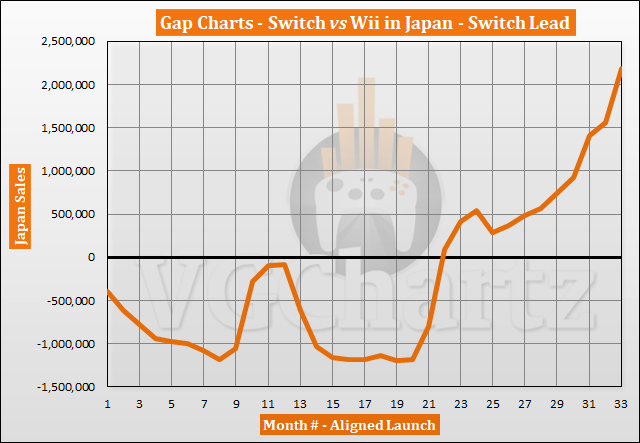 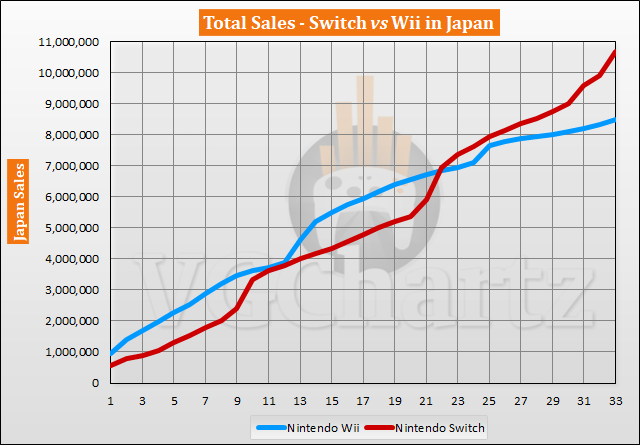 November 2019 is the 33rd month that the Nintendo Switch has been available for. During the latest month the Switch increased its lead over the Wii by 620,616 units and by 2.99 million units in the last 12 months. The Switch is currently ahead of the Wii by 2.18 million units.

Switch might double Wii's Japan sales when its all over.

Hopefully. Since it's also their handheld offering this gen it should sell more. Obviously not going to match the DS, but it would be good if it could beat the Wii.

This chart looks like the opposite of Switch vs. Wii worldwide, with the Wii pulling significantly ahead. But, the truth is that Wii got a fast start and burned out quickly, while the Switch got a bit of a slower start and is still accelerating. Basically it gives a good indication that the Switch is going to catch up to the Wii worldwide and eventually pass it. It's going to take time though.