Pokemon Sword (NS) has remained in first on the French charts in week 48, 2019, according to SELL. The Nintendo Switch accounted for four of the top five best-selling games on the chart. 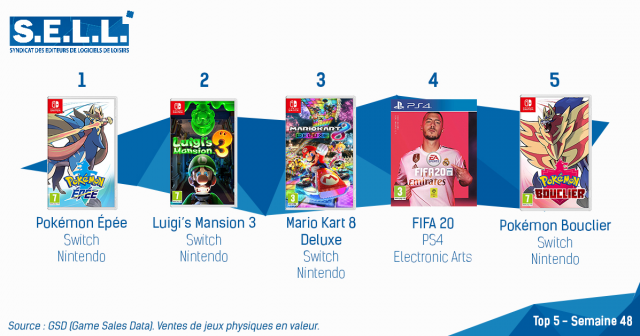 Luigis Mansion showing off some serious legs in the western world.