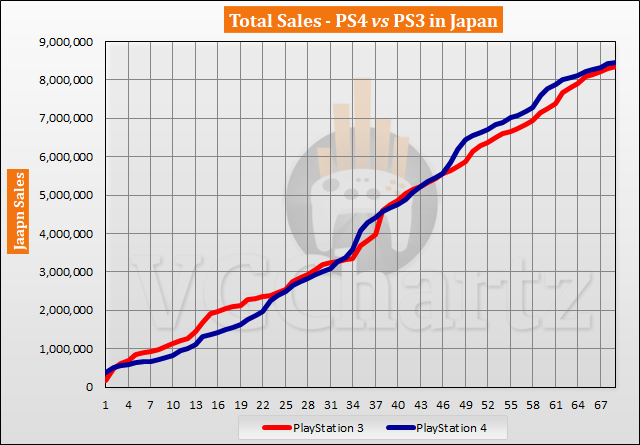 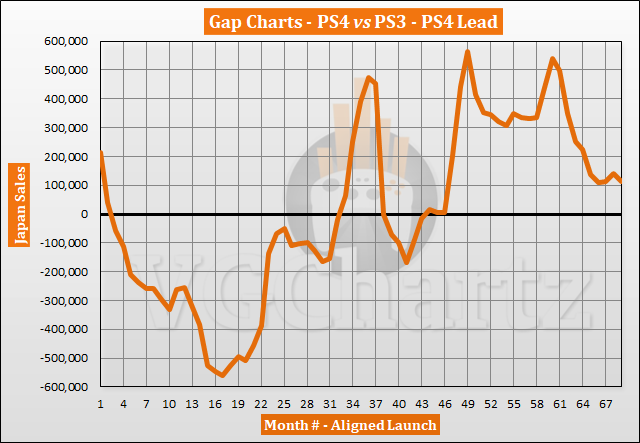 By the looks of the last weeks, PS3 will probably catch up and overtake the PS4 again now, since the Sales of the PS4 ain't exactly stellar right now in Japan

Its really interesting (to me^^) that both basically sell pretty even. The gap during all these years is only between PS3 leading by roughly 520k and PS4 leading by roughly 565k. PS3 managed to achieve about 10.5 million lifetime, while PS4 currently stands at 8.5 Million. PS4 still needs another 2 million to outsell PS3 in japan. Last year it was 1.75 million, while this year it maybe will like 1.15-1.20 million. (currently about 950k). That would make PS4 need to sell about 1.8 more consoles lifetime. I do not see PS4 to catch up to PS3 lifetime sales, it probably will not even reach 10 million.

I agree, PS4 sales really dropped too low now to keep on selling another million, let alone 2, unless it would get some surprise hit or a very very very long tail.

Titanic tussle! I think Japan will hold back the Ps4 from getting anywhere near Ps2 in total sales. My guess is that it will end up 20-30m behind. Will still be a tremendous achievement tho!

My guess is too the same. I predicter 130M at least and 150/160M at most with the best case scenario. But the most realistic one of them all I bet is for PS4 to finish around 135-140M lifetime totals

I'm in no way an expert but i'd predict somewhere in the 130-135m ballpark for the Ps4. It may also depend on how expensive Ps5 is out of the gate and if Sony can then position Ps4 as a budget console.

oops it copied itself ..