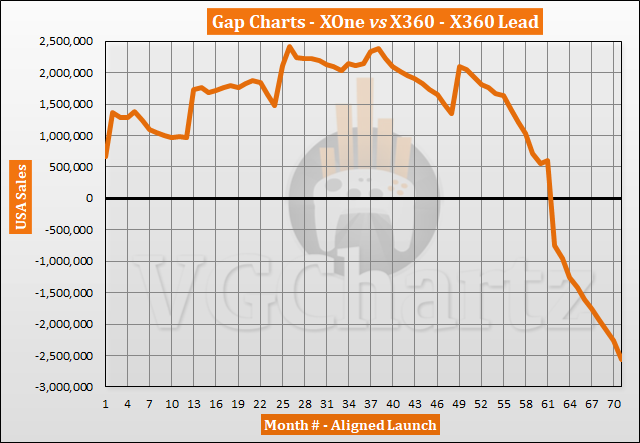 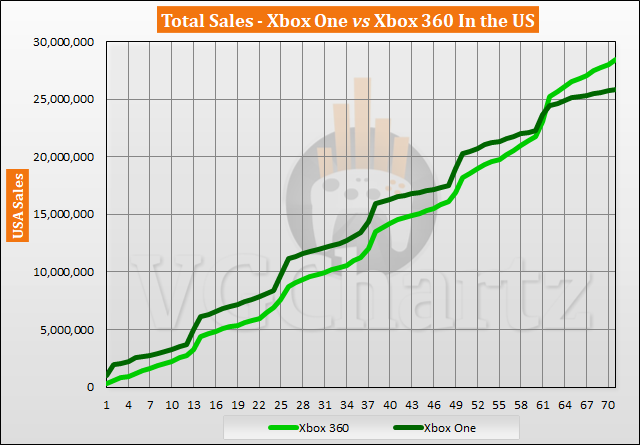 Note: Xbox 360 currently leads by 13.98 million units worldwide when you align the launches.

To the admins, please make chart XB1 vs PS3 in US, it would be interesting and very close

I think it will get even worse for Xbox One if we're coming closer to the holiday season...