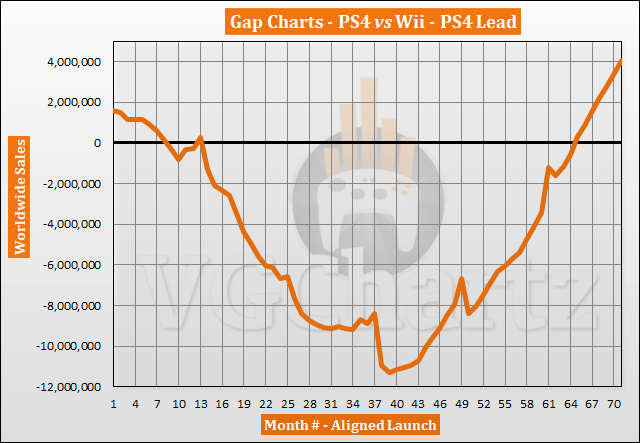 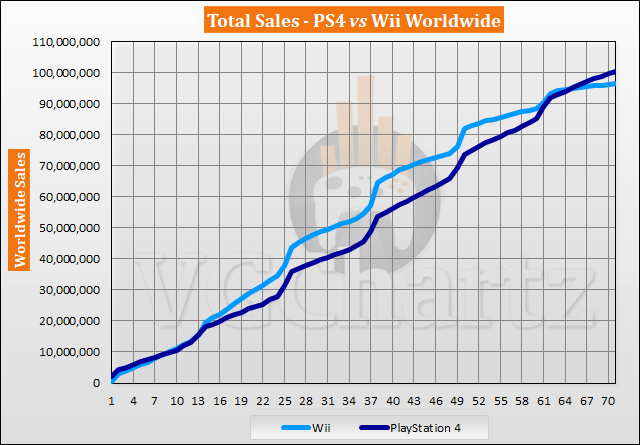 The Wii sold 101.63 million units lifetime, therefore the PlayStation 4 needs to sell another 1.19 million units to consumers to surpass it.

Between now and the end of the life, the wii only sold 5m units, the question is how high can the PS4 go before it ends