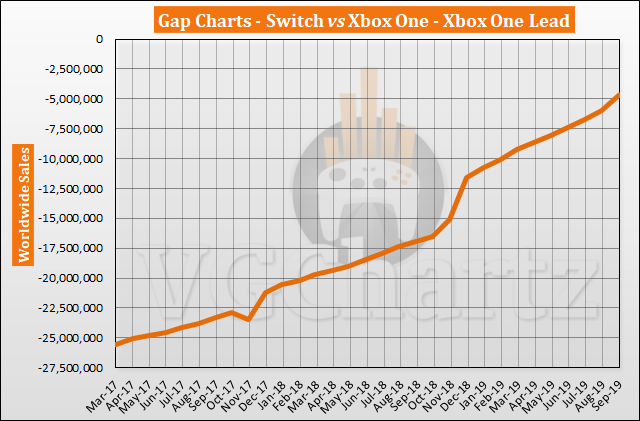 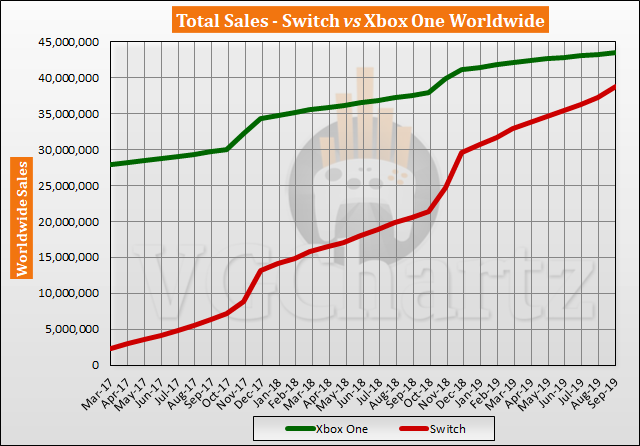 The Switch will pass the XBOX before xmas, that much is clear. The question is how long will it take to pass the SNES at 49 million? With the Lite doing well and Pokemon on the horizon it might happen sooner than people think.....

Will the Xbox One beat the Switch in the Black Friday week again in the US? 2017 we saw a notch in the gap curve. Last year was a close race though...

Didn't the Xbox One X just release late 2017? I think that's the only reason it gained a boost there. I expect Switch to overtake by the end of this year with its New Lite form not to mention the new Pokemon games.

Was about to laugh at your post until I read the "in the U.S." part.

The Xbox One did actually outsell the Switch worldwide in November 2017. Only that one month though lol