As I first booted up Into The Dead 2 on the Nintendo Switch, my son asked me an interesting question – how was the original?  It was at that point that I realized my only familiarity with the series was a trailer for the sequel that featured some good old fashioned zombie apocalypse action and what seemed like a promising story.  I promptly Binged (that’s a real thing) the series and discovered that the original game was an infinite runner.  On the surface, an infinite runner seemed incongruent with the experience I had come to expect based on the trailer.  I thought surely the game had been dramatically reworked for the Switch, but as I began the story mode I quickly realized I was wrong (at least in terms of the infinite runner part).  All that said, what I experienced was every bit as deep and enjoyable as I had ever hoped. 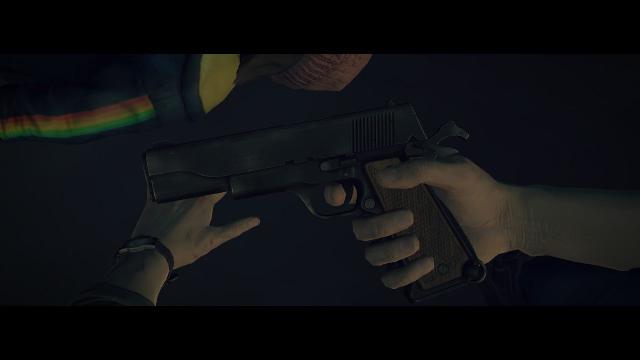 The game starts with you driving a semi-truck, radioing to your sister about the spread of the zombie pandemic.  You roll the truck and zombies surround you.  You escape that situation and you’re off and (endlessly) running.  Level lengths top out around 3000 feet, with some being much shorter.  Ammo can be scarce, and zombies plentiful, so strategy along with quick thinking and reflexes can be incredibly useful.  At the end of each level you’ll have a radio conversation that furthers the story and will receive a bag to loot.  That’s where the depth of this game begins to reveal itself.

Each bag offers three items from which to choose - usually 5-10 gold, as well as grenade(s) or ammo variants/boosts.  Grenades are self-explanatory, however the other two are more significant and nuanced.  Ammo types not only provide a boost to your weapons, making you more lethal, but can be critical in completing level specific challenges.  Completing these challenges can net you more gold, unlock special weapons (for completing all challenges in a given chapter), and unlock Elite challenges.  It ultimately adds excellent replay value and incentive to the levels. 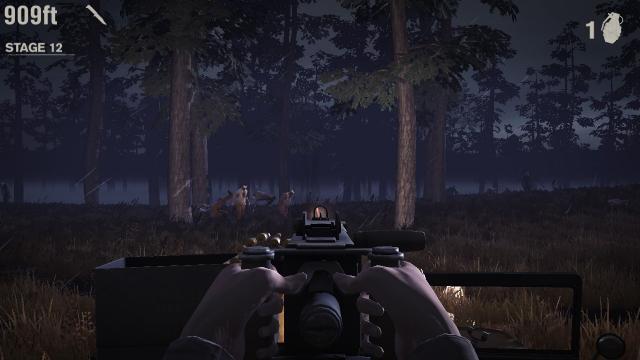 The gold, like the grenades, is fairly straight forward, but is, like its real-life counterpart, a precious resource.  You use gold not just to unlock new weapons and animal companions, but also to upgrade them.  Each weapon and companion earns XP when used and can be leveled up several times.  Some weapons have a special ammo type by default, or some other statistical advantage, while all but the first animal companion have a unique special ability.
Levels themselves vary in length, with some providing opportunities to find and use mounted weapons, gas powered tools, or even ride in a vehicle with a turret.  You can select any two weapons, equip one boost for each, and select a companion animal for each.  Though you can direct your character’s forward movement, you’re likely to find that you can’t always do so as effectively as you might like, sometimes resulting in missing an ammo crate or a path you wanted to take.  However, that control does in fact result in each level potentially playing out very differently each time – as do the seemingly randomized enemy and item patterns.
Though I would have liked the option to aim your weapon, that option is only afforded to you when using a mounted weapon.  Instead, your character will target enemies as they see fit.  This is usually very effective but will occasionally result in not being able to target specific enemies.  Lastly, the levels themselves can feel at least somewhat redundant, as most take place in similar-looking rural areas.   These are minor frustrations, but ones that occurred to me several times throughout my time with the game. 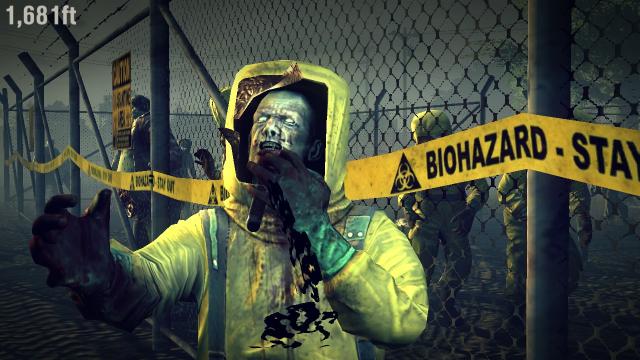 In addition to the 60 levels contained in the Story Mode, there are Side Stories you unlock as you progress through the story, adding dozens of additional levels.  Additionally, there is an Arcade Mode, where you’re provided a specific loadout to complete the three kill-count based challenges for each level.  Each challenge comes with a one-time (but useful) reward.  Completing two of the three challenges unlocks the next arcade level.  Arcade Mode is pure frenetic action; ammo is more abundant, and with that the kills are as well.  However, unlike the other two modes where if you run into a zombie you can be saved by using a knife (you get one for each level), or potentially even by a companion, your run will end if you touch a single zombie.
Perhaps it’s the zombie setting that caused me to make this comparison, but the graphics are described well as a slightly softer version of something like TellTale Games’ The Walking Dead series.  They work very well, and are likely part of why the performance is as smooth as it is.  Aside from occasionally long load times I experienced very few, if any, technical issues that merit mentioning.
Rounding things out, the main story is sufficiently interesting, well written, and acted.  Throughout the post-level conversations there are some pleasant twists and turns, particularly near the end.  While the story isn’t likely to spark much conversation, the bold ending could and arguably should.  The Side Stories I played through were decent enough as well, but didn’t feel as personal, or, consequently, appealing. 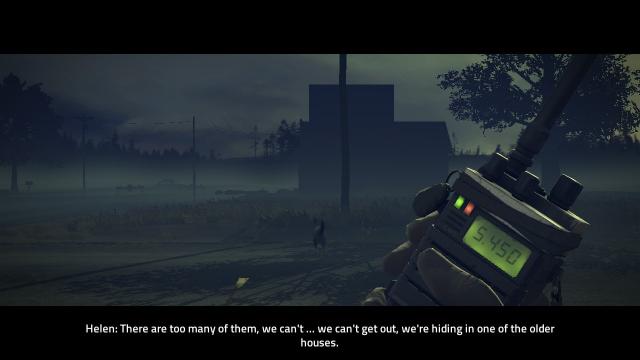 With more than 30 unlockable and upgradable weapons, 11 companions, 590 story challenges, 3 potential endings, and more than 100 levels across 3 modes, all anchored by fast and fun endless running and gunning gameplay, Into The Dead 2 offers a surprisingly robust and entertaining experience - one that is much more compelling than the smartphone version that I subsequently played.  You can easily play a level or two during a break or spend sustained time with it.  It’s also great for unofficial multiplayer, passing the controls back and forth to see who can rack up more kills, or complete the different challenges.  Though the game wasn’t what I was somewhat arbitrarily expecting, it is probably better for it.  Though it’s simple on the surface, it’s altogether plain old fun!

This review is based on a digital copy of Into The Dead 2 for the NS, provided by the publisher. 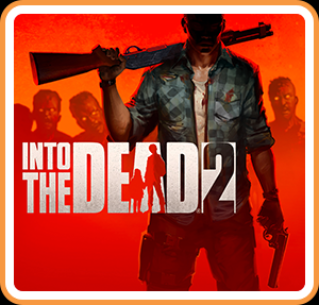