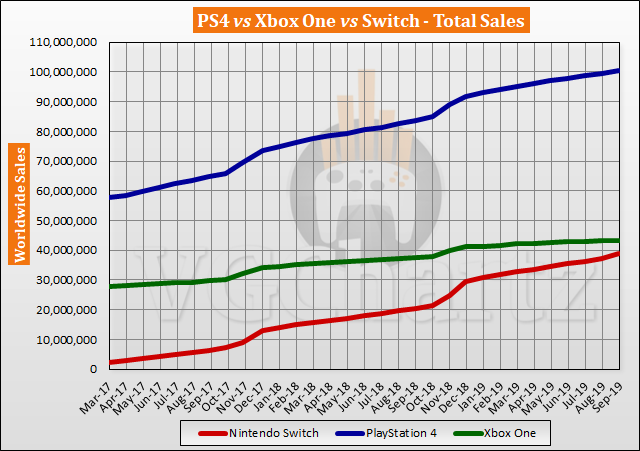 Looking at the total sales of the PlayStation 4, Xbox One, and Switch through September 2019 shows the Nintendo Switch closing the gap with the Xbox One on a monthly basis and is now less than five million units behind. The PlayStation 4 surpassed 100 million units sold to consumers in September. The month also saw the release of the Nintendo Switch Lite. 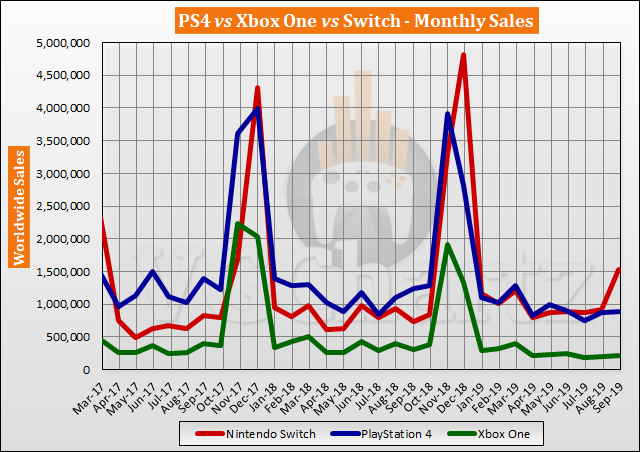 Taking a look at the marketshare, the Switch managed to achieve 58 percent of the monthly sales. The PlayStation 4 accounted for 34 percent of the consoles sold, and the Xbox One just eight percent.

Switch has a chance of actually surpassing XBO by the end of this year with Lite bundles, and Pokemon. If not Spring 2020 is guaranteed at this point.

Here Comes the kiss of death from Switch to Xbox.