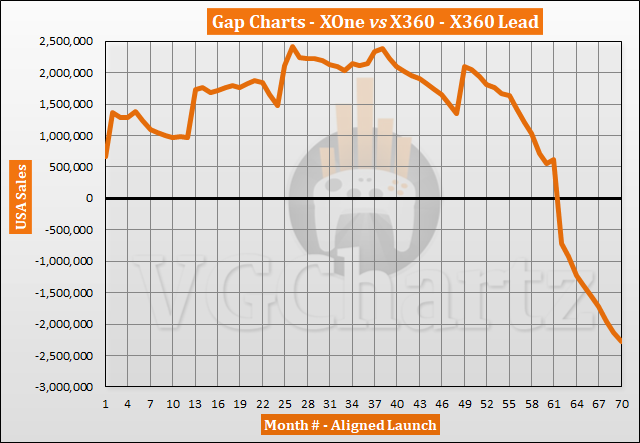 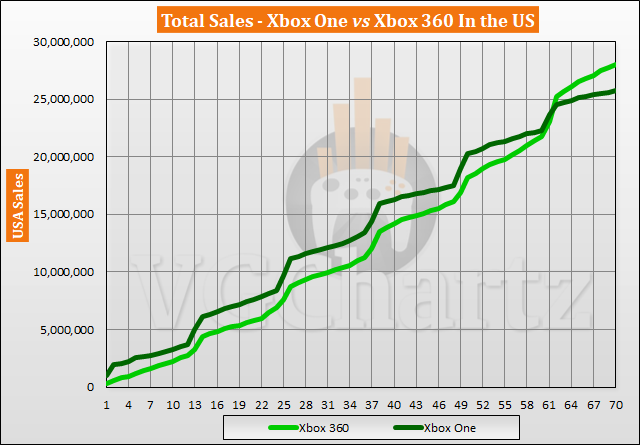 Note: Xbox 360 currently leads by 13.37 million units worldwide when you align the launches.

That Xbone stall. I used to be absolutely confident it'd top 50 million, now I'm not so sure.