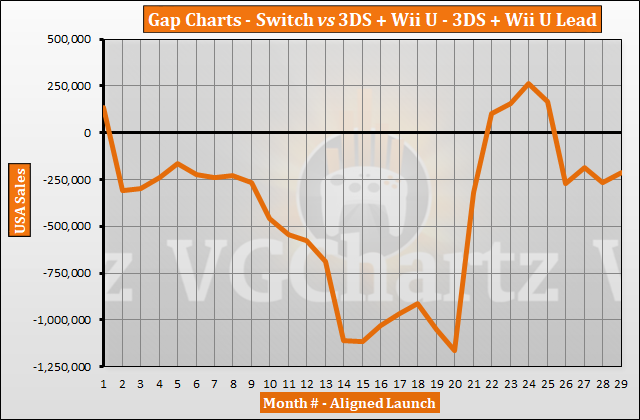 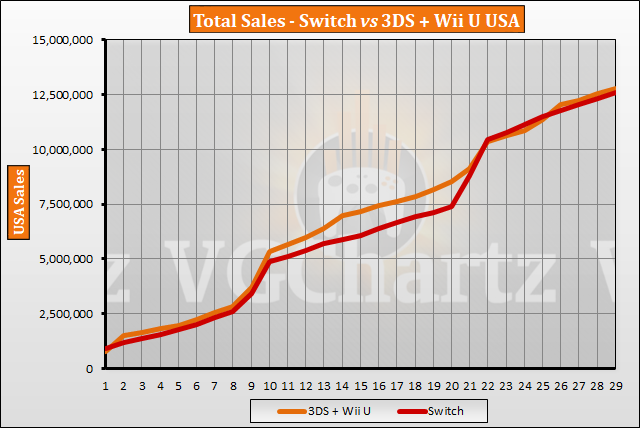 July 2019 is the 29th month that the Nintendo Switch has been available for in the US. During the latest month the gap grew in favor of the Nintendo Switch units when compared to the combined sales of the 3DS and Wii U during the same timeframe by 52,579. In the last 12 months the gap has grown in favor of the Switch by 750,187 units. The Switch is currently behind the 3DS and Wii U by 214,347 units.

Funny enough the WiiU christmases are barely visible in this.

Switch is going to pull ahead of 3DS + Wii during this coming holiday season and it will never look back.

The gap is closing further. :)

The calm before the Litestorm